The man is synonymous with the NBA or basketball in general, and even long after his glory days, he is a respected legend of the game. Don’t believe me?

Go on and Google NBA legends!

Lew played 20 seasons in the NBA for Los Angeles Lakers and Milwaukee Bucks.

Even after more than three decades, Kareem still remains the all-time leader in points scored, career wins and field goals made.

Here are some quick facts about the legend Kareem Abdul-Jabbar.

An American former professional basketball player, Kareem Abdul-Jabbar’s net worth as of June 2022 is a staggering $20 million.

Kareem has amassed a significant fortune from his successful basketball career, endorsement deals, acting gigs, and also as a bestselling author.

Similarly, he made a decent amount of money from public speaking stints and coaching the NBA team.

Kareem was offered $1 million to play for Harlem Globetrotters, but he declined their offer and was picked first by Milwaukee Bucks in the 1969 NBA Draft.

It was Milwaukee Bucks’ second season in the NBA.

Kareem was also chosen by the New York Nets in the 1969 NBA Draft.

After he agreed on Bucks’ $1.4 million offer, the Nets raised the stake with a guaranteed $3.25 million.

Nevertheless, he declined the offer.

Abdul played for Milwaukee Bucks up until 1975 and was traded to Los Angeles Lakers.

During the final season with the Lakers, Abdul earned his career-high salary of $3 million.

With the Lakers, his initial salary was around $500,000. Nonetheless, it increased substantially with time.

Aside from his NBA earnings, Kareem makes a handsome amount of money from his books royalties and acting jobs.

In 1980, Kareem appeared in the comedy/romance film Airplane as Roger Murdock.

In addition to that, Kareem served as an assistant coach for Los Angeles Lakers from 1998 to 1999.

An Average NBA assistant coach’s salary in the United States is around $40,000 per year. Given Kareem’s stature, he might have made a bit more.

Whatever the case, Kareem indeed bagged some money from his one-year stint as an assistant coach.

Net Worth of Kareem Abdul-Jabber in Different Currencies

Let’s look into Kareem Abdul-Jabbar’s net worth in different currencies, including the cryptocurrency Bitcoin.

Though Kareem currently lives in Manhattan, New York, he has traded some of the finest real estate across the United States.

Aside from these, Jabbar also owned a home in Beverly Hills, California.

Kareem has owned several high-end automobiles over the years.

Similarly, he owns other full-sized SUVs, including a Cadillac Escalade.

Kareem is one of the most decorated basketball players. He surely has had a long and illustrious NBA career.

He retired from the game in 1989 and currently engages himself in writing and acting.

Moreover, Alcindor converted to Islam in 1971 at the age of 24 and became Kareem Abdul-Jabbar.

His name in Islam means “the noble one, servant of the Almighty.” The name was given to him by Hamas Abdul Khaalis.

He met Habiba Abdul-Jabbar, his wife, to be at a Lakers game during his senior year at UCLA.

They got married in 1971 and had three children. His son Kareem Abdul-Jabbar Jr. played basketball at Western Kentucky.

In 1978, Kareem divorced his wife. He also has two other sons, one with Cheryl Pistono.

Kareem was a good friend of boxing legend Muhammad Ali. He performed a tribute to his friend in 2016 along with Chance The Rapper.

Let’s face it, the legend is not as fit as he used to be. Age has slowly taken its toll.

He suffers from migraines, and his use of medical cannabis to reduce the pain has had legal complications in the past.

Moreover, in 2009, Kareem announced that he was suffering from cancer of the blood and bone marrow.

The disease had been diagnosed in 2009, but Kareem said his condition could be managed by taking oral medications.

However, in 2009, he organized a press conference and said that he did not believe the illness would stop him from living a normal life.

Similarly, he donated 900 pairs of safety goggles to UCLA Health during the COVID-19 pandemic.

Abdul-Jabbar donated a house in Washington D.C for Khaalis to use as the Hanafi Madh-Hab Center.

Moreover, Kareem has written a regular column for Time regarding issues of race and religion.

Aside from that, Kareem supports charities such as Stand Up For Cancer, the American Association of Retired Persons, and the Entertainment Industry Foundation.

Abdul has also tried his hands at acting. The NBA star made his silver screen debut in 1972 with Bruce Lee’s film Game of Death.

Similarly, he appeared as co-pilot Roger Murdock in the 1980 film Airplane.

Aside from that, Abdul has appeared in several TV shows, including The Fresh Prince of Bel-Air, The Colbert Report, and Scrubs.

Likewise, he was announced as one of the writers for the 2019 revival of Veronica Mars.

Kareem appeared in an HBO documentary on his life titled Kareem: Minority of One.

In the same vein, he was nominated for Emmy Award for his mind-blowing narration in the History channel special Black Patriots: Heroes of the Revolution in 2020.

Moreover, he participated in the ABC reality series Splash (a celebrity diving competition) in 2013.

In April of 2018, he participated in the all-athlete season of Dancing with the Stars, in which his partner was professional dancer Lindsay Arnold.

As a world-renowned athlete Jabbar has endorsed several brands and companies.

Throughout his career, he earned at least $2 million from his endorsement and sponsorship deals.

Reportedly, he signed the most lucrative deal with Adidas. Interestingly, he was the first NBA player Adidas had signed and paid over $30,000 for the deal.

Aside from that, Kareem has endorsed AT&T, Nestle, and NBA2K.

As per Sports Illustrated, in 1980, Kareem’s manager died of cancer. Kareem was earning around a million a season as Laker, an extraordinarily high salary for the time.

However, the problem was Kareem did not know anything about money and investments.

So he hired Tom Collins as his manager.

When Abdul-Jabbar ordered an audit of his finances, he was shocked.

The audit showed that Kareem was liable for $9 million in debts.

Collins had used the money on a real estate development deal that went terribly bad in 1984.

Aside from being a record-setting NBA superstar, Kareem is also a published writer.

His first book, his autobiography titled Giant Steps, was published in 1983. It was a collaborative effort of Kareem and Peter Knobler.

Similarly, some of his other books include On the Shoulders of Brothers in Arms: The Epic Story of the 761st Tank Battalion and Giants: My Journey Through the Harlem Renaissance.

Kareem was born in New York City, United States, on April 16, 1947. He was born with an unusual abnormality. He was large and heavy as an infant.

Astoundingly, he was 6 feet 8 inches by the eighth grade.

Nonetheless, due to his irregular size, he excelled in basketball throughout his youth.

Abdul was able to dunk at the age of 12.

After high school, Kareem started playing on the University of California’s freshman team, and the rest, what they say, is history, my friends!

Is Kareem Abdul-Jabbar a Nigerian?

His parents were born in Nigeria. Kareem is of Yoruba descent.

Is Kareem better than Jordan?

Well, it is a topic of biasness. Jordan played 1072 games while Kareem played 1,560 games, and their numbers are still comparable. So you decide!

Nonetheless, get this Mr. Jabbar is the most underrated player of all time and says that he is okay with being underrated.

Did Kareem Abdul-Jabbar ever play against Michael Jordan? 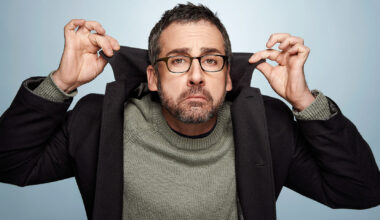 Read More
An American actor, comedian, producer, and director Steve Carell’s net worth is $80 million. He is widely famous…
NNet Worth 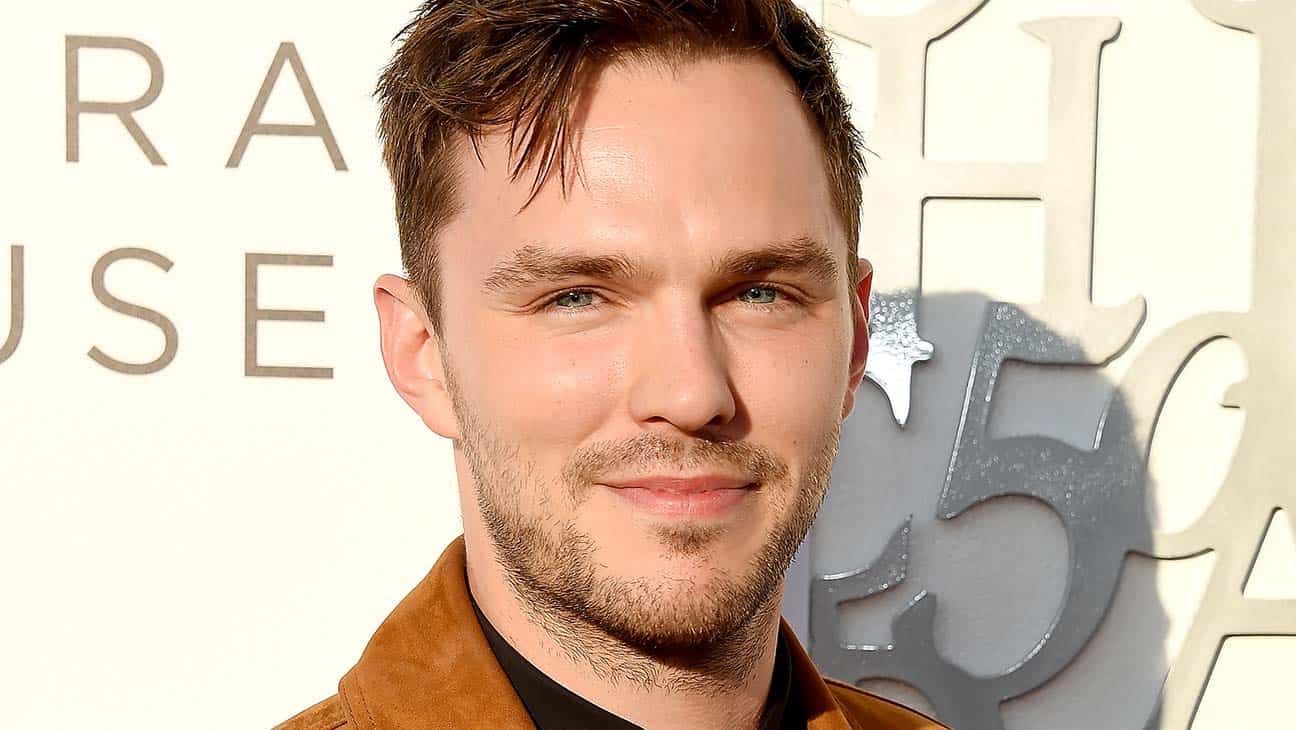 Read More
Nicholas Hoult, an English actor originally Nicholas Caradoc Hoult, has a net worth of $8 million. His resume…