It gives him ownership of the New York Knicks NBA team, the New York Rangers NHL team, and the Madison Square Garden stadium.

As the company’s chairman, James manages all internal operations and the day-to-day administration of its sports franchises.

Previously, he was the CEO of “Cablevision” until it was sold in June 2016.

Due to the Knicks’ lack of titles and his quarrels with fans and former players, Dolan is one of the lowest-rated sports club owners.

Multi-talented businessman, musician, and executive James L. Dolan has a whopping net worth of $2 billion.

His wealth started skyrocketing after inheriting his dad’s company and becoming its CEO.

Cablevision stated in early 2010 that they were spinning off their MSG assets and major sports into the newly established “Madison Square Garden Company.”

Throughout the remainder of the decade, James worked to expand his business.

In 2022, he signed new contracts to continue running MSG Sports and MSG Entertainment.

While his ownership of both businesses was never in doubt, the agreements do lay out new pay and bonuses for Dolan, which had previously been a legal stumbling block.

James will continue to serve as the executive chairman of MSG Sports, which contains all of Madison Square Garden’s sports teams and properties.

In addition, he will also work as CEO and executive chairman of MSG Entertainment, which holds the arena and MSG’s live entertainment business.

He will be paid at least $26.5 million per year for his duties with the two companies, based on a mix of starting salaries and equity grants.

Moreover, Dolan can earn annual incentives worth 200 percent of his base salaries.

His base salary as executive chairman of MSG Sports will be at least $1.25 million.

James’ base pay as CEO and executive chairman of MSG Entertainment will be at least $2 million.

His remuneration will be reviewed annually by the compensation committees of both companies to ensure that he is paid appropriately.

Let’s look into James L. Dolan’s net worth in different currencies, including the cryptocurrency Bitcoin.

The celebrity lives on Long Island, where he runs all his businesses while enjoying enormous wealth. He still lives in the house he owned with his ex-wife.

The 10,000 square-foot Colonial estate is in Oyster Bay, next door to his father’s much more prosperous mansion.

The mansion he resides in is considered a dream house for many people.

James also possesses a tiny neighboring property, which he has transformed into a recording studio for his band.

He has many residences besides his main home, which he utilizes for business purposes.

The value of his business houses located throughout America is $76 million.

He has a car collection valued at around $18 million.

However, he hasn’t revealed any of his vehicles in the media. Surprisingly, there are no photographs of his car on the internet.

But we are 100 percent sure that he has a huge collection of vehicles of classic and new cars, as well as several private jets.

On May 11, 1955, James was born in Massapequa, New York. He was one of billionaire Charles Dolan‘s and wife Helen Ann‘s six children.

Charles created an empire from nothing via years of difficult work and solid leadership, unlike James, who received his entire income and position in life by inheritance.

James initially wanted to be a musician, but he eventually decided to specialize in mass communications at SUNY New Paltz.

He then started working for Cablevision in various jobs, including sales, before being sent by his father to Cleveland to oversee the launch of a sports radio station.

Dolan struggled with drug and alcohol addiction throughout his adolescence and was allegedly renowned for having an explosive temper.

Moreover, he attended drug recovery at the Center City, Minnesota, Hazelden clinic in 1993.

Fortunately, the famous businessman found his love, Kristin Aigner Dolan, with whom he married in 2002.

Their wedding was held at the Mar-a-Lago Resort in Florida.

James has six sons, four of whom are from his former marriage.

Unfortunately, Kristen filed for divorce after 15 years of marriage, and the pair divorced in 2018.

Dolan rarely interacts with the press; instead, he sends statements to the media or interviews with MSG Network.

He established a strict policy against internal teammate criticism through the media in 2000 and required all staff to complete media training.

Following the policies, the MSG Network is not permitted to criticize the Knicks or the Rangers no matter how they play.

Other NBA teams have not routinely employed such methods.

James has been at the center of numerous controversies, much like many other celebrities and businesspeople.

Many basketball fans think he is unqualified to lead an NBA organization as historic and big as the New York Knicks.

The Knicks rose to prominence in the NBA during the glory years (1967–1975) and were renowned for their stable front office and good ownership.

However, the Knicks declined to an NBA falloff with little chance of success under the Dolan era, which began in 1999.

Numerous admirers and journalists have questioned his judgment.

Moreover, his anger management issue and continuous quarrel with fans make people wonder if he is worth owning such major teams.

James’ wealthy lifestyle has made it possible for him to travel to many different nations.

Along with his father, Dolan launched the foundation in 1998.

In 2008, Cablevision announced a multi-year pledge to subsidize the foundation’s costs, guaranteeing the total money to research this condition.

With James’ backing, Cablevision used its resources to push the “cure PC campaign” to raise public awareness of pancreatic cancer.

Similarly, he is also accountable for managing the “Holiday Rock & Roll Bash,” the foundation’s annual benefit.

Dolan played a role in arranging the “12-12-12” benefit event, which generated an initial $50 million for the survivors of Hurricane Sandy.

Other benefit events included “The Concert For New York City,” which raised more than $35 million in aid for 9/11 survivors and rescuers.

Likewise, James has committed to social responsibility, especially through the “Garden of Dreams Foundation.”

James never gave up on his desire to be a musician, despite all the success his family has showered upon him.

He presently plays with the band “JD & The Straight Shot,” a vanity project with blues influences.

Dolan hasn’t shied away from leveraging his professional and personal networks to advance his band, whose songs and visuals have been dubbed “very, really horrible.”

Thanks to his contacts, he has managed for his group to perform as the opening act for real performers, including The Eagles.

Throughout his career, he has had multiple business failures.

His purchase of the “Wiz” high-tech products business proved a costly mistake, as it incurred $250 million in damage before being liquidated.

Similarly, buying the “Clearview Cinemas Network” was a poor business choice, as it failed to generate money.

Nonetheless, he has made sound investments as well.

In the early 2010s, the corporation purchased a majority position in “Counter Logic Gaming,” a professional video gaming team, and a digital media, “Townsquare Media.”

He spent an estimated $200 million for majority ownership in the nightlife business “Tao Group.”

The Dolan family maintains considerable control over MSG Sports and MSG Entertainment, both as stockholders and through its influence on the board of directors.

James’ compensation has previously been a source of conflict.

In 2019, an MSG Sports shareholder sued the firm and Dolan for excessive compensation.

The two sides reached an agreement in 2020 in which MSG admitted no responsibility, but James returned more than $30 million in stock rewards.

It was the result of an internal review that resulted in that conclusion. MSG Sports further stated that he would not be compensated for his losses.

He went to work at “Cablevision” after graduating. He worked for the company for the following few years before being named CEO in 1995.

James opposed his father’s Voom satellite service plan, which became a source of dispute within Cablevision’s Board of Directors.

According to James’ father and his allies, Voom had the potential to make Cablevision a successful firm in the flourishing satellite industry.

Whereas James and others believed it is too expensive with no cost relief.

Ultimately, he succeeded in the dispute, and all Voom-related efforts at Cablevision were halted.

The event enabled him to step out of his father’s shadow and establish himself as a viable businessman.

Cablevision purchased 50 percent of the Madison Square Garden from Viacom in 1994.

The remaining 50% of the stocks were acquired by the ITT Corporation, which eventually sold them to Cablevision in 1997.

He became more active in operating Cablevision’s sports holdings in 1999.

Who is James L. Dolan dating?

As of now, he hasn’t revealed any of his affairs since his divorce.

Which is the latest album of James L. Dolan?

His most recent album was “The Great Divide,” released in 2019.

Who has a higher net worth James L. Dolan or his father?

His father has a net worth of $5 billion, which is $3 billion more than James. 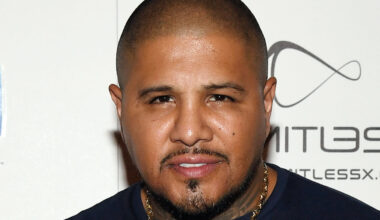 Read More
American retired professional boxer Fernando Javier Vargas, aka Fernando Vargas’s, net worth is $500,000. He was active in…
NNet Worth 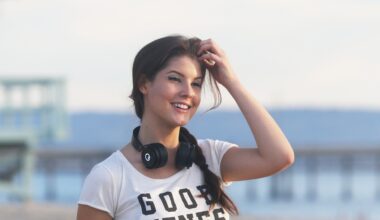 Read More
As a famous American YouTube star, television personality, model, and actress, Amanda Cerny enjoys her net worth of…