The incredibly successful and popular American golfer Philip Alfred Mickelson in short Phil Mickelson’s net worth, is an enormous $300 million.

Nicknamed “Lefty,” Phil has won almost every major golf championship except for the US Open, where he has finished runner-up and that too for a record six times.

Mickelson is one of the 17 elite golfers in history to have won three of the four majors.

A year ago, the 50-year-old astounded the sports world by winning the PGA and becoming the oldest player to win a major.

In 2012, Phil was inducted into the World Golf Hall of Fame.

Nevertheless, he remains in a self-inflicted exile from the sport after making a statement about a new tour financed by money from Saudi Arabia.

He also withdrew from his Masters in April 2022.

You think you know Phil Mickelson. Here are some quick facts that can help you understand him even better:

What’s with the golf world lately?

Tiger Woods became a billionaire, and Phil is on controversial hiatus; there’s so much happening in the sport, and the boring game for some people has suddenly become interesting with the recent news and headlines swirling on social media.

One of the greatest golfers of all time, Phil Mickelson’s net worth as of October 2022 is a staggering $300 million.

As one of the most successful golfers on the planet, Phil has made a total of $800 million over the course of his career.

It would surpass the $1 billion mark if we were to consider his apparent $200 million earning from the LIV league.

Talking about his golf earnings, Phil has made a little over $100 million in tournament money, which is second among career money leaders and about $20 million shy of that of Tiger Woods, who is the first on the list.

In a typical year, Mickelson earns anywhere between $30 to $50 million, out of which the vast majority comes from lucrative endorsement deals.

He has been ranked on the Forbes list of Highest-Paid Athletes a few many times throughout his career.

According to Forbes, in 2022, he earned $44.3 million from tournament earnings and endorsements.

And astonishingly, the total amount included just $3.3 million from golf tournaments, and the remaining $42 million came from endorsements.

This made Phil the 31st highest-paid athlete on the planet.

Phil Mickelson has made the most money from Masters Tournament and AT&T Pebble Beach Pro-Am.

With 17 appearances in Wells Fargo Championship, Phil Mickelson has earned $3,613,435.

Similarly, he’s won two of nineteen events in that he competed in Genesis Open with a total earning of $3,879,843.

Phil has won one event out of 25 total participation in The Open Championship, earning $4,141,028.

His earnings from Masters Tournament is $8,044,717 from 28 appearances and three wins.

Phil has been dealing with backlash from comments he made about Saudi Arabia-based golf league, LIV Golf.

So what landed the golf star in hot water?

Phil made a series of comments related to a planned Saudi Golf League, LIV, including calling the PGA Tour a “dictatorship.”

He brought out the various points regarding Saudi Arabia’s human rights records and execution of people for being gay while also supporting the new league and how it is a great business opportunity over the PGA.

In the wake of the interview, he lost one of his most valuable sponsors.

In June 2022, Phil reportedly signed a $200 million deal to join the LIV league.

And according to the sources, he has already received $30 million upfront for his participation.

Net Worth of Phil Mickelson in Different Currencies

As of October 2022, Phil Mickelson’s net worth is a staggering $300 million, and the data below shows how much it’s worth in other currencies, including the infamous crypto Bitcoin.

Phil, along with his wife Amy, has purchased several real estates across the United States.

However, they could not offload the property at that price point.

After a few years, in 2015, the couple accepted $5.725 million bearing a considerable loss.

Moreover, Phil has a property in Jupiter, Florida, which he purchased back in 2020 for an undisclosed amount.

Phil Mickelson’s net worth as of October 2022 is a staggering $300 million.

Mickelson has a few but impressive cars in his collection.

Moreover, Mickelson has won many cars from tournaments over the years and has been very generous at giving them away.

As one of the most decorated and successful golfers and business personalities, Phil has to travel to different cities every often, and when he travels via air, he does not fly commercial but goes private.

And if the pilot is ever on a day off, Phil gets to the cockpit and flies it himself, and no one can bat an eye on him since he is a licensed pilot himself.

Phil Mickelson leads a lavish and, most importantly, disciplined lifestyle.

Sure, he does have craving for finer things in life, but he is also a modest individual at the same time who loves doing the regular stuff just like you and me.

He is a much-disciplined individual; be it his eating habits, workout regime, or hanging out with friends and family, he does it with his own level of precision.

No wonder he is successful!

As a way to reset his immune system, he does three-day fasts every few months.

The age-defying fasting has worked perfectly for Mickelson, and the results are self-evident.

While today’s 30-year-olds complain about their back pain, Phil, on the other hand, looks fit as a fiddle and super young even in his early 50s.

Most of the charitable endeavors of Phil are carried out via his Phil and Amy Mickelson Foundation.

He founded the privately funded nonprofit along with his wife Amy with the main objective of supporting a variety of youth and family initiatives.

Similarly, he also founded Birdies for the Brave along with his wife.

Every season he donates to the charity, giving $100 for each birdie he and $500 for each eagle he makes.

He has the repute of being one of the most generous golfers in the world.

Aside from golfing tournaments, the majority of his income stems from brand sponsorships.

Out of the total of $800 million in career earnings, Phil made only $100 million from tournaments and prizes, which means he earned the remaining $700 million from endorsements and businesses.

He began endorsing the drug Enbrel in 2010 after being treated for psoriatic arthritis.

Phil also had a deal with Barclays, but that ended in 2016 after 15 years.

The golfer earned a whopping $40 million between 2017 and 2018 from salary and endorsements.

Furthermore, besides holding multimillion dollars’ worth of real estate, Phil has invested heavily in golf courses in different parts of the States.

He is an investor in more than six golf courses in Arizona.

This generates a decent income for the golfer every year from membership fees.

He won three Haskins Awards and three NCAA individual championships while still in the university.

Over his collegiate career, Phil won 16 tournaments in total.

He was also the second collegiate golfer ever to earn first-team All-American honors four years in a row.

While still an amateur, he won his first PGA Tour event in 1991 in the Northern Telecom Opel.

Is Phil Mickelson a natural right-hander?

Yes, he is a natural right-hander.

What is Phil Mickelson ranked in the PGA?

Phil is currently ranked at number 55.

Has anyone ever birdied all 18 holes?

No man or woman on any significant professional golf tour has birdied all 18 holes. 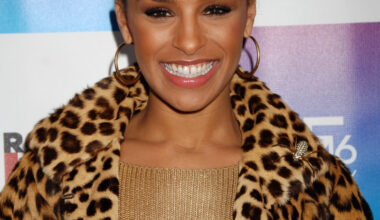 Read More
American dancer, singer, television personality, and songwriter Melody Thornton has an estimated net worth of around $4 million. …
NNet Worth
Deborah Meaden, a British businesswoman, investor, and multi-millionaire, who has a staggering net worth of $40 million. In…