Giannis often plays as a power forward, in addition to the center and forward positions for the Milwaukee Bucks of the National Basketball Association.

Nicknamed “Greek Freak,” Giannis is primarily known for his ball-handling techniques as well as for his size, strength, and speed.

He is one of the most decorated players in the NBA, with several records and accolades to his name, which truly justifies his popularity in the present.

For instance, he received NBA Most Valuable Player Awards for two consecutive years in 2019 and 2020, joining the league of absolute legends in the NBA, including Kareem Abdul-Jabbar.

In addition to his popularity as one of the most iconic players, he is also one of the highest-earning athletes in the world.

Giannis Antetokounmpo’s net worth as of June 2022 is a whopping $70 million. Here are some quick facts on the star player.

“Greek Freak,” Giannis Antetokounmpo’s net worth as of June 2022 is a whopping $70 million.

Just like any other NBA player, Giannis earns money primarily through his NBA salaries, incentives, and bonuses.

Nonetheless, what’s uncommon about Giannis is that he is signed to the Bucks in the largest contract ever in NBA history.

Aside from that, he also makes money from endorsement deals and business pursuits.

As a matter of fact, Antetokounmpo earns at least $20 million per year on average from his various brand deals.

Moreover, he has appeared on Forbes’s list of highest-earning athletes several times over the years, with tens of millions of dollars in annual income.

His income was $35 million between June 2017 and June 2018 which he made through NBA salaries and endorsement deals.

With each passing year, Giannis has been able to outperform himself in comparison to the previous year, which has not only helped him in upping his career records but also fattening his bank balance with greens.

That year he earned $19.6 million in NBA salaries and $28 million from endorsements.

In 2022, Giannis featured on the Forbes list of highest-paid athletes in the tenth spot with total earnings of a staggering $80.9 million.

Giannis Antetokounmpo was drafted by the Milwaukee Bucks 15th overall in the first round of the 2013 NBA Draft.

Giannis became a free agent in 2017, which did not last long as Bucks offered him a bird extension the same year.

This four-year contract was worth a staggering $100 million and came with all the bells and whistles.

It paid Giannis an annual salary of $25 million, and the entire amount of $100 million was guaranteed at the sign.

However, still, Giannis’s big payday was yet to come.

After the bird extension expired in 2021, Giannis signed a supermax extension with the Milwaukee Bucks.

It still is the largest active contract in the NBA.

Giannis is a big guy and has fouled the fellow players out of rage or unknowingly on several occasions over the years.

And we are aware that each time a player fouls, he forfeits the money.

In 2015, he received a one-game suspension and forfeited $17,763 for shoving Mike Dunleavy during the CHI-MIL game (playoff)

Similarly, on August 12, 2020, Giannis received another game suspension and forfeited $178,226 for head-butting Mo Wagner (WAS).

Aside from that, he has been charged with ejection and technical fouls numerous times, which makes up for the remaining amount in total of $261,989.

Net worth of Giannis Antetokounmpo in Different Currencies

Giannis Antetokounmpo’s net worth as of June 2022 is a staggering $70 million, and the following data shows how much it’s worth in some other currencies and crypto.

Giannis Antetokounmpo’s net worth as of June 2022 is $70 million.

What good is multi-million dollars if you don’t know how to invest or spend it?

With a staggering $70 million net worth, Giannis Antetokounmpo can buy pretty much any property he wants.

However, since he plays for Milwaukee Bucks, he has invested in a gorgeous mansion in Wisconsin.

The Greek Freak traded in his downtown Milwaukee penthouse for a $1.8 million mansion in River Hills, a small village in Milwaukee County.

The mansion features 9,000 square feet of living space, six bedrooms, and seven and a half bathrooms.

Similarly, Giannis made a major real estate investment in 2021 in his home country of Greece.

He purchased two villas in the new Rolling Greens neighborhood of Messinia, Greece, in 2021.

The average asking price of the villa in the place starts at around $1.88 million. Giannis spent nearly four million on two villas.

Giannis Antetokounmpo has a fleet of luxury cars that he cherishes.

He used to drive a modest $50,000 GMC Yukon SUV, but he has now shifted to more stylish and fast supercars.

He has an endorsement deal with BMW, and after featuring in one of their commercials, he got himself a black BMW I8 worth $150,000 and even bought a silver one for his brother.

He and his family have even faced homelessness, but those days are long gone now.

Antetokounmpo leads a lavish lifestyle and loves treating himself with expensive treats.

He has a massive car collection and property investments in different parts of the world, and to support his luxurious life, he has NBA contracts, brand deals, and investments.

So, spending money is not much of a problem for Antetokounmpo.

However, with all that, he still remembers his roots and often spends his free time helping the needy and underprivileged.

Moreover, Giannis is known for his love for expensive timepieces, given his good times, of course.

He has a collection of expensive custom watches from different international brands.

During his early NBA days, he used to wear only one watch, a baseline Rolex Oster Perpetual worth around $6,000.

However, as his income increased, so did his choice of timepieces.

He also has a Rolex Sky-Dweller worth $25,000, the same model that NBA legend Michael Jordan wears.

Furthermore, calling Gannias a sneaker head can be a bit of an understatement as he owns at least 4,000 pairs of sneakers from different elite brands.

Looks like he needs to buy another house just for his kicks!

NBA star Antetokounmpo knows how it feels not to have as he has faced homelessness himself.

So he often engages in charities and fundraisers and does his part for the community.

He established Antetokounmpo’s Academy in 2019 along with his brothers, with the aim to help and support underprivileged boys and girls to kick start their basketball careers.

The foundation is backed by Nike, one of Gianni’s most prominent endorsers.

Similarly, during the global pandemic, the Antetokounmpo family donated $100,000 to Fiserv Forum staff.

For ball players in the United States, brand endorsements are the major money draws, and Giannis is no exception.

He has signed tons of brand deals, most notably with Nike.

Before even reaching the NBA, Giannis had a shoe deal with Nike. The pay, however, at the time was relatively low. It was worth $25,000 per year and also featured a $5,000 signing bonus.

He signed a long-term deal with the brand in 2017. Only, this time his pay was in millions.

Before reaching the agreement, there were a number of speculations about the total worth of the deal by different media.

However, as per Forbes, Giannis received an estimated $9 million in the first year of the deal.

Aside from Nike, Giannis’s endorsement income has been supplemented by brands and companies such as Hulu and Metro by T-Mobile.

His most recent brand deals include WhatsApp and Google’s Pixel 6 phone.

Similarly, he signed a licensing deal with the NFT platform NFTSTAR.

Antetokounmpo was also the investor in the timepiece resale platform WatchBox’s $165 million funding round.

In 2022, he made a whopping $41 million from brand deals and investments alone.

As of June 2022, Giannis Antetokounmpo’s net worth is a whopping $70 million.

Giannis Antetokounmpo made his NBA debut at the age of 18 in 2013, which made him the youngest NBA player in history.

He averaged 6.8 points and 4.4 rebounds in 77 appearances during his rookie season.

He continued to polish his skills in the 2015-16 season, increasing his average scoring to 17 points a game.

With his impressive stats, Giannis has already made a solid name for himself in the NBA, and we wish him nothing but luck for his future endeavors.

How high can Giannis touch?

Giannis’s max vertical reach is 12 feet 2 inches. He has a wingspan of 7 feet 4 inches.

How many 3’s has Giannis made?

Giannis Antetokounmpo has hit 447 three-pointers in his career. 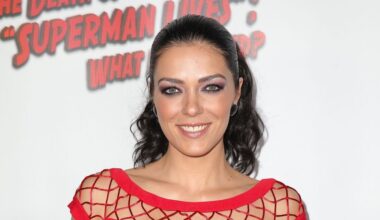