Let’s face it the sports industry is not the same as before. While in the past, it was just a source of entertainment to the audience and players, today, it is so much more than that.

It is a multi-billion dollar empire.

With people getting hooked into their smart devices most of the time, it’s ever so easy to get the updates at a touch of your hand in your comfort.

With the rise in technology, viewership of sports has increased considerably over the past decade, which has helped big brands to connect to people effortlessly.

Today’s players are much more than your old athletes.

They are gold in terms of marketing big companies and brands and entrepreneurs themselves.

Athletes today make far more money off the field than on it.

Did you know in 2022, fifty of the highest-paid athletes collected an astonishing $2.97 billion?

This year top athletes collected $200 million more over the last 12 months before taxes and agent fees than the last year.

So, without wasting any more of your precious time, let’s delve right into it, but first, check out the overview.

Here is the list of this year’s 15 highest-paid athletes with their earnings:

The information and details has been compiled from various trusted sources on the web, including Forbes, Spotrac, and PlayersBio.

Tiger Woods returned to competitive golf at the Masters in April of 2022 after sustaining serious foot and leg injuries in a car crash in February 2021.

We know what that means. His golfing this season was a total bust.

However, his off-the-field earnings made him the 15th highest-paid athlete this year.

Woods earned a mere $40,000 this year from his golfing prize money and incentives, while $68 million came from his other endeavors.

Since turning pro in 1996, he has earned $1.7 billion from appearances, endorsements, course design fees, and other endeavors.

Tiger, in association with sports equipment company TaylorMade, created his first set of irons in 2019.

In addition to that, his designed golf course named Payne’s Valley opened in 2020 in Missouri.

One of the richest athletes in the world, Tiger Woods, has a net worth of $800 million as of this writing.

With the earning of $68 million, the Green Bay Packers quarterback, Aaron Rodgers, has secured the 14th spot on the list of highest-paid athletes this year.

Rodgers signed a three-year $150 million contract extension with the Packers in March 2022.

This deal came with a $40.8 million signing bonus and an average annual salary of $50.27 million in addition to other incentives and bonuses.

Similarly, he is a minority stakeholder in the NBA’s Milwaukee Bucks, which he purchased back in 2018.

Furthermore, in association with Roth Capital, the four-time MVP winner Rodgers launched a $50 million venture and growth-stage fund in 2019.

This year quarterback of the Los Angeles Rams, Matthew Stafford, made $72.3 million with $69.8 million on the field and $2.5 million off the field earnings.

After 12 seasons with Detroit Lions, he was traded to Los Angeles Rams in March of 2021.

The contract pays him a $60 million signing bonus, $40 million in average annual salaries, $63 million in guarantees, and $130 million in the total guarantee.

Before this, he was inked to five years $135 million contract, which he had signed in 2017 and was the richest contract in NFL history.

Harden left Houston Rockets for Brooklyn Nets and then was dealt with Philadelphia 76ers in February of 2022.

Similarly, his 13-year deal with Adidas, which he signed in 2015, pays him pretty awesome each year. He signed a $200 million deal to become the face of the brand.

In addition to that, Harden had an equity stake in sports drink company Bodyarmor and scored a considerable payout when the beverage company Coca-Cola bought the brand in 2021.

Harden has a minority stake in the Houston Dynamo of Major League Soccer which he purchased in July 2019 for $15 million.

With the earnings of $79.2 million, Russell Westbrook has secured an eleventh place on the list of highest-paid athletes this year.

Westbrook signed a five-year, $207 million contract extension with the Oklahoma City Thunder in 2017.

This was the NBA’s biggest-ever contract in terms of total value at the time.

The contract is due the upcoming season, and it’s currently paying Russell a staggering $41.35 million average annual salary.

The nine-time All-Star earned $35 million off the court via his endorsement deals with top-tier brands and companies, including Nike. He received his first signature sneakers in 2018.

As of October 2022, Russell Westbrook’s net worth is a staggering $170 million.

The only player in this year’s top ten list still in his 20s, Giannis Antetokounmpo earned $80.9 million.

He has an ongoing five-year $228 million contract with Milwaukee Bucks’ which he signed in December 2020.

His most recent brand deals include WhatsApp and Google’s Pixel 6 phone.

Similarly, he signed a licensing deal with the NFT platform NFTSTAR.

Antetokounmpo was also the investor in the timepiece resale platform WatchBox’s $165 million funding round.

As of October 2022, Giannis Antetokounmpo’s net worth is $70 million.

He returned with a bang and performed spectacularly in the 2021 season at the age of 43.

His NFT platform Autograph raised a whopping $170 million in Series B funding.

Similarly, his production company Religion of Sports struck a content deal with Skydance Sports in March 2022.

Brady has already lined up a lucrative gig for himself post-retirement.

Rumors have it that Brady’s role as a commentator with Fox Sports will pay him a total of $375 million over ten years, way more than he earned on the field across 22 seasons in NFL.

Also, Read About the 25 Richest Tennis Players in the World

Mexican boxer Canelo Alvarez made $90 million this year with $85 million on the ring and the remaining $5 million off the ring earnings.

He is boxing’s top draw.

Alvarez made $40 million from his two pay-per-view wins last May and November.

Aside from the ring, Caleno has a money-spinning partnership with the French producer of Cognac Hennessy.

He also owns a taco restaurant in Mexico with plans to expand to Los Angeles.

Similarly, Alvarez plans to launch a chain of gas stations.

Though injury limited Federer to just six tournaments in 2020 and 2021 combined, and he has yet to return to the court in 2022, Federer bagged enough money this year to be featured on the highest-paid athlete’s list. As always!

He made just $0.7 million from tennis, while $90 million came from his off-the-court earnings.

Despite his injury, the former No. 1 tennis player remains on top of the endorsement game, promoting brands such as Rolex and Uniqlo.

In 2019, Federer invested in the flourishing Swiss shoe brand On.

The company raised over $600 million when it went public in September 2021.

Federer has an astonishing net worth of $550 million, making him the second richest tennis player of all time.

His deal with Nike alone earns him $28 million per year.

Durant has an endorsement deal with NBA Top Shot, Weedmaps, and Coinbase.

Similarly, he has invested his millions in the NFT platform OpenSea and also Future, a digital fitness startup.

Another NBA player on the list, Mr. Stephen Curry, made $92.8 million this year out of which $45.8 million came from basketball salaries, bonuses, and incentives, and $47 million came off the court.

Curry made the most in NBA salaries than any other player this year.

He has an ongoing 4-year $215.35 million contract with Golden State Warriors, which he signed in August 2021.

The contract pays Curry an average annual salary of $40 million.

Off the court, Stephen owns a Production Company named Unanimous Media which signed a development deal with Comcast NBCUniversal in September 2021.

In addition to that, his endorsement deal with FTX came with an equity stake. Curry is deep into blockchains and NFTs, which is the next big thing considering the market trend.

The Brazilian soccer player Neymar made a whopping $95 million this year.

Off the field, he has lucrative brand deals with Red Bull and Puma.

Similarly, PSG forward is the subject of the Netflix docuseries Neymar: The Perfect Chaos.

Aside from that, Neymar has also dabbled in the world of NFTs. He signed a deal with NFTSTAR in November of 2021.

As of this writing, Neymar’s net worth is $200 million.

The second richest soccer player in the world, with a net worth of $500 million, is third on the highest-paid athletes’ list in 2022.

This year Ronaldo made $115 million, with $60 million on the field and $55 million off the field earnings.

One of the most famous faces in the entire globe with an astonishing fan following on social media, Ronaldo’s earnings heavily depend on his endorsement deals.

He is the most followed person on Instagram with 443 million followers and earns $1.6 million per sponsored post on the platform.

In addition to his prevailing endorsement deal with Nike, Clear Shampoo, and Herbalife, he is also an investor in Tatel restaurants.

Despite the fact that Los Angeles Lakers missed the playoffs this season, King James has never been so dominant off the court.

This year Lakers shooting guard James made $121.2 million combining on and off-the-field earnings.

He made $41.2 million on the court and $80 million from his other pursuits.

In October 2021, James sold his substantial minority stake in production company SpringHill at a valuation of around $725 million.

This made his net worth of $500 million hike to a staggering $850 million, according to Forbes’s estimates.

He also signed an endorsement deal with Crypto.com in January 2022.

In addition to that, James recently invested in Tonal, a home gym company, and a sports tech startup StatusPRO.

Soccer player Lionel Messi has won the title of the world’s highest-paid athlete for the second time this year.

Messi reportedly made a whopping $75 million on-field, while the remaining $55 million came from endorsement deals.

He signed one year $20 million deal with digital fan token company Socios.com which is add on to his endorsement portfolio that includes Budweiser, PepsiCo, and Adidas.

In addition to that, Messi became the first athlete ambassador of Hard Rock International, which was announced in June 2021.

Two of soccer’s biggest names took massive pay cuts as they switched clubs this season. Whatever the case is, their boost from endorsement keeps them at the top of the list.

LeBron James broke the $100 million mark for the first time this year.

One more thing we noticed this year is athletes are turning their heads into NFTs and blockchain technology which seems like a pretty good deal, maybe not for now but in the future.

Also, Read About the 10 Highest Paid Sports In the World 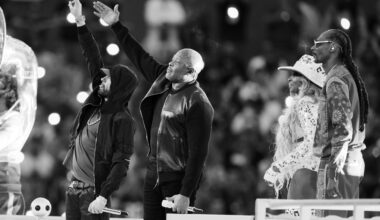 Read More
The Super Bowl Halftime Show is one of the most eminent sporting events of the year. While the…
TTop List 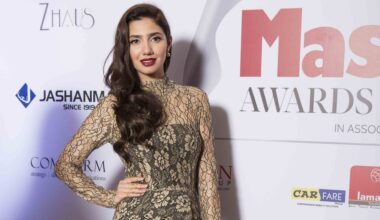 Read More
Beautiful Pakistani Women!! Known for their breathtaking beauty and unrivaled grace, Pakistani women are fine in all sectors…