Erik is best known for his performance in the NBC police drama “CHiPs” as California Highway Patrol officer Frank Poncherello.

Later in his career, he appeared in a few Spanish-language soap operas.

In addition, he has starred in a variety of television shows, infomercials, and reality shows.

Furthermore, Erik also had a recurring role as a voice actor on the Adult Swim show “Sealab 2021.”

To understand more about Eric Estrada, let’s look at his quick facts.

Erik Estrada | Net Worth and Income

He has accumulated a huge wealth through a successful career in movies and television series.

With his role in “ChiPs,” a television drama series, he began earning significant money. He started at $5,000 per episode in 1977, rising to $9,000 per episode the following season.

“Dos Mujeres, un Camino” was the actor’s most notable telenovela role, which he played in 1993.

“Dos Mujeres, un Camino” was supposed to have 100 episodes but ended with over 200. It was one of the most popular soap operas in Latin American history.

Estrada was apparently paid one million pesos for his role, which equals around $49,000 in today’s price.

Some of Erik Estrada’s movies’ box office collections are given below:

These blockbuster movies have helped Erik generate a large chunk of money, piling up his wealth.

Similarly, Estrada has also appeared in lucrative sponsorship and advertisement deals. These agreements have helped him to secure a good source of income.

Let’s not forget about his production and other businesses, which have increased his net worth.

Let’s look into Erik Estrada’s net worth in different currencies, including the cryptocurrency Bitcoin.

Estrada lives with his family in Los Angeles, California.

He purchased the 1,322-square-foot house for a price of $167,100. There are three bedrooms and two bathrooms in the home.

Eric Estrada owns a couple of luxurious cars that he has collected throughout his career.

Estrada had a 1980 Rolls-Royce Silver Wraith II for a long time.

He also participated in the TV show “Unique Rides” with his 1980 Silver Wraith. The automobile was completely transformed and repainted white for the presentation.

When Estrada moved to Hollywood from Spanish Bronx in the 1970s, he developed a taste for Rolls-Royces.

Estrada got work at a car wash in Los Angeles while pursuing a career as an actor. Many celebrities would arrive in Rolls-Royces, which Estrada would clean and return.

Erik would fantasize about owning one while washing them, which he eventually did after appearing on the show “CHiPs.”

From the television series, he received a new white Rolls-Royce Corniche Convertible.

Multi-millionaire actor Erik Estrada lives a comfortable lifestyle with a net worth of $4 million.

He was born to Carmen Moreno, a seamstress, and Renildo Estrada. Both of Erik’s parents are of Puerto Rican descent.

In November 1979, Estrada married Joyce Miller; the couple separated in 1980 and had no children.

From 1985 to 1990, he wedded Peggy Lynn Rowe, a Hollywood executive, songwriter, and producer.

The couple divorced in 1990. Anthony Erik and Brandon Michael-Paul were the couple’s two kids.

Similarly, Marie Osmond admitted to Andy Cohen on an episode of “Watch What Happens Live” in 2019 that she had dated Erik for a short time.

Estrada is a Blue Knights motorcycle club member. He’s also a member of the philanthropic and service organization “Loyal Order of Moose.”

Estrada then traveled to Bedford County, Virginia, where he worked as an I.C.A.C. (Internet Crimes Against Children) detective for eight years.

Erik has been discovered by a new generation and culture, who recognize him as “Johnny” from Televisa’s number 1 international series “Dos Mujeres, Un Camino.”

The series debuted at the top of the ratings in the United States, Mexico, and throughout Latin America.

Erik’s greatest gift as a Latino actor was learning to speak perfect Spanish as an adult and ‘discovering’ his cultural ancestry while filming the famous serial.

As a result, he has become a cultural figure.

Estrada loves to spend quality time with his daughter and sons. He likes taking a vacation from his busy schedule to relax and energize.

In 2017, he took his family to Disneyland for Christmas vacation.

Similarly, recently, he was seen at Paradise Island in the Bahamas with a fan.

As of October 2022, Erick Estrada’s net worth is a massive $4 million.

Erik is a proud supporter of “American Humane.” The organization rescues, shelters, feeds, and protects nearly one billion animals each year worldwide.

Similarly, he also supports “The Smile Train,” which delivers free lip treatment to thousands of disadvantaged children in underdeveloped countries.

In 2000, Estrada was named the global face of D.A.R.E., an anti-drug education campaign.

He’s also a supporter of organizations including the American Heart Association, the United Way, and the C.H.P. Foundation, which helps the families of California Highway Patrol officers.

Estrada first appeared in the CBS daytime drama “The Bold and the Beautiful” in 2001.

In 2002, Erik appeared as a guest on an episode of “Spy TV.” He appeared in the second season of “The Surreal Life” and the “Discovery Health Body Challenge” in 2004.

Likewise, he also appeared in “Space Ghost: Coast to Coast,” a Cartoon Network show. Estrada has featured as a guest star in the children’s show “Maya and Miguel.”

He also starred in the CBS reality show “Armed & Famous,” which was short-lived. Similarly, in 2008, Estrada starred in the television movie “Husband for Hire.”

He began co-hosting “The World’s Funniest Moments” in 2010.

In 2013, he featured in “Finding Faith,” a movie about a young adolescent kidnapped from an internet meeting.

Erik took the film on the road, intending to teach parents and children about the risks of online abuse.

Erik has ventured into the world of words with the release of a book.

In 1997, “Erik Estrada: My Road from Harlem to Hollywood,” his autobiography, was published.

Erik is rumored to have a good investment portfolio in real estate.

Similarly, he has made a few movies to increase his net worth. “CHiPs ’99,” “Caged Fury,” and “Alien Seed” are the films he has produced.

Erik has endorsed several products and companies to increase his wealth.

In the 2008 presidential election, he endorsed Republican John McCain.

In 2017, he attended the Pekin Marigold Festival in Pekin, Illinois as a celebrity guest.

Similarly, Erik has also been featured in the Burger King advertisements.

He made his film debut as Nicky Cruz in the 1970 film adaptation of “The Cross and the Switchblade.”

Similarly, Erik co-starred in the CBS TV series “Hawaii Five-O: Engaged to be Buried” in season 5, episode 22 in 1973.

He began martial arts training in 1978 to train for a two-part episode of the sitcom “CHiPs.”

Moreover, he had a streak of low-budget films in the 1980s.

In a three-part episode of the cop drama “Hunter” in 1987, he made a comeback to the television.

He appeared in the famous telenovela “Rosa Salvaje” the same year.

Some Interesting Facts About Erik Estrada

Was Erik injured during the production of CHiPs?

He was gravely wounded when he fell from his 600-pound motorcycle during the production of a scene in 1979; he broke both wrists and fractured many ribs.

What does Erik do now?

He’s currently working as a police officer in real life.

Why did Larry Wilcox and Erik not get along?

They didn’t get along due to competition between them on the series “CHiPs.” 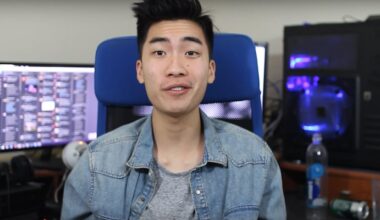 Read More
An American YouTuber and rapper, RiceGum has an estimated net worth of a staggering $8 million as of…
NNet Worth 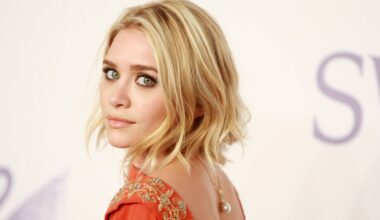