The American politician, media personality, businessman, and the 45th President of the United States, Donald John Trump, has an estimated net worth of 2.4 billion USD.

Donald John Trump is best known for being the 45th president of the United States. His political ideologies are populist, protectionist, isolationist, and nationalist in nature.

Trump won the 2016 presidential election as a Republican in an upset victory against Democratic nominee Hillary Clinton.

Throughout his Presidency for four years, Trump was heavily criticized for his false statements and “racist” actions.

He was a nominee in the 2020 presidential election; however, he lost to the current President, Joe Biden.

Along with being an American politician, Trump is also an excellent businessman. He owns several businesses under his name and has made billions off it.

In addition to politics and business, Trump is also a media personality and has appeared as a cameo in several movies and television shows.

Following are some quick facts about the former president of the USA.

Donald Trump | Net worth and Income

While Donald’s total net worth is unknown, Forbes estimated it to be $2.4 billion.

His wealth accumulates through his businesses and investments, inheritance from his father, gifts, and loans.

Meanwhile, some of it is suspected to be through trust funds, suspected fraudulent arrangements, and fundraising.

In 2018, The New York Times reported that Trump inherited around $413 million because of his father, Fred Trump’s business empire.

However, Trump himself tends to downplay the amount of inheritance, but according to The New York Times, he was a millionaire by age 8.

Although Trump’s performance in running his business is good, it is not the case with his investments.

The Economist in 2016 revealed that in 1978, his net worth was $100 million, which would have increased to $6 billion by 2016 if he had invested it in a typical retirement fund.

Even during his presidency, political fundings went to his personal business funds.

After his presidency ended, Trump lost millions of dollars in funding. New York City revoked its contracts with the Trump Organization, which paid him $17 million per year.

Many large companies ceased their political contributions to Trump after the storming of the Capitol on January 6, 2021, caused by Trump’s misleading information.

The former president is also a successful businessman and owns several houses and five-star hotels around the US. Following are a few of them.

He owns a skyscraper at 725 Fifth Avenue, consisting of his own three-level penthouse, 66 stories up.

The extravagant penthouse is modeled after the Palace of Versailles with lots of gold and rococo decorations.

Meanwhile, Forbes described the place as “the best apartment ever built,”

The lavish penthouse covers 10,996 square feet and is worth an estimated $54 million.

He also made his own renovations to the house, adding a 20,000-square feet ballroom with $7 million of gold leaf and four gold-plated sinks worth $100,000.

Trump paid $7.5 million for this property in 1996, planning to turn it into a golf course; however, it has remained a private house to this day.

The villa comprises 60 rooms, a bowling alley, and three swimming pools. Currently, the property is worth$24 million.

Meanwhile, Trump and his family use the property as a weekend and summer getaway.

In addition to these, Trump owns several other real estate.

Donald Trump has added several luxurious cars to his collection over the years. Following are a few of them.

One of the first cars Trump drove was the Rolls-Royce Silver Cloud. It is his favorite car to date. It costs anywhere between $20,000 to $90,000 depending on its condition.

He once owned the 1997 Lamborghini Diablo, which several other people have owned after him.

The businessman also had an all-electric, climate-friendly, ‘green’ Tesla Roadster.

Similarly, he drove a Cadillac Allante like many other rich Americans in the 90s. He also owns several other cars from the same company.

Likewise, the most over-the-top vehicle in his collection is a 24 Karat Gold Chopper. Trump once owned a motorcycle with parts made out of genuine gold. Paul Teutal Sr built the bike.

It is not a secret that the former president has a lavish lifestyle.

He lives in his $54 million penthouses that are in his own building, The Trump Tower.

The billionaire also owns a private jet called the BOEING 757. Inside is a lounge, a bedroom, and a bathroom with a signatory, gold finishes. The jet cost Tump a whopping $100 million.

Alongside a jet, he also travels around in his private chopper.

After moving from the white house, his day-to-day life reportedly consists of reading The New York Times, The Wall Street Journal, and The New York Post.

Being a golf lover, he played regular rounds of golf. Lastly, he has been seen on different meetings with current GOP lawmakers and time spent reading the news and watching TV.

During his presidency, Trump was highly criticized for his several lavish vacations.

Despite all the criticism, in 2018, he took a two-day trip to Scotland worth $3 million and a $1 million vacation trip to a resort in Los Angeles.

Likewise, he describes his trips as “working vacations.”

Trump’s history with charities has not been great because he has been accused of misusing charitable foundations to avoid taxes several times.

However, the billionaire created the Donald J Trump Foundation to donate his share of the royalties from his book Trump: The Art of the Deal and donations from other people to be applied to charitable causes.

Trump stopped contributing to the foundation in 2008. Following is the list of donations the Donald J Trump Foundation has made.

Eventually, in 1981, he became the establishment’s president and started using The Trump Organization as an umbrella brand.

He started getting recognization in the business world after successfully gaining ownership of several skyscrapers in Manhattan, New York.

However, he struggled with debt from different business ventures in 1994.

Meanwhile, one of Trump’s most successful businesses is his clubhouse in the Mar-a-Lago estate in Palm Beach, Florida.

Trump has made cameo appearances in several television shows and movies.

He also was closely related to professional wrestling promotion WWE since the late 1980s and has appeared at WrestleMania 23.

Moreover, he has made 24 guest appearances in the American radio show Howard Stern Show.

He then became the co-producer and host of a reality television program, The Apprentice.

In 1987, Trump registered himself as a republican and a member of the Independence Party.

Although his political party affiliation varied from time to time, he settled on being a republican in 2012.

Trump said he was running against President Barak Obama in the 2012 election.

However, his advances were not taken seriously at the time.

Finally, on June 16, 2015, he announced his candidacy for the 45th President of the United States.

Throughout his time in the office, he made several questionable choices for which he was heavily criticized.

Most of all, he was criticized for his immigrant laws.

He then lost the 2020 presidential election to the current president, Joe Biden, but refused to concede defeat.

Some Facts About Donald Trump

On January 8, 2021, Donald Trump was banned from Twitter for inciting hate and spreading misinformation. Following the lead, almost every social media platform banned the former president. He is not allowed to use Facebook until 2023.

Donald Trump has a long history of sexual assault allegations. As of September 2020, twenty-six women have publicly accused him of sexual misconduct, including his ex-wife Ivana.

Trump has made cameo appearances in eight films and television shows from 1985 to 2001. He has been on films like Ghosts Can’t Do It, Home Alone 2: Lost in New York, Wall Street: Money Never Sleeps, 54, and others.

What did Donald Trump study?

Trump majored in economics at the University of Pennsylvania’s Wharton School, where he graduated with a bachelor’s degree in 1968.

Who is Donald Trump’s wife?

Trump has been married thrice. His current wife, Melania Trump, is a former Slovene-American model and businesswoman. Moreover, She was the very first non-native English speaker to become the first lady of America.

NNet Worth
The American football outside linebacker playing for Chicago Bears, NFL star Khalil Mack has a colossal net worth…
NNet Worth 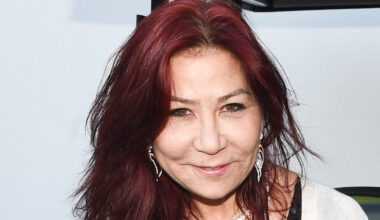 Read More
Daughter of late billionaire Edward Shay, heiress Anna Shay’s net worth is estimated to be around $600 million…