Chamath Palihapitiya, a Canadian American who is a venture capitalist, engineer, SPAC sponsor, and the founder and CEO of Social Capital, has a whopping net worth of $1.2 billion.

Although Mark Zuckerberg founded the network, its phenomenal success was the result of a collaborative effort.

Chamath Palihapitiya, a computer engineer, was one of the original members of Facebook management that helped the company grow from a startup to a viable business.

Speaking of Palihapitiya, he was born in Sri Lanka on September 3, 1976, and migrated to Canada with his family when he was six years old.

He earned a bachelor’s degree in electrical engineering from the University of Waterloo in Ontario, Canada.

Palihapitiya was an early Facebook senior executive, serving there from 2007 to 2011.

When AOL established a business partnership with Facebook, he met Zuckerberg and was hired to help Facebook grow its user base and engagement.

Palihapitiya then left Facebook to start Social Capital, a venture capital firm where he also serves as CEO.

He is one of the world’s wealthiest software engineers, as well as a professional poker player.

Silicon Valley billionaire Chamath is a board member of remind101 and Syapse as of August 2020.

He has also served on Playdom, Lemon, Integrated Plasmonics Corporation, and Agnitus in the past.

Moreover, he’s a co-host of the All In podcast.

Let’s have a look at some of his details in brief.

The tech billionaire Chamath has an asset of $1.2 billion. His main source of wealth is Facebook and Venture Capital.

Palihapitiya was paid well while he worked on Facebook (FB), and he was also rewarded with generous bonuses for his efforts.

He put his money into several promising businesses, especially into startups that paid off handsomely in a short period of time.

In late 2019, he financed a blank-check corporation that joined with Virgin Galactic, a space venture.

However, In early March, he sold a major portion of his Virgin Galactic interest for $200 million.

Since then, the former Facebook executive has funded SPAC IPOs for Opendoor, an online real estate startup, and Clover Health, a health insurance provider.

He has three additional blank-check companies on the market, one in talks to go public with personal finance company SoFi.

Similarly, Palihapitiya claimed in 2013 that he held the equivalent of $5 million in Bitcoin and that he hoped to possess up to $15 million.

Chamath is a very family-oriented individual who enjoys spending time with his loved ones.

He is an enthusiastic blogger who has contributed various technical and personal essays to ‘A Medium Corporation.‘

Likewise, he traces his view to his upbringing in all three nations, having lived in Sri Lanka, Canada, and the United States.

Being a skilled poker player he is, his poker skills are one of the most impressive.

Although this may be true, he made it big because of Facebook, but most people agree that Palihapitiya’s renown stems mostly from his philosophical views, which he is not afraid to share.

While some can portray him as not so fun, the reality is different as he enjoys traveling in elegance, joins the college team in national competitions, and lays a large Super Bowl bet in  Las Vegas.

He manages to live life to the fullest regardless of him engaging in different controversies.

In March, Palihapitiya visited Milan on his private jet, which he purchased for $75million.

As a user’s guide, Milan’s location makes it ideal for a day or weekend excursion to the beach, with several beaches only a couple of hours away.

With their refreshing winds and azure waves, the 12 beaches near Milan allow you to enjoy the nice side of the humidity.

He also loves visiting Caribbean Island from time to time.

He lives in Palo Alto, California, United States, with his girlfriend, Nathalie Dompe.

According to Business Insider, Palihapitiya conducts poker events at his house in Palo Alto with several friends daily.

He also announced that he was the first person to order a Renovo Coupe, an electric supercar set to debut later this year.

Renovo is powered by twin electric sequential motors with a combined output of 500 horsepower and 1,000 pound-feet torque.

Summery, in short, this lavish motor is expected to cost $529,000, according to reports.

According to Bloomberg News, Palihapitiya bought a $75 million Bombardier Global 7500 the ultra-long-range business jets in 2020.

Unlike other tech billionaires, Chamath knows how to display himself. The brands represented among his powerful watch collection are Richard Mille, Audemars Piguet, and A Lange & Sohne.

This is a very colorful watch, not only because of the color and meticulous handwork but also because of the technical brilliance of the additional balance wheel, which improves reliability and accuracy.

Palihapitiya also wears watches by the German brand A Lange & Sohne, whose timepieces are regarded as “grails” by Haute horologists.

The watch displays the date, day of the week, month, and leap year, with no need for adjustment until 2100.

Last but not least, his Richard Mille RM035 Rafael Nadal line watch is perhaps the most flexing in Palihapitiya’s watch collection.

However, wearing a Richard Mille watch almost always ensures that you are the person wearing the watch with the most engineering on display, even among the super-rich.

The manually wound RM035 timepiece has a 55-hour power reserve, weighs only 4.3 grams, and is strong enough to resist being strapped to Nadal’s wrist on the court.

In short, he knows how to and what to flex in particular events.

Palihapitiya created his own fund, The Social+Capital Partnership, after leaving Facebook, through which he invested in several firms, including Yammer and Slack.

Furthermore, In 2015, the Social+Capital Partnership was renamed Social Capital.

Some of the other organizations he invested in are :

Palihapitiya is still a major supporter of bitcoin and the decentralized blockchain in general.

Right now, Nobody knows where cryptocurrencies will go because it is currently a very high-risk investment.

Although this may be true he hasn’t published any books himself, but he recommends three books to new graduates, and these are:

As it is equally important for billionaires to make donations, Chamath also made it to the list as he donated to the Democratic Party of Sri Lanka.

The Barstool Fund was established by Dave Portnoy, the creator of Barstool Sports, to help struggling small companies during the epidemic.

He tweeted on Dec. 30, 2020, that if the price of Bitcoin, another of his passions hits, $150,000, he’ll buy the Hamptons and turn the entire region into affordable homes.

He hinted at a run for governor of California in January and began supporting a recall effort against current Governor Gavin Newsom.

He started work in the product and business development department at Winamp & Spinner.com in 2000.

Previously, In 1999 he started working as an associate for a year at Bmo Nesbitt Burns.

Following that year, he left the company for AOL as one of its directors, and he remained with the company until he was promoted to vice president and general manager. He served there for about five years.

Afterward, Palihapitiya spent a year as a venture capitalist at Mayfield Fund.

Palihapitiya was promoted to vice president of platform and monetization at Facebook and subsequently concentrated on user growth for both mobile and foreign markets after that.

Moreover, Palihapitiya co-founded Athos, which is a wearable tech company alongside Chris Wiebe and Dhananja Jayalath.

As of August 2020, he is still operating as its executive chairman.

He was married to Brigette Lau and had three children together; however, they divorced in 2018.

Who is Nathalie Dompe?

Chamath started dating Nathalie Dompe, who is a very wealthy Italian entrepreneur. In addition, she has worked in the pharmaceutical industry since 2012.

Where is chamath palihapitiya from?

Palihapitiya was born in Sri Lanka and migrated to Canada when he was six years old. 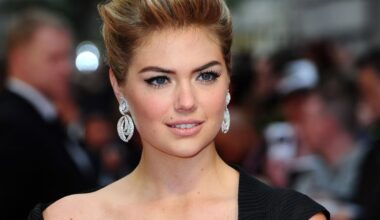 Read More
The gorgeous American model and actress Katherine Elizabeth Upton, known professionally as Kate Upton’s net worth, is a…
NNet Worth 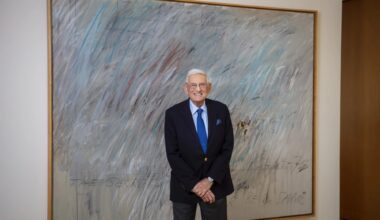 Read More
Philanthropist and businessman Eli Broad’s net worth was $7.2 billion. Eli was named the 233rd wealthiest person in…