Who are the 10 best pitchers of all time?

Major League Baseball (MLB) has been displaying the astounding talents of pitchers.

The pitchers are the magicians with a baseball.

Some pitch with fly balls, while others induce ground balls to achieve outs. A remarkable pitcher like Tim Wakefield is fond of fooling hitters and throwing off their timing with a slow dancing knuckleball.

Whereas some of the legends like Nolan Ryan and Roger Clemens blow the mind away of every hitter and baseball fan with their electric fastballs.

With such marvelous and magical views, baseball never gets boring. That’s all thanks to the fascinating and intimidating pitchers in the major league.

Besides, few pitchers can hit 100 MPH on a radar gun. Thus, such unparalleled achievements have elevated the careers of such players, turning them into the best of all time.

So, here we present you the 10 best pitchers of all time who changed the history of baseball.

Best Pitchers of All Time

The information and details has been compiled from trusted sites on the web including Players Bio and Wikipedia.

The 10th best pitcher of all time is Bob Gibson. Bob Gibson a.k.a “Hoot,” was an American professional baseball pitcher of St. Louis Cardinals from 1959 to 1975.

From Cardinals, Gibson played for 17 seasons in the Major League Baseball (MLB).

Sadly, the ace of Cardinals, Gibson, retired in 1975. During his retirement time, he ranked second to Walter Johnson as a major league pitcher in career strikeouts.

Later, Gibson coached his former teammate Joe Torre. In 1981, he got inducted into the Baseball Hall of Fame.

Read About Top 10 Boxers of All Time

Holding the 9th spot of the best pitcher of all time is Greg Maddux.

Greg Maddux is a former American baseball pitcher. Currently, he is the coach of pitching at the University of Nevada.

Likewise, Maddux debuted as a pitcher in 1986. He played for teams like Chicago Bulls, Atlanta Braves, and Los Angeles Dodgers. With Braves, Maddux won his first World Series title by gaining victory over the Cleveland Indians in 1995.

Besides, Maddux is the only pitcher in MLB history to win 15 games for 17 seasons in a row.

Similarly, he became the first pitcher to be awarded the Cy Young Awards for four years straight (1992-1995), tied with Randy Johnson.

The superb control pitcher in MLB history retired in 2008. Then, he served as a special assistant to the general manager of the Cubs and Texas Rangers.

William Roger Clemens a.k.a “Rocket,” is noted for his ruthless competitive nature and hard-throwing pitching style.

As a former baseball pitcher, Clemens played mostly with the teams like Boston Red Sox and New York Yankees.

Besides, he competed for 24 seasons in the MLB.

Similarly, Clemens debuted in MLB in 1984 with the Red Sox. He played for 12 years with Red Sox.

In 1986, Clemens won his first Cy Award, American League (AL) Most Valuable Player (MVP) Award, and All-Star Game MVP Award, and made the record of 20 batters strikeout in a single game.

During the 1996 game, Clemens again made another record of 20 batters strikeouts. In 1997, he signed two years deal with the Toronto Blue Jays.

During the two seasons with Blue Jays, Clemens won another Cy Young Award and led the team in wins with Triple Crown.

Whereas he made the record as the first pitcher to start the season with a win-loss record of 20-1 in 2001. In 2003, Clemens joined the pitchers club of 300 game wins and 4000 strikeouts during the same game.

From 2004 to 2006, Clemens played with Houston Astros. Finally, before retiring, he joined the Yankees for the 2007 season.

Clayton Kershaw was 20 years old when he debuted in the major league in 2008. Besides, he was the youngest player in MLB at that time.

Likewise, Kershaw played for 14 seasons in MLB with the Los Angeles Dodgers.

In 2011, he became the youngest pitcher to gain the title of Triple Crown and win the National League (NL) Cy Young Award after Dwight Gooden in 1985.

In the 2006 MLB Draft, Kershaw was drafted as the seventh in overall.

Similarly, Kershaw was the first pitcher to lead the major league ERA five times for four years in a row (2011-2014).

Moreover, fans often compare him with the Hall of Fame pitcher Sandy Koufax.

Sandy Koufax is a former baseball pitcher from New York City. He debuted as a pitcher in 1955. Likewise, Koufax played for 12 seasons in MLB with Los Angeles Dodgers.

Sandy Koufax was the youngest pitcher in baseball history to be inducted into Baseball Hall of Fame in 1972, at the age of 36.

Pedro Martinez debuted as a pitcher in MLB with Los Angeles Dodgers in 1992. Besides, Martinez played for five teams, but his notable pitching career was with Boston Red Sox from 1998 to 2004.

Similarly, Martinez is one of the pitchers in MLB to win 3,000 career strikeouts within fewer innings along with Randy Johnson.

Moreover, Martinez won his first Triple Crown in 1999 with a 23-4 record, 3.07 ERA, and 313 strikeouts. That year, he won AL and NL Cy Young Awards and became among six pitchers to do so in baseball history.

Holding the 4th spot is one of the hardest throwing pitchers in baseball history.

Denton True Young a.k.a “Cy,” was an American baseball pitcher.

Young debuted in MLB with National League’s Cleveland Spiders in 1890. He played there till 1898.

Likewise, Young joined St. Louis Cardinals in 1899 and played with them for a year. Then, he played for American League’s Boston Red Sox from 1901 to 1908.

Later, Young played for Cleveland Naps from 1909 to 1911. Moreover, he retired in 1911 after his last game with Boston Rustlers.

On 4th November 1955, Young succumbed to a heart attack. In 1956, MLB created Cy Young Award to honor the best pitcher of every season.

Holding the 3rd spot is the dominant fastball pitcher in baseball history.

Randy Johnson, a.k.a “The Big Unit,” debuted in MLB in 1988. Besides, he played for 22 seasons in the major league with six teams, mostly from Seattle Mariners and Arizona Diamondbacks.

In 2001, Johnson won his first World Series title with Arizona Diamondbacks. Similarly, he won the World Series Most Valuable Player Award along with his teammate Curt Schilling.

In 2002, Johnson won himself a Triple Crown.

Likewise, Johnson became the oldest pitcher in history to throw a perfect game on 18th May 2004. He was 40 years at that time.

Moreover, he is among five pitchers to pitch no-hitters in both leagues and one of the 20 pitchers to win against all 30 MLB teams.

Further, in 2015 Randy Johnson was inducted into the Baseball Hall of Fame.

Walter Johnson, a.k.a “Barney” was an American pitcher and baseball manager.

The Baseball Hall of Fame inductee Johnson one of the greatest pitchers in baseball history succumbed to a brain tumor in 1946.

At the top spot is the phenomenal right-handed pitcher from the New York Giants.

After retiring, Mathewson served as the manager of Cincinnati Reds from 1916 to 1918.

The pitching legend succumbed to tuberculosis on 7th October 1925 at the age of 45. 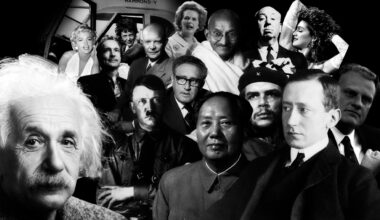 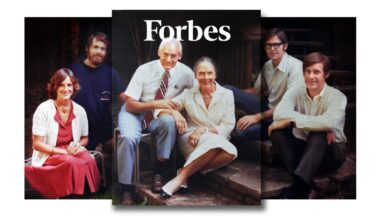 Read More
Richest American Families!! Have you ever caught yourself thinking how much wealth can a family exert to be…