Snoop is one of the most successful, most affluent, and influential rappers to come out of the 1990s hip hop scene and one of few still making music today.

Even if you don’t know him for his music, you might have seen him in films and TV shows smoking blunts or at least talking about it.

The man has spent more than three decades of his career in the entertainment business, first in music and later in a multitude of sectors, including films, TVs, and even comedy.

In 2018, Snoop Dogg received a star on the Hollywood Walk of Fame for his contribution to the entertainment industry.

However, this might come as a surprise to most people that, Snoop has not received a Grammy Award despite tons of hit singles and albums.

Nevertheless, if there’s a silver lining, it should be his 17 nominations.

Rapper Snoop Dogg’s net worth as of February 2023 is a whopping $150 million. Check out the quick facts on legendary rapper Snoop D.O. Double G.

One of the richest and most influential rappers of his generation Snoop Dogg’s net worth as of February 2023 is a staggering $150 million.

With his multifaceted career spanning more than three decades, Snoop has garnered astonishing fame and fortune, which has enabled him to lead a lavish lifestyle.

Despite his number of career pursuits, his fortune can be primarily attributed to his music sales, tours, concerts, digital streaming, and royalties.

Snoop Dogg has sold over 35 million records worldwide, with more than 23 million in the United States alone.

And this was back when people used to buy physical cassettes and CDs to listen to music, which is completely different than what people do today.

Now 51 years old Snoop rakes in tens of millions of dollars each year from his various endeavors.

He has appeared on the Forbes list of highest-earning celebrities several times over the years.

Snoop Dogg has earned a little over $189 million over the course of his career.

In 2007, Snoop’s income was recorded to be $17 million, his career-high income figure.

While during his heydays, he used to pull $15 million per year on average, his income has considerably plunged in the recent years.

For the next three years, his earnings were consistent $10 million each year.

For the next two years, his various endeavors brought in $15 million each year for the rapper.

Nonetheless, Snoop’s income was halved in 2020 to $8 million and $9 million the following year.

Also, Dogg has appeared in several films and TV shows over the course of his career.

Aside from that, Snoop recorded a track for the Bollywood film “Singh is King,” for which he charged well over $800,000.

He also appeared in the music video of the song along with the protagonist of the film.

Just so you know, as of 2015, the album had sold over eleven million copies worldwide, bringing in several million to the rapper from royalties and sales.

Snoop Dogg is perhaps one of the most famous rappers in the present with his appearances on reality shows, films, and comedy specials.

As of this writing, Snoop DO Double G has more than 74.3 million followers on Instagram and 20.2 million on Twitter.

This simply means Dogg earns a big buck from his social media product promotions and shout-outs.

Similarly, he has over 8.54 million YouTube subscribers with more than 2 billion views.

The rapper earns anywhere between $100k to $1.7 million per year from the platform’s advertising revenue.

Aside from these, musicians today earn decent from digital music streaming, most notably from Spotify.

He has 22.7 million monthly listeners on Spotify making handsome money from billions of streams.

Net Worth of Snoop Dogg in Different Currencies

Snoop Dogg’s net worth as of February 2023 is a staggering $150 million, and the following data shows how much it’s worth in some of the major currencies around the world, including crypto.

He currently resides in a four-bedroom, 3,803 square feet mansion in Diamond Bar, California, which he bought in 1998 for $720,000 and has lived there ever since.

As for cars, The Dogfather loves both vintage and modern wheels.

The man has everything, a loving family, a healthy body, countless sources of income, and internationally renowned musician fame. If that’s not the definition of fulfilled, then God knows what is.

And if there’s anything else he is known for other than his music, then it has to be his use of cannabis.

He has been a self-admitted cannabis smoker since the start of his career, which is one of the trademarks of his image.

In the year 2002, he announced that he was giving up his blunt smoking for good, but that went to hell, and by 2013, he claimed to be smoking more or less 80 blunts a day.

Since 2007, Dogg has been certified for medical cannabis in California to treat migraines.

Snoop smokes so much weed that he has employed a full-time blunt roller not just because he can but because he does not have time to roll blunt himself.

He had previously been paying the blunt roller an annual salary of $40,000 to $50,000, but he recently tweeted that he’s upped the salary to an undisclosed amount.

Just imagine rolling blunts all day, smoking some, and getting paid $50,000.

As clever as cartload of monkeys, Snoop Dogg has invested his fortune in several business pursuits.

He was appointed as creative chairman of Priority Records in 2009.

The following year he launched a digital media business named Merry Jane which focuses on news related to marijuana.

His tale of weed does not end there. In 2015, Dogg launched his new brand of cannabis products named Leafs By Snoop.

The same year Dogg co-founded Casa Verde Capital which is one of the first funds established to focus on the cannabis industry.

Aside from these, Snoop has invested in NFT restaurant and esports league and serves as a board of directors of esports entertainment organization FaZe Clan.

This means he can now sell merchandise and release music under Death Row Records.

Since Snoop Dogg is one of the most followed celebrities across social media platforms, several big brands approach him to promote their products online.

He has appeared in commercials and ad campaigns for Gucci, Bic EZ Reach Lighter‘s “Super Bowl,” Vybe Mobile, Norton Antivirus, and iFizzle, an iphone application, to name a few.

The album peaked at number one on Billboard 200.

His next album, Doggfather, released in 1996, debuted at number one on Billboard charts.

However, Snoop left Death Row and signed to No Limit Records.

Moreover, he converted his religion to Rastafarianism after visiting Jamaica in 2012 and also announced that he was to be known as “Snoop Lion.”

He even released a reggae album titled Reincarnated, as well as a documentary about his experience in Jamaica.

Dogg released his seventeenth solo album, I Wanna Thank Me, in 2019.

One of the greatest rappers, Snoop Dogg’s net worth as of February 2023 is a whopping $150 million.

How did Snoop Dogg get his name?

Snoop Dogg’s parents nicknamed him Snoopy as a kid because of his uncanny resemblance to Snoopy, the anthropomorphic beagle in the comic strip Peanuts. The name later evolved to Snoop Dogg.

Sorry to disappoint you, but Snoop DO Double G is not vegan yet.

Are Snoop and Martha best friends?

American rapper and actor Snoop Dogg unexpectedly hit it off with television personality Martha Stewart back in 2008. The pair have blossomed as best friends ever since.

NNet Worth
The versatile soccer player Hector Herrera, who plays for La Liga side Athletico Madrid and Mexico national team,…
NNet Worth 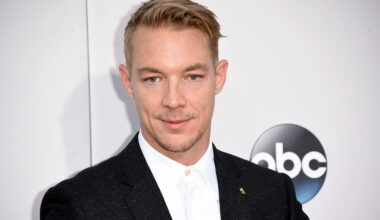