20 Richest NBA Players of All Time

20 Richest NBA Players of All Time!

NBA is one of the richest sports leagues in the world, racking over $10 billion in yearly revenue.

Since it is the best basketball league in the entire globe, many talented athletes produce incredible performance day in and day out.

In return, these players are paid massive salaries and incentives.

However, salaries and incentives make up only a fraction of their yearly earnings.

Because of the worldwide popularity and wide viewership of the league, numerous multinational companies use the player’s fame to promote their products.

And in return, you guessed it right, they are paid tens of millions of dollars.

For example, in 2022, Lakers power forward LeBron James earned a massive $121.2 million, out of which his on-court earnings were just $41.2 million, and the remaining $80 million came off the court, including several endorsement deals.

Please go through the article to find out the richest NBA players of all time:

Richest NBA Players of All Time

An American basketball coach and former NBA player, Tim Duncan, has a net worth of $130 million as of October 2022.

Over the course of his 19 seasons in the NBA, Duncan earned more than $200 million in on-court earnings alone.

He was one of the highest-paid basketball players in the NBA during his peak earning more than $20 million per season in salaries.

Similarly, he also made a sizable amount from brand deals with companies such as Adidas, AT&T, and Bridgestone.

In 2015, Duncan sued his advisor claiming $20 million in damages, for which he received $7.5 million as the advisor pled guilty to wire fraud.

One of the most decorated players in the history of the NBA, Dwight Howard has a net worth of $140 million as of October 2022.

Most known for his time with Orlando Magic, Howard has played for several other teams, including LA Lakers, with whom he won his first NBA championship in 2020.

Howard easily makes around $30 million between NBA salaries and endorsements each year.

All in all, Howard has earned more than $245 million so far from on-court earnings.

During his absolute peak, Howard earned $23.5 million in annual salary.

A German-born retired basketball player Dirk Nowitzki has a net worth of $140 million as of October 2022.

Regarded as the best European basketball player of all time, Dirk earned a whopping $255 million in salary throughout his 21-season career in the league.

The amount is enough to make him the 6th highest-paid NBA player of all time in terms of salary.

He reportedly lost nearly $194 million worth of potential earnings by accepting discounted contracts.

If he had taken contracts without a bargain or as per his eligibility, he would have finished with career earnings of $446 million.

The seven feet six inches tall Chinese retired professional basketball player Yao Ming has a net worth of $160 million as of October 2022.

He earned around $93 million in NBA salary in total.

During his final season with the Rockets, Ming earned a salary of $17.6 million, his career high.

Despite making comparably less money from the NBA than the rest of the listed athletes, Yao earned and continues to earn sizable money from his endorsement deals and investments.

Brooklyn-born professional basketball player Carmelo Anthony has a net worth of $160 million as of October 2022.

One of the highest-paid players in the NBA, Carmelo has so far earned $262 million in NBA salary.

During the peak of his career, which is considered the 2017-2018 season, Carmelo earned an annual salary of $26 million.

He makes an additional $9 million in brand deals.

Read About 20 Best-Looking NBA Players of all Time

The best shooter in the history of the NBA, Stephen Curry, has a net worth of $160 million as of October 2022.

The current highest-paid NBA player Stephen Curry earns an annual salary of almost $50 million from the Golden State Warriors, which will increase in the upcoming season.

Similarly, he earns an additional $30-$40 million each year from endorsement deals with brands such as Under Armour and Nike.

In 2022, Forbes ranked Curry fifth on its list of Highest-Paid Athletes in the World, with earnings of $92.8 million.

Moreover, he earned $130 million in his first decade in the NBA, with an additional $150 million coming from brand deals.

Shooting guard for the Philadelphia 76ers, James Harden, has a net worth of $165 million as of October 2022.

Harden earns $44 million from NBA each year with additional tens of millions from endorsement deals.

In 2015, Harden signed a $200 million contract with sports giant Adidas.

The 13-year deal pays Harden $15 million each year on top of his basketball salary.

During the first decade in the NBA, Harden earned $227 million in salary, and by the end of his current contract with the 76ers, he would have made $337 million from NBA earnings.

In 2022, Forbes placed Harden 12th on its list of Highest-Paid Athletes in the World, with a total earning of $74.4 million.

Former NBA player Dwayne Wade has a net worth of $170 million as of October 2022.

Over the course of his active playing career, Wade earned $198 million in NBA salary alone.

Similarly, he made additional tens of millions of dollars from brand deals, especially with shoe contracts.

His first deal was with shoe company Converse, which paid him $400,000 per year over six years term.

After that, Wade signed with Nike, which paid him $5 million per year, eventually rising to $10 million after milestone bonuses.

He ended his terms with Nike and signed a $60 million, ten-year deal with Chinese brand Li-Ning in 2012.

Li-Ning eventually signed Wade on a lifetime deal in exchange for an equity stake in the company.

With a net worth of $200 million, Russell Westbrook enters this list as the 12th richest NBA player.

Westbrook joined NBA in 2008, and within the first decade in the league, he earned $250 million.

His base salary currently is $44 million, with additional earnings from brand deals.

In 2017, Westbrook signed the largest contract in NBA history, a five-year $205 million extension with Oklahoma City.

Similarly, the same year, he signed a 10-year deal worth around $150 to $200 million with Jordan Brand, the largest brand’s history.

In 2022, Forbes placed Westbrook at number 11 on its list of Highest-Paid Athletes in the World, with earnings of $79.2 million.

One of the five highest-paid players in the NBA, currently Kevin Durant, has a net worth of $200 million as of October 2022.

His current annual salary from the league is $42 million.

Likewise, Durant earned $92.1 million in 2022, earning the sixth spot on the Forbes list of Highest Paid Athletes in the World.

Kevin signed a four-year $164 million deal with Brooklyn Nets in 2019.

Furthermore, he has invested his fortune in over 40 startup companies.

The retired American basketball player David Robinson has a net worth of $200 million.

The 10-time NBA All-Star David earned over $116 million in salary during his playing career.

After retiring from NBA, he launched two super successful private equity funds, which currently manage hundreds of millions of dollars worth of real estate portfolios.

One of the highest-paid basketball players of all time, Grant Hill has a net worth of $250 million.

On top of that, he made $120 million in endorsement deals with brands such as McDonald’s, TAG Heuer, Adidas, and Nike.

Grant signed an $80 million seven-year deal with sportswear brand Fila in 1997, which was the largest at the time.

Similarly, he signed a lifetime deal with the brand in 2018.

According to the deal, Fila will pay Grant close to $10 million yearly to endorse the company.

The legendary Nigerian-American basketball player Hakeem Olajuwon has a net worth of $300 million as of October 2022.

Olajuwon earned around $110 million in NBA salary during his career.

Former professional basketball player Vinnie Johnson has a net worth of $400 million.

Even though he earned millions from his NBA salary, he made real money from his business ventures.

Vinnie currently serves as CEO and chairman of the company, which employs 200 staff and generates over $2 billion in yearly revenue.

Shaquille O’Neal is a retired professional basketball player, TV host, and entrepreneur with a net worth of $400 million.

Throughout his NBA career, Shaq earned $292 million in salary and $200 million from brand deals.

His peak NBA salary was $27 million.

Shaq easily earns $60 million per year from his various endeavors.

Similarly, he was an early investor in Google and several other well-known companies.

The retired professional basketball player and entrepreneur Junior Bridgeman has a net worth of $600 million as of October 2022.

Even though he did not make much money from NBA, his entrepreneurial career has proved to be astonishingly successful for Junior.

Junior is the second largest owner of Wendy’s franchise in the world, with 160 locations across the United States.

Legendary Kobe Bryant had a net worth of $600 million at the time of his death.

Over the course of his career, Kobe made $328 million in NBA salary and $350 million in endorsement deals.

One of the greatest basketball players of all time, Kobe, died in a helicopter crash on January 26, 2020.

One of the greatest basketball players of all time, Earvin “Magic” Johnson Jr., has a net worth of $620 million as of October 2022.

Magic made just over $18 million during his playing career and an additional few million in endorsement deals.

The real money to Johnson came with successful business pursuits that he established after retiring.

His company, Magic Johnson Enterprises, is valued at $1 billion today.

Similarly, he sold his chain of Starbucks for $75 million the same year.

His current net worth is $1 billion, according to Forbes. LeBron is one of the highest-paid athletes in the world.

To date, he has earned $800 million between salary and endorsement deals.

His current NBA salary is around $42.5 million in Lakers.

The man who needs no introduction, The GOAT, Michael Jordan, has a net worth of $2.2 billion as of October 2022.

Jordan is the richest athlete in the world.

Surprisingly, he made only a tiny amount from playing in NBA, $93.7 million, to be more precise.

He was the first player to earn more than $30 million yearly.

Decades after his retirement Michael earns more than $100 million from his business pursuits and endorsements.

His Nike/Jordan royalties alone bring in $60 million per year. 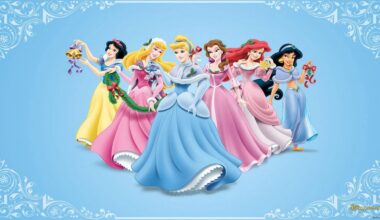 Read More
Popular Disney Princesses!! Everyone loves a fairy tale of a prince and princess. We grew up reading them,…
TTop List
Do you know what the most valuable comic books are? Can you guess how much they cost? Fear,…