Do you have any idea about Oscar’s new category?

Despite the controversy whirling around the Oscars, from award snubs to hosting scandals every year, your wait for the esteemed event is finally about to be over.

The long-awaited 94th Academy Awards is scheduled to take place on 27th March 2022 in Dolby Theatre in Hollywood.

The event will be televised live on ABC on 27th March, Sunday, on sharp 8 pm ET or 5 pm PT.

And the Academy of Motion Picture Arts and Sciences (AMPAS) is honoring some of the best films released in 2021 from 1st March to 31st December.

On 8th February 2022, the beloved Hollywood stars Tracee Ellis Ross and Leslie Jordan announced the shortlists. It had films nominated for Oscars on the basis of 10 categories.

Moreover, approximately 2,500 guests are about to storm on the event.

Nineteen presenters will be walking on the platform for the ceremony. Whereas the Academy will declare the rest presenters soon.

Besides, it’s the first time the previous nominee of The Pulp Fiction, Uma Thurman, will be landing on the show with Lily James, Simu Lu, and John Leguizamo.

Moreover, all of these presenters will be joining hands with the other Oscar champs, Lady Gaga, Zoe Kravitz, Kevin Costner, Yuh-Jung Youn, Chris Rock, and Rosie Perez.

Further, the performer for the original song has not been decided yet. But, some of the nominees among Beyoncé, Billie Eilish, Reba McEntire, Van Morrison, Dos Oruguitas will sure be there to light up the auspicious night on the red carpet.

Nonetheless, there are five valuable things you must know about Oscar’s new category. Just hop in!!

Things to Know About the Oscars New Category

Trusted sites on the web, including Twitter, Collider, and Wikipedia, aided to compile the presented information and details.

After three years of going hostess straight from 2019 to 2021, the Oscars has decided to follow up a multi-host strategy this year.

The trio of comedians and actresses, Wanda Skyes, Regina Hall, and Amy Schumer, will steer the event from producers Will Packer and Shayla Cowan.

Besides, these charming ladies will give a lively and distinct feel to the event with their hilarious performances.

Moreover, each host will lead the three-act show.

Well, this is the first time in Oscars that multiple hosts will be commanding the show.

With the reduction in Covid-19 cases, the 2022 Oscars have loosened up the requirements for its honorable attendees.

The Academy has notified that the participants outside of Los Angeles will no longer need to undergo five days of quarantine before catching up on the event.

Prior to the 2022 Oscar, attendees had to be quarantined for five days.

However, they must show vaccination proof and test negative by taking two PCR tests on the 24th and 26th of March.

Further, they will strictly check the presenters and performers.

The Academy has been embracing the presence of its 17 integral parts in the film world. From actors to directors, screenwriters, cinematographers, visual artists, and so on.

And now, it has created 23 nomination categories to honor them.

Besides, it has nominated writers for Best Original Screenplay Best Adapted Screenplay. Whereas Best Costume Design, Best Makeup, and Hairstyling have also been noted.

Moreover, The Power of the Dog has earned 12 nods, and Dune has ten nods. While Belfast and Westside Stories tied with seven nods.

This year, the Academy has not fully owned the result of the Oscar. Instead, it has considered the cinephile’s opinion and let them vote through Twitter.

The voting started on 14th February and ended on 3rd March, where people could vote for their favorite film and favorite film moment of 2021 by using #OscarsFanFavorite, and #OscarsCheerMoment.

Besides, the users had the opportunity to vote 20 times a day. The most voted fan films have been shortlisted for the 94th Academy Awards.

Moreover, it also notified to choose the three lucky winners from the US in the end. And, they will have access to hand the 2023 Oscar along with their guests, and the Academy will bear all the expenses.

Further, it will show the five fortunate Cheer Moment voters’ “Cheer Moments” live. Later, they will receive unlimited free movie tickets at their favorite theater for a whole year. In addition, they will get free subscriptions on streaming services and exclusive items from the Academy Museum.

All thanks to President David Rubin, the 2022 Oscars will be making a foolish move ever.

The Academy is set to award the eight categories early before the live broadcast.

Later, the Academy would feature it as part of a live telecast by editing and merging it seamlessly.

Read About Most Iconic Oscar Hairstyles 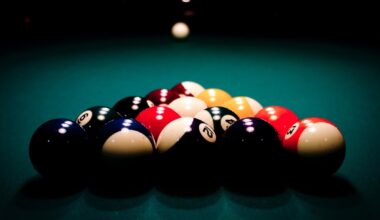 Read More
Best Pool Players in the World!!! The pool game is one of the most sophisticated indoor games in…
TTop List 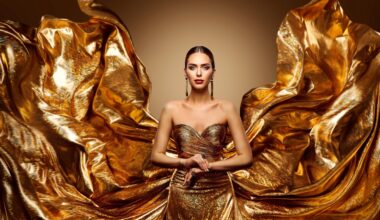 Read More
Which is the 17 best-met gala dress ever? Who wore the best? Let’s find out! Met Gala, famous…