An American actor and filmmaker Nicolas Cage, originally Nicholas Kim Coppola, has a net worth of $25 million.

One of the highest-paid actors of all time, Nicolas has garnered himself numerous prestigious accolades, including Academy Awards, Golden Globe, and Screen Guild Award.

Mr. Cage was ranked number 40 in Empire magazine’s The Top 100 Movie Stars of All Time list in October 1997.

Similarly, he was placed No. 37 in the list of 100 Most Powerful People in Hollywood by Premiere in 1998.

Cage has appeared in at least 114 movies throughout his career in various genres, which has increased his popularity and has gained him a cult following.

Nicolas Cage: Net Worth and Income

An American actor and filmmaker, Nicolas Cage, has a net worth of $25 million as of February 2023.

The net worth of Nicolas Cage used to be more than $100 million easy back in the day. He earned more than $200 million from movie salaries alone.

However, his spending spree took its toll, and he lost almost all of his hard-earned fortune.

Finally, after paying all his debts and taxes, Nicolas is currently in a financially stable position and is doing pretty well.

He has several movie and TV series projects in the pipeline. Aside from that, he’s also been involved in directing films.

Net Worth of Nicolas Cage in Different Currencies

Here is the net worth of actor Nicolas Cage in different major currencies.

During his career peak, Nicolas owned 15 houses in different parts of the world.

Nevertheless, due to his debt, he had to sell almost all the homes.

Cage lived in his Malibu home along with his ex-wife Kim before selling the property for $10 million in 2005.

Furthermore, Cage purchased an infamous 105 years old Gothic Tudor estate in San Francisco in 2006 for $9.4 million. However, he had to sell this one too for $7.7 million in July 2008.

Likewise, Nicolas also purchased two castles in Germany and England. He sold his medieval German castle Schloss Neidstein for $2.5 million in 2009 after owning it for over three years.

Nicolas Cage used to have an insane car collection. Well, it’s quite not sure whether the man still has it.

Following his IRS debt scandal, he had to sell off several of his rare automobiles to dig out more than $6.3 million.

Nicolas Cage used to own a Gulfstream private jet which he used to travel within and outside of the United States.

He reportedly spent $30 million to purchase the private jet.

Apart from exotic supercars and private jets, Nicolas Cage also had four luxury yachts. Most impressive of all was his yacht named Sarita, which he purchased in 2009.

When the star was in his career peak, he purchased $3 million worth of Private Island in the Bahamas which has a current value of over $7.5 million.

Nicolas Cage is famous for his extravagant lifestyle.

During the peak of his career, Nicolas earned more than $200 million for films, and as his earnings went up, so did his spending habit.

Between 2000 and 2007, he spent almost all of his fortune on materialistic items without thinking of the future.

Some of his craziest purchases included a 67 million years old Tyrannosaurus Bataar skull worth about $276,000.

However, it was later found out that it was actually stolen from the Gobi Desert in Mongolia and illegally sold in the States. Nicolas later agreed to let Mongolia have its national treasure back.

Similarly, he also spent about $150,000 to buy a pet Octopus and about the same amount to buy two Albino King Cobras. He named the Cobras Sheba and Moby. He claimed that studying totally different living beings helped him with his acting.

However, after his financial breakdown, he returned his “pets” to the zoo from where he purchased them.

He also purchased nine Rolls Royces and three mansions for $34 million in total.

In 2009 when the IRS filed a federal tax on one of his properties in New Orleans, it was revealed that he had failed to pay over $6.2 million in income taxes.

Following that, he sued his business manager for $20 million, accusing him of fraud and negligence.

Apart from that, Nicolas Cage is also known for his passion for comic books. In fact, his name itself is taken from the Marvel Comics hero Luke Cage.

The actor auctioned his collection of rare comic books in 2002 at Heritage Collection Galleries for an astonishing $1.6 million.

However, that did not include a mint condition copy of Action Comics that features the first-ever Superman appearance.

It was stolen from his house in LA in 2000. The same comics were found at a storage locker in San Fernando Valley in 2011.

Even though his spending habit was outrageous and caught a lot of media attention his vacation details have not been disclosed.

But if we think about it, the man had a private jet and a private island so he did not have a need to go elsewhere to enjoy his spare time really.

However, Nicolas was spotted with his ex-wife vacationing in hotel Amalfi, Italy.

Nicolas Cage is pretty generous when it comes to helping those in need.

United Nations awarded Cage the Humanitarian Award and also appointed him as the UN ambassador for Global Justice in 2009 and again in 2013.

Cage donated about $1 million to Hurricane Katrina victims in 2005.

Similarly, he also donated $2 million to Amnesty International for the restoration of shelters, mental and medical care for children around the world who are forced to fight in conflicts.

Moreover, Cage supports AwtWorks, which raises awareness of rights at work, and the Oceana campaign, which protects and restores the world’s ocean.

Read About Jim Carrey’s Net Worth, Films, Lifestyle, and Career

Nicolas Cage has been in Hollywood for a long time and has entertained us with his blockbuster movies over the years.

According to IMDB, Nicolas has about 108 credits as an actor, 17 as producer, and 1 as director.

Let’s check out his earnings from each film:

Apart from that, Nicolas has also done voice work for 2018 Spider-Man: Into the Spider-Verse and 2018 Teen Titans Go! To The Movies.

Similarly, he was the narrator of Love, Antosha, a documentary made by Irina Yelchin and Viktor about their late son Anton Yelchin in 2019.

Read About: Matt Damon’s Net Worth, Lifestyle, Cars, and Films

Recipient of various accolades Mr. Cage has appeared in numerous box office hit films and TV shows over the years.

At the age of fifteen, he tried to convince his uncle Francis Coppola (director) to give him a shot in his film.

He got his big break in the 1982 film Fast Times at Ridgemont High opposite of Sean Penn and Judge Reinhold.

After that, he appeared in a range of films including both offbeat and mainstream.

Nicolas Cage married actress Patricia Arquette in 1995 and divorced in 2001.

After that, he married Lisa Marie Presley in 2002 and divorced in just 107 days.

Likewise, Mr. Cage has been married five times to date.

Nicholas Cage won an Academy Award for Best Actor for his role in the 1995 film Leaving Las Vegas.

Who is Nicolas Cage’s current wife?

Cage married for the fifth time with Japan native Riko Shibata in 2021 in Wynn Hotel in Las Vegas.

35 Richest Golfers of All Time

NNet Worth
A huge part of our mindset is influenced by what we listen to. In that regard, motivational speakers…
NNet Worth 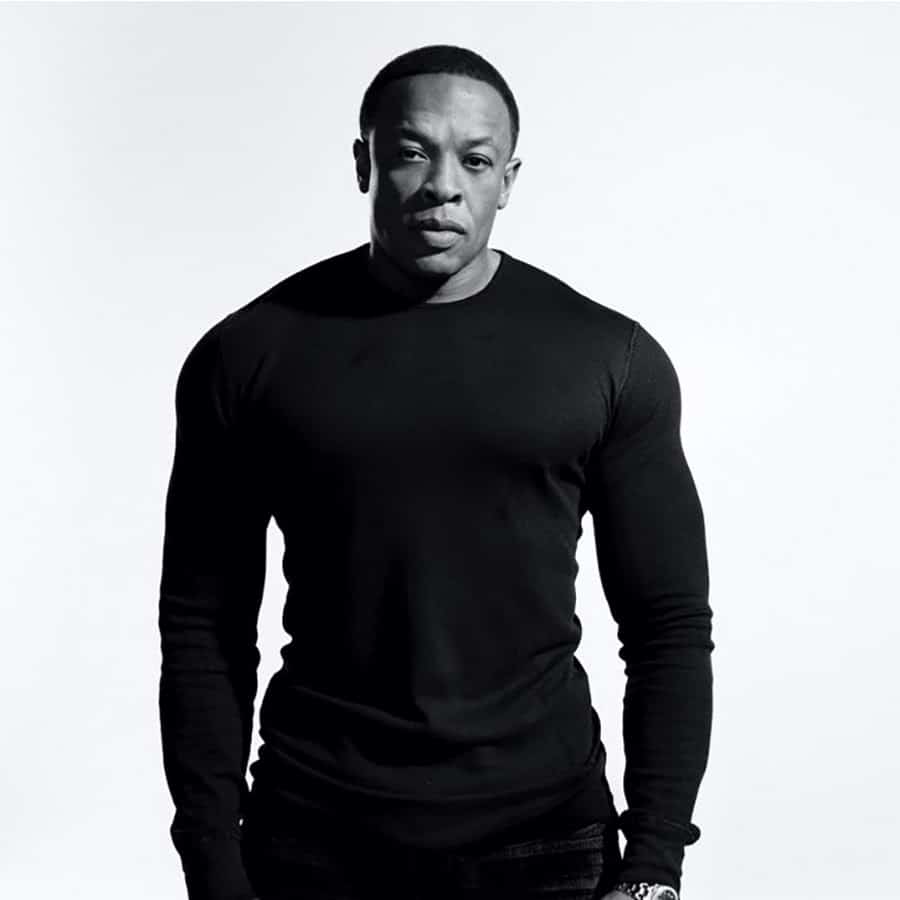 Read More
One of the richest American rappers, record producer, and businessman Dr. Dre has an astonishing net worth of…