An American actress, singer, songwriter, and philanthropist Mandy Leigh Moore, known professionally as Mandy Moore, has an astonishing net worth of $14 million.

The singer-turned-actress rose to prominence with her debut single “Candy,” which was released in 1999 under Epic Records.

The single peaked at number 41 on the Billboard Hot 100.

Similarly, in 2001, Moore made her feature film debut with a minor voice acting role in the family comedy film Dr. Dolittle 2.

Since 2016, she has been starring as Rebecca in the NBC family series This is Us.

For her jaw-dropping performance in the series, Moore has won two Screen Guild Awards for Outstanding Performance by an Ensemble in a Drama Series.

Similarly, Moore has been nominated for several other prestigious awards, including Golden Globe and Primetime Emmy Award.

Furthermore, she was awarded a star in the Hollywood Walk of Fame in 2019.

Following are the quick facts about the singer and actress Mandy Moore:

Mandy Moore’s net worth as of October 2022 is an astonishing $14 million as a successful music artist, actress, and model.

Similarly, the actress has voiced animated characters in some of the highest-grossing films.

Mandy released her debut studio album titled So Real in 1999.

It peaked at number 31 and sold 950,000 in the United States. The album was certified platinum by the RIAA for shipments of over a million copies.

Similarly, her compilation album I Wanna Be With You, released in 2000, sold 58,000 units in its first week.

It was also certified gold by the RIAA for shipments of half a million copies.

Mandy bags a good amount of money from her digital music streaming platforms like Spotify and Apple music.

Aside from her music Mandy has had quite a fantastic career in acting.

She has more than 80 credits as an actress, including films, TV shows, and her music videos.

As mentioned before, Mandy currently stars in the NBC series This is Us, for which she is paid beautifully.

Every single episode of the series pays the actress a staggering $250,000, which works out to around $4.5 million per year considering 18-episodes a season.

Nevertheless, prior to the salary bump in 2018, her per episode earning from the series was $85,000, still higher than her other cast members, who earned a reported $40,000.

Furthermore, her role as Lisa in the 2002 comedy-drama film Try Seventeen earned her an excellent $250,000 paycheck.

Net Worth of Mandy Moore in Different Currencies

Mandy Moore’s net worth is $14 million but let’s check out what it looks like in other currencies around the world.

Similarly, Moore, along with her husband, purchased a midcentury modern home in 2017 for $2.56 million.

The couple spent additional few hundred thousand for a complete renovation of this 3,351 square feet three bedrooms and three bathroom home. It serves as their current residence.

Singer and actress Mandy Moore own a variety of cars.

However, she has been mostly spotted driving her black Porsche 911 Carrera S which costs around $117,000.

Aside from that, she has been spotted in a white Toyota Prius, which has an average starting price of $24,000.

This is Us actress Mandy Moore has been in the entertainment industry for over two decades and has had several high-profile relationships.

She is currently in her second marriage.

However, Mandy filed a divorce from Adams in January 2015, citing their incompatibility.

Together, the couple released a statement explaining their decision to part their ways, calling it a respectful, amicable parting of ways.

Their divorce was finalized in June of 2016.

The ceremony was held at Moore’s house that started in the evening.

Moore’s This is Us co-stars Sterling K. Brown, and Chrissy Metz were among the attendees.

Aside from the tale of her relationships and marriages, Mandy has a colorful personality. In fact, she is ENFJ.

People with ENFJ personalities are often described as outgoing, loyal, sensitive, and warm.

She takes care of her health, workouts daily, and watches what she eats because, you know, gotta maintain those curves!

Moore does not include cow’s milk, gluten, salmon, soy, and apricots in her diet.

Moreover, Mandy has to look fabulous because she has the superstar image to maintain.

For her apparel, she normally goes for designers such as LOEFFLER RANDALL Sam, Lela Rose, Dana Rebecca Lauren, and L’Agence.

She frequently travels to quench her wanderlust.

In 2016 Moore was seen in a resort of Mexico chilling by the swimming pool, having a good time, and flexing her curves in a black two-piece.

Similarly, Moore traveled to Nepal in 2019.

She reached Mount Everest base camp with a guide and a group of hikers.

Singer and actress Mandy Moore are quite active in philanthropy.

She mainly works tirelessly for causes related to Africa and its people.

Moore endorses the philosophy of effective altruism and advocates “giving with your head.”

Similarly, she has worked with nonprofits such as Population Services International, which helps children under five who face life-threatening diseases.

Likewise, she supports the Nothing But Nets campaign.

In fact, as part of the campaign, she interviewed United States Ambassador to the Central African Republic Laurence D. Wohlers in 2010 and helped the campaign raise over $1.2 million.

Furthermore, Mandy serves as a spokesperson for the “Women who should be famous” campaign and Dove’s self-esteem movement.

Mandy Moore has had a pretty successful music career.

Her debut single reached forty-one on the US Billboard Hot 100, top forty in France, Canada, Ireland, and top ten in New Zealand, UK, and Australia.

Likewise, Moore released her debut album So Real in December of 1999.

It became her most commercially successful album selling over a million copies worldwide, and RIAA platinum-certified the album.

She followed the album with a debut compilation titled I Wanna Be With You in May 2000.

The album was also certified gold by RIAA as it reached number twenty-one on the Billboard and sold over 800,000 copies worldwide.

She dropped her most recent and sixth album in 2020, titled Silver Landings. It was her first album in over 11 years.

Furthermore, she is known for writing her music. Moore has cited Todd Rundgren, Harry Nilsson, Joni Mitchell, and Paul McCartney as her influence.

Similarly, in one of her interviews, she stated that her then-husband, too, had a significant influence on her music. It was her husband Ryan Adams who introduced her to heavy metal.

With more than 80 credits to her name, we can assume how much of a successful actress Mandy Moore is.

The American actress has starred in a number of box office hits throughout her career. Her films have grossed nearly a billion dollars in the global box office.

Be it a lead or the supporting role; she nails it every time she appears on the screen.

Mandy is probably more famous on the small screen we recognize.

Some of her best small screen works include This is Us, Grey’s Anatomy, Scrubs, Rapunzel’s Tangled Adventure, and Red Band Society.

Mandy Moore has graced the cover of numerous magazines over the years, given her astoundingly pretty face. I mean, can you blame her?

In 2018 she was featured on the cover of Cosmopolitan.

Similarly, Garnier signed Moore as a spokesmodel in 2017.

Aside from that, Mandy began her fashion career with her line called Mblem. She launched the brand with contemporary knitwear and cashmere line in 2005.

She mainly focused on selling the clothes to taller women as she herself stands a staggering 5 feet 10 inches and 1.78 meters.

Nonetheless, she announced that the line would be discontinued in 2009 without revealing the reasons.

Many Moore was born to Donald, a pilot for American Airlines, and Stacy, a former reporter.

She was raised alongside two siblings in a suburb of Orlando in Seminole County, Florida. They moved to Florida from Nashua, New Hampshire, because of her father’s work.

Moore was extremely interested in acting and singing from a young age. As a matter of fact, she practically begged her parents for acting and voice lessons.

Interestingly, when Moore overheard that a FedEx delivery guy had a friend at Epic Records, she gave the guy her unfinished demo.

Lucky for her, she got a call back from the record label and was signed.

No. Mandy Moore is Russian Jewish, from her maternal grandfather, and is of English, Irish, and Scottish descent.

How old was Mandy Moore in Princess Diaries?

Moore was sixteen years old when she was cast as Lana Thomas in Princess Diaries. 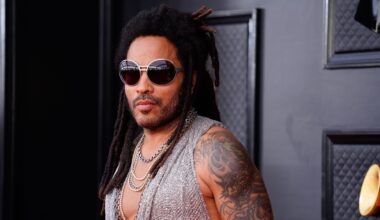 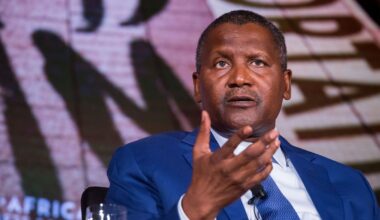