One of the biggest and brightest- London Fashion Week (LFW), is around the corner, and we can barely contain our excitement to watch the dazzling stars and looming designers in their sumptuous designs.

This year’s London Fashion Week, presented by Clearpay, will begin on Saturday, June 11th, and end on Monday, June 13th.

The digital-physical hybrid as this coming fashion week is going to be will exhibit both womenswear and menswear brands.

London, the city of fashion which still perfectly preserves the hints of refined British aesthetic, is all set to dazzle its viewers after nearly two years of performing fashion shows virtually due to the COVID-19 pandemic.

So, what happens inside this glorious fashion week, and what are the rules to play by?

We bet you have your queries, and here in this article, we will try our best to give you a thorough insight into this grand expo.

LFW is an apparel trade expo that takes place twice a year in London. In fact, it is one of the “Big Four” fashion weeks where the other three take place in New York, Milan, and Paris.

The expo features around 250 commendable designers and a plethora of global audiences belonging to media and merchants.

Moreover, LFW has long been the crest of London’s fashion calendar and premium legacy companies belonging to the clothing business. The fashion week exhibits emerging designers and sets a bar quite uniquely.

LFW: How did it start?

Let’s start with a bit of the history!

In the year 1984, The British Fashion Council launched LFW to optimize the fashion exhibition scene in London.

To detail, The British Fashion Council (BFC) is a non-profit organization that still is the main body managing and running the Fashion Week.

Nevertheless, there are other individual organizations and producers as well who are considerably associated with this expo.

LFW: Where and When?

Like every other year, London Fashion Week 2022 will take place at The Store Studios, 180 Strand, London, where you can expect over 5000 press and buyers to attend the event.

About the month, this grand expo happens twice a year, once during February-March and another during September-October.

To add further, in the February-March session, designers showcase their autumn and winter collections whereas, in the September-October session, we get to see their spring and summer collections.

In the coming LFW, there will be catwalks showcasing both individual and collective representations illustrating menswear and womenswear.

For instance, we all are going to love the catwalks from AGR, Ravensbourne University London (Class of 2021), Carlota Barrera, Robyn Lynch, LABRUM London, Ahluwalia, and many more.

In the same way, we will witness the fashion presentation from some of the big names like Yuzefi and Scott Henshall.

Not only this but there are going to be fashion appointments and several evening events in the coming LWF.

LFW: Who can attend?

Unlike those last years affected by the pandemic, this year’s London Fashion Week is open to all the public. However, one should be over the age of 18 to attend this event.

Now, if you are a designer and meet the criteria for showcasing your design, then you are, by default, an attendee of the event.

However, if you wish to watch the fashion show, either the designer’s press staff must invite you, or you must ask for a ticket yourself. For doing so, you will have to send a well-written email to LFW stating your reason to visit fashion week.

Undoubtedly, there will be uncountable designers attending or representing their work in the London Fashion Week.

We can never understate the power of fashion. Any fashion week helps in flourishing designers, models, brands, and several other elements connected to such events.

Every year with London Fashion Week, we get to witness magnificent catwalk presentations, discussions, and a one-of-a-kind buying/selling experience.

LFW hosts more than 150 international companies along with its national corporations, which represent their own designers and teams.

This creates a huge impact on the current and upcoming season’s fashion trends.

It goes without saying that LFW highlights London’s continuous leadership in the disciplines of fashion and fashion education which is much more artistic and distinct from the rest of the world.

The UK’s fashion industry generates annual revenue of £32 billion, and the events like LFW is the most significant contributor to the UK economy.

LFW is the second most profitable fashion week in the world after New York Fashion Week.

On top of that, the other direct income by the city during this fashion week is noted to be more than £50 million.

Every major event requires sponsors. The same may be said about fashion shows.

The money raised from their mutually beneficial collaboration is used to help the designer community and the wider fashion business.

Let’s start with Canon, as it is the major sponsor of London Fashion Week.

Coming along, the notable name in the sponsor list is DHL, Coutts & Co, Coca-Cola, MAC Cosmetics, Lavazza, Mercedes-Benz, Vodafone, and many others. 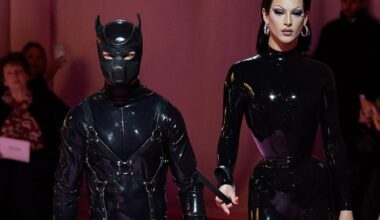 Read More
Unforgettable London Fashion Week Moments!! London is a distinctive fashion hub in the world. The fact that this…
FFeatured 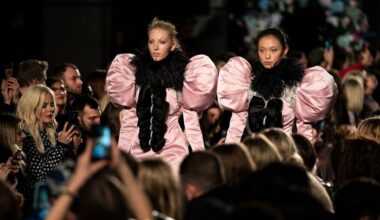 Read More
Designers to Watch Out at London Fashion Week!! We find an unparallel balance of sense of style and…