Meanwhile, a two-time NBA champion has been working as a head coach for the Michigan Wolverine men’s team since 2019.

Juwan has played in the most popular league from 1994 to 2013 and made a good name among fans across the globe for amazing heroics as a power forward.

Likewise, during his stint at the University of Michigan, he was a part of Fab 5 that reached the finals of the NCCA tournaments.

After his successful career as an NBA player, Juwan is now making a name for himself as a respectable coach. He has helped the team Wolverine win Big Ten Championship.

Juwan Howard | Net Worth and Income

The prolific power forward Juwan Howard’s net worth is a whopping $80 million as of October 2022.

Howard made most of the money from his 19 years long glittering NBA career. He earned around $149 million salary alone.

Furthermore, Juwan Howard is the first player in NBA history to smash a $100 million deal after renewing his contract with Washington in 1996.

To begin with, Howard played seven seasons for Washington Bullets and received a total salary of $66.4 million.

Likewise, he played two seasons for Dallas Mavericks and grabbed a total of $19.9 million.

In addition, Juwan further played three seasons for the Houston rockets and pocketed around $17.7 million as a salary.

Interestingly, Howard’s list of paychecks continues as he played for many other clubs in the NBA and pocketed around $45 million.

Besides, he has made a good wealth from his lucrative endorsement deals with renowned companies.

Currently, Juwan works as a head coach for Michigan and gets paid in millions.

And as per reports, he will receive a hefty sum of $16.9 million over five years.

Net Worth of Juwan Howard in Different Currencies

Let’s take a sneak peek at NBA star Juwan Howard’s net worth in some major currencies.

The former NBA player has a fantastic collection of cars in his garage, which is not surprising with such a massive net worth.

Besides, he has been spotted with Ferrari on occasions worth hundreds of thousands of dollars.

As of October 2022, Juwan Howard’s net worth is a massive $80 million as a former NBA superstar and current coach.

Howard has made a boatload of money in his 19-year long, illustrious NBA career.

In 2005, Howard bought an expensive property in South Florida’s Gables Estates for $11.775 million.

Likewise, in 2009, Juwan bought a three-bedroom apartment for a reported cost of $2.25 million in one of the famous Trump International Hotels and Tower.

The NBA legend does not hold back when flaunting his fantasies. As per reports, he owns a private 54-foot yacht named Fab5.

However, the pricing and specification of the yacht are kept undisclosed.

Howard loves wearing branded wristwatches and is often seen wearing them. Meanwhile, he wears a yellow gold Rolex Sky-Dweller, which costs around $19,000.

You Might Want to Read About Kevin De Bruyne Net Worth: Career & Cars

Juwan has made many appearances off the court in the movies and TV shows. To start with, in 1994, he featured in a basketball film, Hoop Dreams.

Furthermore, in 1996, Juwan was featured in an episode of Hangtime in season 2. Also, he played a small role in the television drama The West Wing.

Besides, he has appeared in documentaries The Fab Five and the 1997-98 Chicago Bulls Championship season.

In addition, Juwan made a brief appearance in episode 8 of The Last Dance.

Given his popularity, Juwan signed some outrageous endorsements deals with renowned companies like Coca-Cola, Nike, and McDonald’s.

One of the most prolific players in NBA history, Juwan Howard’s net worth as of October 2022 is an enormous $80 million.

Everyone is conscious about making smart choices when it comes to securing the future.

Likewise, the former NBA legend Juwan has also made smart investments in various sectors. To begin with, he has invested in the real estate business.

In 2012, he sold the Florida-based property for a reported cost of $10 million.

Several authors have penned down a book on NBA legend Juwan Howard.

Howard has had an illustrious NBA career.

Besides, he is still in good shape and currently working as head coach for Michigan Wolverine’s basketball team.

I mean, who in the world denies going on vacation and enjoying the exotic food and places? Well, Juwan too loves having fun on holidays.

In 2013, Juwan and his Miami teammates were spotted spending quality time on Miami beaches.

He has done remarkable humanitarian work off the court to help needy people and communities.

To start with, Howard volunteered to visit the patients at Univerity of Michigan Health System Hospitals during his student days at the University.

Furthermore, Juwan helps youths foster their basketball skills through his Juwan Howard Foundation based in Washington Dc and Chicago.

In addition, he runs a free annually basketball camp for the youths via the collaboration between Juwan Howard Foundation and Chicago Public Schools, Dell Computers, EMI Music, and the NBA.

Also, during his stint with Miami, Juwan worked actively in South Florida Community Outreach and Fundraising.

Meanwhile, Howard has received several accolades and awards for his immense work in social causes.

You may Read About Larry Fitzgerald Net Worth: Investment & Charity>>

Howard started his college career playing for the University of Michigan from 1991 to 1994 as one of Fab 5.

In 1994, he got picked by the Washington Bullets in the NBA Draft.

After his selection in the NBA, Juwan played for the Washington Bullets from 1994 to 2001 and recorded wonderful performances.

Likewise, in 2001, he moved to the Dallas Mavericks but stayed at the club for only one season. Further, he moved to Denver Nuggets and Orlando Magic and spent a season.

In addition, in 2004, Juwan signed for a new club Houston Rockets, and played for three seasons before returning to the Dallas mavericks.

Besides, he has played for Charlotte Bobcats, Portland Trailblazers, and Miami Heat in the NBA.

Yes, the former NBA player has been happily married to Jenine Wardally since 2002, and the couple is blessed with six children.

Is Juwan Howard a Hall of Famer?

No, Juwan Howard is not a Hall of Famer.

Yes, the NBA legend has won the NBA championship twice in his 19 years long NBA career.

You Might Also Want To Read About Kobe Bryant Net Worth: Career & Death>> 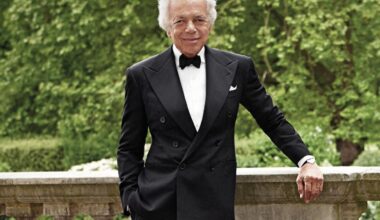 Read More
A well-renowned fashion designer and billionaire business tycoon Ralph Lauren has a ginormous net worth of $8.2 billion.…
NNet Worth 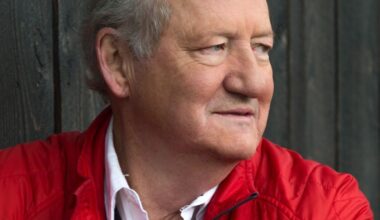