An American actor and singer, John Stephen Goodman, aka John Goodman’s net worth, is a whopping $45 million.

Goodman gained worldwide repute as Dan Conner in the ABC comedy series Roseanne, which ran from 1988 to 1997 and again in 2018.

The series was renewed in 2018 for the eleventh season but was subsequently canceled by the network following Roseanne Barr’s tweet about Valerie Jarrett, a former advisor to President Barack Obama.

Since 2018 John has been starring in Roseanne’s spin-off show called The Conners.

Aside from the small screen, John has also starred in several films garnering the same level of success.

John has had quite a decorated acting career with several prestigious accolades to his name.

Vanity Fair’s John Heilpern has called him “among our very finest actors.”

John Goodman’s net worth as of August 2022 is a staggering $45 million. Here are some quick facts on the talented actor and singer John Goodman:

One of the highest-paid television actors, John Goodman’s net worth as of August 2022 is a staggering $45 million.

John’s entire fortune can be attributed to his successful TV and film career, endorsements, and commercials.

Since his career start in 1975, Goodman has appeared in numerous films and television shows, earning an astonishing fortune and establishing himself as one of the finest actors in the industry.

Aside from that, John’s voice-over and SNL gigs have significantly supplemented his income over the years.

Did you know John has hosted Saturday Night Live thirteen times to date?

Let’s face it, Roseanne put Goodman on the map.

He appeared from the beginning to the end of the show earning a massive fortune given the show’s popularity.

While his per episode salary during the initial run of the show is unknown, he made quite a buck on the reboot.

The reboot of the show premiered in 2018 and ended after nine episodes.

Goodman reportedly earned $250,000 per episode for the reboot of the show, which worked out to $2.25 million.

And that’s on top of what he had earned for nine seasons before.

Though the show got canceled after nine episodes, Goodman still has its spinoff streaming money to his bank account continuously.

For the first season of the spinoff, The Conners, Goodman made around $300,000.

Considering 11 episodes in the first season, John walked away with over $3 million.

Similarly, for the second season, Goodman and the cast earned a per-episode salary of $375,000 plus a piece of the backend.

With a total of 20 episodes in the second season, Goodman earned $7.5 million.

Heading into the third season of the show, Goodman’s salary was bumped to $400,000. With that, he pulled over $8 million for the entire season.

While his fourth season’s salary has not been revealed, even with the same salary bracket as the previous one, he might have added another $8 million to his ever-growing fortune.

Since Goodman now has a backend cut, he will be making money hand over fist in the reruns in the future.

In 1994, John appeared as Fred Flintstone in the family/comedy film The Flintstones alongside Elizabeth Taylor, Elizabeth Perkins, Halle Berry, and Rosie O’Donnell.

His role in the film bagged him $3 million.

Similarly, for his role as Rex in the 2000 sitcom Normal, Ohio, he earned a staggering $4.4 million.

John Goodman’s net worth as of August 2022 is a staggering $45 million.

Net Worth of John Goodman in Different Currencies

John Goodman’s net worth as of August 2022 is a staggering $45 million. Here is how it looks in other currencies, including crypto Bitcoin.

In 2007, John Goodman paid a whopping $4.6 million for a five-bedroom home in the Pacific Palisades area of Los Angeles.

He sold his Encino, California house for $1.98 million to actor David Hasselhoff in 1996.

Other than that, he has not revealed his possessions.

John Goodman leads a comfortable lifestyle with a net worth of $45 million.

However, he has had his share of bad days.

He struggled with severe alcohol abuse in the past.

Nevertheless, since 2007 Goodman has been sober and tries to attend an Alcoholics Anonymous meeting each morning.

He drank for more than 30 years. While in drinking days, he used to consume Jack Daniels, a Tennessee whiskey, on daily basis.

He was not into working out or eating healthy either.

But he later realized that his weight was causing him various health-related issues, so by August 2010, he had lost more than 45 kg or 100 lbs. through a program of food journaling and exercise.

His trainer had him doing 40 minutes of cardio in the morning and at night for 80 minutes spread out in total throughout the day.

For his cardio, he used to do a lot of walking, but his knees were painful from the walking, which eventually led him to opt elliptical and recumbent bike.

Furthermore, Goodman is known for his love for baseball. He is a lifelong supporter of the St. Louis Cardinals in MLB.

As a matter of fact, he narrated a documentary about the Cardinals teams of the 1980s on a 2020 MLB Network.

John Goodman has contributed to several non-profits and charities over the years but in an unconventional ways.

He usually does commercials for fundraisers and charities to make his contributions.

He has appeared in several commercials aired in Louisiana since Hurricane Katrina.

Similarly, he appeared in commercials to raise awareness for the Deepwater Horizon oil spill in 2010, along with several well-known celebrities, including Blake Lively, Peyton and Eli Manning, and Sandra Bullock.

John Goodman began his career in the entertainment industry working as a voice-over actor and also appeared in plays and commercials.

In 1982, he made his silver screen debut with Eddie Macon’s Run and then starred in the play Big River for two years, starting in 1985.

He earned a Drama Desk nod for Best Featured Actor in Musical for the latter play.

Before landing his big role as Dane Conner on ABC’s series Roseanne, John appeared in The Big Easy, Revenge of the Nerds, and Raising Arizona.

During his time with Roseanne, he managed to appear in several other films and TV shows, including The Flintstones, King Ralph, and Arachnophobia.

John has more than 160 TV and film credits to his name.

Some of his other notable credits include The Big Lebowski, Daniel Big Dan, Blues Brothers, Mighty Mack McTeer, and Where Art Thou?.

Similarly, his voice credits include Monsters Inc, Monster’s University, The Princess and the Frog, ParaNorman, and The Emperor’s New Groove.

His work in Roseanna garnered him some of the most prestigious accolades, including the Golden Globe Award in 1993, the People’s Choice Award in 1989, and the American Comedy Awards in 1989 and 1990.

John Goodman was born to his mother, Virginia, and his father, Leslie, in Affton, Missouri, a suburb of St. Louis.

His father worked as a postal worker, and his mother waited table in a cafeteria.

Sadly his father succumbed to a heart attack when John was just two years old.

He grew up along with his older brother and a younger sister in a Southern Baptist household.

Goodman went to Affton High School, where he joined a football team. He played as an offensive guard and defensive tackle on the team. In addition to football, he was also involved in theatre.

Since the injury ruined his chance to become a professional football player, he decided to major in theatre.

In 1975, he graduated and obtained a bachelor’s degree in Fine Arts.

The same year he moved to New York City in search of a career in the entertainment industry.

Did John Goodman have a gastric bypass?

There is nothing documented to suggest John has had bypass surgery with his weight loss.

Who is John Goodman married to now?

John has been married to Anna Beth Goodman since 1989. 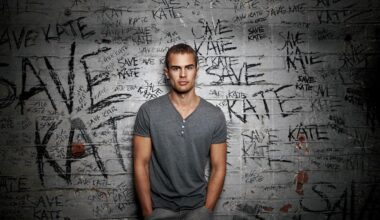 Read More
An English actor, director, producer, and model, Theo James’s net worth is a whopping $18 million as of…
NNet Worth 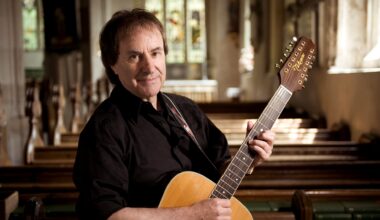 Read More
British-Irish singer and songwriter Chris de Burgh’s net worth is a whopping $50 million.  Beginning his career as…