An American actress, singer, writer, and businesswoman, Gwyneth Paltrow’s net worth is a whopping $200 million.

Paltrow is mostly known for her portrayals of smart and complex characters in a range of genres of films.

In addition to her award-winning acting, Paltrow is a savvy businesswoman and has invested in several business ventures, which justifies her incredible net worth.

To know more about how she made such ginormous net worth, please read till the end of this article.

Even though she garnered attention for her early roles in films such as Seven, Emma, and Sliding Doors, she was propelled to stardom with the 1998 romantic historical fiction film Shakespeare in Love.

Her performance as Viola de Lesseps in the film garnered her wider acclaim and several accolades, including Academy Award for Best Actress.

Actress and businesswoman Gwyneth Paltrow’s net worth as of October 2022 is $200 million. Here are some quick facts on “Pepper Potts.”

Actress and entrepreneur Gwyneth Paltrow’s net worth is a whopping $200 million as of October 2022.

Her net worth primarily stems from a successful acting career dating way back to the early 1990s and partly from the lifestyle business empire, Goop.

In addition to that few million in Paltrow’s fortune can be attributed to her various endorsement deals with elite brands and companies.

Gwyneth Paltrow has appeared in at least 51 films to date since the beginning of her career in 1989.

Her movies have collectively grossed over $1,319,390,633 at the global box office, which is more than enough to make her one of the most bankable actresses on the planet.

In 1998, she appeared in the romance/drama film Shakespeare in Love alongside Joseph Fiennes, which later bagged her only Academy Awards for Best Actress.

This was just the beginning for the actress as she eventually landed in some of the well-received films of all time, which not only earned her international recognition but also a boat load of money.

In 2002, Paltrow appeared as Maud Bailey in the romance/drama film Possession, for which she made a whopping $5 million.

Similarly, her role as Donna Johnson in the 2003 film View From the Top earned her a paycheck of a staggering $10 million, doubling her salary from the previous year.

As for her Ironman salary, not much has been revealed, but considering the fact that the film became a massive success, Paltrow must have made handsome money.

While Paltrow has shifted her focus more to business pursuits and endorsement deals lately, she still makes minor appearances in films and TV shows.

Either way, she is making tons of money and does not seems to be slowing down anytime soon.

In 2019 Terry Sanderson, a retired optometrist, filed a lawsuit against Paltrow seeking $3.1 million, claiming that she collided with him on a ski slope in Utah three years earlier, causing him permanent traumatic brain injury.

For this claim, Paltrow countersued Terry in February of that year, claiming that he was the one who crashed into her. She sought $1 in damages as well as repayment of her legal fees.

Net Worth of Gwyneth Paltrow in Different Currencies

Gwyneth Paltrow’s net worth as of October 2022 is $200 million. Let’s have a look into her net worth in some of the major currencies around the world, including the infamous cryptocurrency Bitcoin.

Gwyneth Paltrow’s net worth as of October 2022 is an enormous $200 million.

The Ironman actress has several properties across the United States, most notable being her mansion in Montecito, California.

Back in 2016, Gwyneth, along with her then-boyfriend now-husband Brad Falchuk, splashed about $4.9 million for the mansion, which has practically every luxury imaginable.

The already chic four-bedroom, the four-bathroom mansion is powered by solar energy with a gray-water system which shows Paltrow’s commitment to environmentalism.

Besides this, she owns a beautiful house in Brentwood and a holiday home in Hamptons, where the couple got married in 2018.

Actress Gwyneth Paltrow has a decent car collection that includes everything from classic Mercedes to modern and high-tech BMW.

We hear a lot of rags to riches stories while talking about showbiz, but Gwyneth, on the other hand, was raised in a very wealthy household.

She was born to film producer-director Bruce Paltrow and actress Blythe Danner.

Even though she made a name for herself later in her career, her kick start of the career can be attributed to her acting family.

Matter of fact, her debut TV film High was directed by her father, Bruce.

And real quick, guess who her godfather is; Steven Spielberg.

Yeah, that’s right, Paltrow is the goddaughter to the greatest living director in the world, Steven Spielberg like there were not enough star power in her family.

Enough with her family talks, let’s talk about how hot she looks even in her late 40s.

Well, the credit goes to her simple yet effective fitness routine.

She includes a lot of cardio in her workout regime, which keeps her slim and fit as a fiddle.

Similarly, Gwyneth believes in lifting weights, which are not more than 3 lbs. as weight training is for body toning.

She is actually still a meat-eater despite the rumors about her being vegan.

As of October 2022, Gwyneth Paltrow’s net worth is a staggering $200 million.

Actress Gwyneth Paltrow is one of the most charitable actresses in Hollywood.

She serves as the board member of several non-profits, including the Robin Hood Foundation.

The foundation efforts to reduce problems caused by poverty in New York City.

Gwyneth is an artist ambassador of Save the Children, raising awareness about World Pneumonia Day.

Likewise, the cosmetic company and one of Paltrow’s endorsers Estée Lauder donates a minimum of half-million dollars of sales of items from the ‘Pleasures Gwyneth Paltrow’ collection to breast cancer research every year.

With her extremely captivating personality and charm, Gwyneth Paltrow dominated cosmetic products as an endorser during her heydays.

She still has a few brands inside her pocket, which she endorses despite her business commitments.

Gwyneth Paltrow was appointed the face of Estee Lauder’s Pleasures perfume in May 2005.

That year she earned $10 million from her contract with Estee Lauder.

In 2008, she made an additional $3 million from the company for television and print advertisements.

Similarly, she became the face of the Korean brand Bean Pole International in 2006, and in 2014, she partnered with Blo Blow Dry Bar in her beauty endeavor.

Aside from brand deals, the beauty with brain actress has established a lifestyle web empire that bags her millions each year.

Its traffic and readership proliferated and branched out into a website, pop-up shops, a podcast, and a print magazine.

The company is based in Santa Monica, California, with more than 294 employees across four locations as of this writing.

Despite the fact that Goop and Paltrow have been criticized on several occasions for showcasing expensive products, the company has grown incredibly popular over the years.

Paltrow’s stake in the company is worth around $75 million before taxes, and she still serves as the CEO of the company.

Gwyneth Paltrow’s net worth as of October 2022 is a whopping $200 million.

Similarly, she has narrated Bill’s Panda Bear, Polar Bear, What Do You See?, and Baby Bear, Baby Bear, to name a few.

Aside from narrating audiobooks, Paltrow has also written tons of books on food and recipes.

She co-wrote a book titled Spain… A Culinary Road Trip in 2008. Likewise, her next book, My Father’s Daughter: Delicious, Easy Recipes Celebrating Family and Togetherness, was published three years later in 2011.

Some of her other written works include Notes From the Kitchen Table,  It’s All Good: Delicious Easy Recipes That Will Make You Look Good and Feel Great, and It’s All Easy: Delicious Weekday Recipes for the Super-Busy Home Cook.

In addition to that, she wrote forewords for the book Man Up! Tales of My Delusional Self-Confidence by Ross Matthews in 2013.

Paltrow made her silver screen debut with the 1991 film Shout.

After that, she appeared in her godfather Steven Spielberg’s directed film Hook the same year.

However, with the 1995 film, Se7en Paltrow gained international recognition and became a household name.

Paltrow further solidified her spot in the industry with films such as Hush, Great Expectations, A Perfect Murder, Sliding Doors, and Shakespeare in Love, the latter of which earned her an Academy Award for Best Actress.

Aside from being a talented actress, Paltrow is also a skilled singer and has shown off her vocal skills in films such as Duets and Country Strong.

Who is Gwyneth Paltrow’s best friend?

Gwyneth’s best friend is Maya Rudolph. They have known each other since elementary school.

Are Gwyneth and Beyoncé still friends?

Jay-Z and Beyoncé have been close friends with Paltrow and Chris Martin for decades, and they continue to maintain the same bond even after Coldplay’s front man and Goop founder separated in 2016.

What was Coldplay’s Fix You written about?

Paltrow’s then-husband penned the song to help her through the grief of the loss of her father. 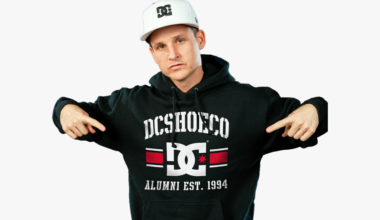 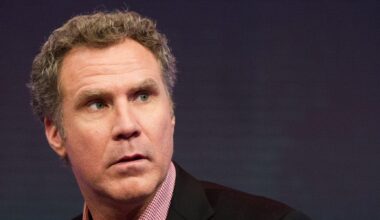