An Irish athlete and arguably the most famous mixed martial artist in the world, “The Notorious” Conor McGregor’s net worth is a staggering $200 million.

Even though he was already well known among MMA fans, he gained notoriety like never before following his fight with Floyd Money Mayweather Jr. on August 26, 2017.

His popularity exploded for being a foul-mouthed trash-talking Irishman with a tendency to cause trouble.

His boxing match against Mayweather not just gained him worldwide recognition but also tons of money.

As a matter of fact, the match between the two drew 4.3 million pay-per-view buys in North America, making it the second most in combat sports history.

Similarly, his fight against Russian fighter Khabib Nurmagomedov at UFC drew 2.4 million pay-per-view buys, making it the most ever for an MMA event.

As of August 2022 Conor McGregor’s net worth is a staggering $200 million. Here are some quick facts about the notorious MMA fighter.

An Irish professional fighter and businessman, Conor McGregor’s net worth as of August 2022 is a gigantic $200 million.

The Notorious Irishman Connor has garnered a massive fortune primarily from two of the biggest fights of all time.

Let’s face it, before fighting Mayweather, Conor was famous but only to a certain group of people and was rich but not filthy rich.

However, after the match, his fame and fortune were immensely elevated despite losing the fight in a technical knockout.

Similarly, McGregor took home an estimated $150 million pretax in 2021 from the sale of his whiskey brand Proper No. Twelve to Becle SAB de.

All in all, McGregor has made somewhere close to $240 million from his career as a fighter.

Likewise, he has frequently graced the Forbes list of highest-paid athletes over the past couple of years.

His earnings between 2018 and 2019 were a whopping $47 million coming from various pursuits, including salary, endorsements, and businesses.

Similarly, his earnings this year is reported to be $43 million according to Forbes, which makes him the 35th highest-paid athlete in the world.

Before making an amateur debut in MMA, Conor was flat broke, living on $235 government assistance checks per week.

However, with time he proved himself in the octagon and eventually rose to the top of the game.

Similarly, he made $12 million in just 13 seconds by defeating Jose Aldo in December 2015.

The same year he made $7 million fighting Eddie Alvarez.

His biggest payday in MMA came in 2018 when he fought the undefeated Russian fighter Khabib Nurmagomedov.

The fight earned Conor a whopping $50 million, and with this, his total MMA earnings surpassed $115 million.

McGregor announced on September 20, 2018, that he had signed an eight-fight deal with the UFC.

Even though the exact terms of the deal and his total compensation were not revealed but according to some sources, it is worth around $200 million, possibly more.

If everything goes well, they will face each other sometime soon in the ring, but only time will tell how much they will make from the fight.

On August 26, 2017, Conor swapped the octagon ring for the square ring and faced the most feared and undefeated boxer, Floyd Mayweather.

The highly publicized fight between the two became the biggest pay-per-view draw of all time, with 4.3 million buys in North America.

But how much did he actually earn from the fight after taxes?

Well, $100 million from the match left him with a total net worth of $85 million after the fight.

Mayweather also profited heavily from the fight making around $280 million.

Net Worth of Conor McGregor in Different Currencies

Conor McGregor’s net worth as of August 2022 is $200 million. Let’s have a look into his net worth in different currencies, including the famed cryptocurrency Bitcoin.

Since he is making a big buck now, McGregor has invested heavily in real estate in different parts of the world.

Even though he is currently a worldwide famous athlete and business tycoon, he still remembers his roots and where he came from.

Which is why McGregor invested $2.5 million in a mansion in Ireland in 2019.

The mansion with five bedrooms and six bathrooms is located near Straffan, Co Kildare.

Well, living in Ireland is fun and all, but it doesn’t promise good weather all year long.

That’s why Conor decided to invest in a luxury holiday home in Marbella, Spain, in 2018.

He reportedly paid $1.6 million for an abode that features its own spa.

Aside from these two, Conor has a mansion in Las Vegas, which he has been leasing since 2015. The 12,000-square feet mansion is located just a 15-minute drive from the Vegas Strip.

Given his flamboyant personality and love for automobiles, Conor has tons of cars in his possession which he likes to show off via his Instagram.

The Notorious has a notorious car collection that can drool even the swankiest car enthusiast.

Aside from super cars and luxurious sedans, McGregor also has a range of luxurious SUV’s including Range Rover, Cadillac Escalade, Land Rover Discovery, and the infamous Lamborghini Urus.

All in all, Conor’s collection of wheels is worth at least $2.5 million.

Read About Richest Boxers in the World

He is a “work hard, play hard” kind of guy and enjoys blowing some money to make himself feel good.

With his materialistic and lavish lifestyle, the UFC superstar attracts a lot of attention from the public.

In addition, he talks about routines, discipline, and spirituality.

His unruffled confidence and self-esteem are the reasons for his success today.

McGregor loves finer things in life and has spent a large chunk of his wealth on them.

In 2021, Conor replied to a fan Tweet, saying, “I have two yachts. A triple-deck 150foot to live life on and then the lambo to rally on.”

Way to live your life, champ!

Similarly, the Irish boxer is a huge fan of expensive timepieces. He reportedly owns at least $4 million worth of watches from different elite brands.

One of the most bankable athletes on the planet Conor McGregor has inked endorsement deals with several elite brands and companies over the course of his career.

Some of the companies he endorsed during the time were Burger King, Beats by Dre, and Anheuser-Busch.

Similarly, McGregor also engages in brand promotions via his Instagram, where he has over 45.8 million followers as of this writing.

McGregor has a partnership with tailoring brand David August which aims to provide modern men’s suits to the new generation under the name August McGregor.

Moreover, McGregor launched an Irish whiskey brand Proper Twelve in Ireland and the United States in 2018.

In 2021, Conor and his business partners sold the majority stake in the company to Proximo Spirits. The deal was reportedly worth $600 million.

Aside from this, McGregor also owns a pub, The Black Forge Inn in Ireland.

In January 2022, the news came out that the pub was targeted by criminals with a petrol bomb.

Lucky for Conor, no one was injured, and no property was damaged.

Conor made his amateur MMA debut when he turned 18. He won his debut match against Gary Morris in the first round.

The UFC announced that they had signed a multi-fight contract with McGregor in February 2013.

McGregor won this fight via TKO just over a minute into the first round. The fight also won him his first Knockout of the Night award.

Conor is known to play psychological games with opponents, and he knows how to get the most out of limited resources.

From living on welfare to being a multimillionaire, Conor has seen it all, and we wish him nothing but good luck in his future endeavors.

No, McGregor isn’t a vegan. He has to have a variety of food rich in nutrients to keep up with stamina and energy.

Is Conor McGregor a US citizen?

No. Conor McGregor is a proud Irish citizen.

The athlete has faced very few losses. His recent loss was to Dustin Poirier in 2021 in Abu Dhabi.

NNet Worth
A Professional National Football League (NFL) player, Keenan Allen has an estimated net worth of $ 2 million.…
NNet Worth 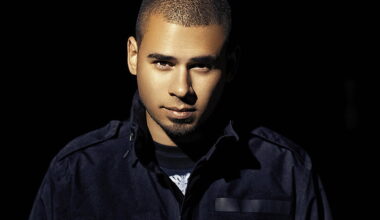