Tennis legend Chris Evert has a Net worth of 16 million dollars in 2021.

Chris Evert is a retired American Right-handed female tennis player and is no ordinary jane in the tennis world.

Her tennis career was very successful as she has been the No. 1 American tennis player multiple times in her glory days.

She is very well known for her powerful two-handed backhand stroke. Later other tennis players also widely began to use this style.

Consecutively from 1974 till 1981, Evert was the year-ending world No.1 singles player.

Additionally, she also has 18 Grand slam single championships under her name.

Her spectacular tennis career had a span of 20 years.

Evert has set many records in tennis, and many of those tennis records still haven’t been broken by other players.

At present, she works for ESPN as a commentator and analyst, and she also owns a line of Tennis and active clothing.

If you love and want to know more about the tennis legend, you may find these quick facts very informative.

Chris Evert: Net Worth and Income

All this success in Tennis not just brought her fame but also brought her a lot of money.

By 2021 Chris Evert Net worth has soared and reached a total of 16 million dollars.

As a matter of fact, She belongs on the list of one of the wealthiest tennis players in the world.

Evert was able to win the total prize money of $8,895,195 after winning 157 singles championships and 32 doubles tournaments.

Ice Maiden now also earns money as a tennis coach in her academy, commentator and analyst for ESPN, writer for tennis magazine, and also through her line of tennis apparel.

In addition, she also has stakes in a tennis magazine.

During her professional career days, Evert earned approximately $542,000 per annum.

Tennis Star Chris Evert Net worth is 16 million dollars, so it is quite obvious she owns a beautiful house.

The home sits on 5 acres in Horseshoe Acres, a small and secluded equestrian community on Boca Raton’s west side.

Furthermore, it also includes a tennis court, a soccer field, a pool, a short par-three golf course, a garage that can accommodate nine vehicles, and two guesthouses.

She also transformed the horse barn into a gym and a home theater.

Moreover, the house also has Six quarters, a sprawling living room with a fireplace and wet bar, a large office, and a dining room.

Evert says her 5-acre house is now way big for her alone as her kids live independently, so she intends to sell the house.

She recently paid $4.9 million for a 6,500-square-foot deep-water estate in Boca Raton.

Chris evert is now 67 years of age, and she firmly advocates that staying fit and healthy is a must for any age group and, most maintain excellent mental health.

She reveals that she regularly does workouts and eats healthy food to stay fit even after retiring several decades later.

As for the workout, Evert plays Tennis every morning, and she also does a lot of yoga and stretching.

Tennis star discloses that she does exercise daily for 45 minutes to an hour to stay fit.

As for her favorite workout, it is Tennis, hiking, walking, running.

If you are wondering what mysterious food she eats to remain super fit? It’s nothing exotic and uncommon.

Her average day begins with two poached eggs on toast and a cup of coffee, followed by a trip to the tennis academy to hit with the kids.

Her favorite “go-to” lunch is a turkey sandwich with fruit and sometimes chips.

Dinner is usually salmon or chicken, although she sometimes substitutes a filet mignon. She eats a salad or vegetables and rice for her main course.

As a former athlete, she loves eating healthy as expected. For snacks, she prefers natural peanut butter, whole bread, and fruit.

She constantly uses a sunscreen with zinc. Likewise, she also wears a hat and sunglasses when she is outdoor.

Even at the age of 67, she still spent her days playing with her students at her own Evert tennis Academy where she is a coach.

Evert also advocates that sleep is crucial as she sleeps a minimum of 8 hours to be adequate.

The tennis celebrity has recently been on vacation to Cabo, a resort city on the southern tip of Mexico’s Baja California peninsula, on September 26, 2020.

She went on that vacation with her family.

The tennis star is responsible for one of the longest charity events held in Boca Raton, Florida, called “The Chris Evert Pro-Celebrity Tennis Classic.”

It all began in September 1989, just one month after her last professional tennis match, and the fundraiser was able to garner more than $350,000.

The Chris Evert Pro-Celebrity Tennis Classic has contributed to an ongoing campaign against drug abuse and child neglect in Florida.

The organization has donated a total sum of 26 million dollars.

In 2019, it had collected over 800,000 dollars, contributed towards a better future for the children.

The beautiful tennis player has not just made it to big tennis tournaments but also has made her appearance on big screens.

Evert has made cameos or appearances on multiple movies like Train wreck, 7 Days in Hell, CSI: Crime Scene Investigation, and Wimbledon.

Moreover, she has also been credited in numerous other films.

However, how many paychecks she received on those movies has not been revealed.

Ice Maiden was not just a superb professional tennis player, but she has also been an excellent financial investor.

Evert has launched her athletic wear for women called Chrissie by Tail.

Regarding her investment knowledge, she gets it from her father, who had a conservative view on financial investments.

Her father suggested that she invest in equities and a fixed income portfolio that proved to be fruitful as her investment was stable during the great financial crisis of 2008.

Additionally, she also has stakes in a tennis magazine, where she also writes a monthly column.

Chris evert is a rare combination of beauty and brilliance.

Evert also has stunning looks and an appealing personality which help her get many commercial sponsorship deals.

The most renowned company she had appeared in advertisement could easily be Rolex, a luxury watch manufacturer.

Furthermore, she had also endorsed brands like Ellesse, which is an Italian sport apparel company.

She has written a book about herself called “Chrissie: My Own Story” published in 1982.

Here she briefly talks about her experience of competing in tournaments and all the personal, including professional, challenges she had to overcome.

Likewise, Evert has also written another book called Lloyd on Lloyd in 1986.

In this book, Evert and John Lloyd (Ex-Husband) jointly tell us about life’s and marriage’s challenges as professional tennis players.

Looking back at her incredible career, it would be a dream for many tennis players to emulate such kinds of feats.

When she was 15, she was invited to participate in an eight-player clay-court tournament in North Carolina.

She defeated Margaret Smith Court, the world’s number one ranked women’s professional player at that time.

Chris Evert made her grand slam debut at U.S. Open in 1971, where she made it to the semi-finals.

In 1974 Evert won the French Open and Wimbledon for the first time but certainly not for the last time.

Consecutively from 1974 to 1978, she remained the Number one in Year-end ranking.

In 1980 and the following year, she ranked number one in the Year-end ranking once again.

She won her first Australian Open in 1982, and this also meant she had won every type of significant tournament at least once.

It was a sad year for tennis lovers as Tennis great Chris Evert finally decided to retire in 1989, while she was thinking of retiring two years earlier.

You might also want to read about Usain Bolt

Chriss Evert is the first tennis player to be ranked number one in WTA (Women’s Tennis Association) ranking.

Evert never lost in the first or second round of a Grand Slam singles tournament.

“If you’re a champion, you have to have it in your heart. ”

“I’m not an overly ambitious person; I don’t feel like I have to excel.”

“You’ve got to take the initiative and play your game. In a decisive set, confidence is the difference.”

Who Was the Tennis Rival of Chris Evert?

Martina Navratilova was the great tennis rival of Chris Evert.

What is the relationship status of Chris Evert?

Currently, she is single.

How many times has Chris Evert been married?

She has been for married three times.

Bishwajit Limbu is a BBA Graduate. He is a simple man who is fond of exploring, diving deep into the realm of details, enjoys science and technology much. Meanwhile, to express his emotion, he writes. 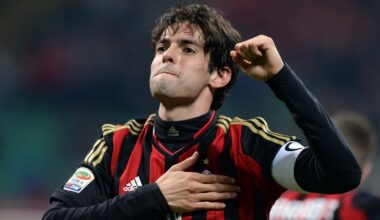