The “Two and a Half Men” star, popularly known by Charlie Sheen, has a net worth of approximately $ 10 million.

Belonging to a cinematic family, Sheen first was seen in the 1974 movie “The Execution of Private Slovik” at the age of 9.

He is a well-known movie and television actor who got widespread attention in 1984 with “Red Dawn.”

Soon after, he got major lead roles in the award-winning movie “Platoon” in 1986 and appeared in “Wall Street” with his father in 1987.

His “Young Guns” performance got him and several casts of the movie a Bronze Wrangler Award. Nonetheless, Sheen also received a star on the Hollywood Walk of Fame in 1994.

From comedy to horror movies, he left no stone unturned, increasing fame and net worth.

Sheen worked in one of the most popular sit-come of all time, Two and a Half Men, as Charlie Harper continued for 8 long seasons. His terrific work in the series won him tons of awards, nominations, and winnings.

Here are some quick facts about the Hollywood Actor Charlie Sheen.

Charlie Sheen’s Net Worth and Income

Actor Sheen has amassed wealth from his acting career in television and movies, making a net worth of $ 10 million.

By 2010, he was at the apex of his career making millions and millions of dollars from his work, and later his turbulent lifestyle made his downfall.

In his most popular series on television, Two and a Half Men, he earned $1.8 million per episode and $ 40 million per year.

Not only that, he made $ 2 million per episode from his other hit series Anger Management.

Nonetheless, with his 30 years of investment in television shows and his business, his net worth had once raised to $ 150 million.

But alas, he couldn’t stick to that due to his personal problems.

Besides that, he had two expensive divorces and allegedly cost him $ 110,000 per month as alimony to his ex-wives. He still pays $500,000 per year to support his children.

Awfully, his net worth decrement credits to settling his HIV-positive status from the public by paying  $ 10 million to the threatener.

Over time, he also reportedly sold two of his properties at a meager price.

As of present, he has an approximate net worth of $ 10 million after all those unprecedented personal expenses.

Actor Sheen bought a luxurious and sophisticated house at overwhelmingly huge prices of  $ 7.2 million in 2006 in Los Angeles.

He owns of the most expensive houses among Hollywood actors, worth $ 8.7 in Malibu.

The actor’s grand success on Two and a Half Men brought him tons of wealth, resulting in the purchase of dozens of highly luxurious cars.

Charlie owns many vehicles over his long career; his taste for high luxurious cars is spectacular.

Mercedes- Benz CLS 320 is one of the most favorites cars among all. It features a big and powerful coupe with wide space for all-sized adults.

He also bought the Mercedes- Benz E- Class soon after completing around 262 episodes of the hit sitcom Two and a Half Men.

Another popular Mercedes-Benz model that he owns is the SLK-320, a little sports coupe known for its signature performance.

He is also the owner of Bentley models: Bentley Continental GT Coupe and Bentley Flying Spur, which are some of the most popular cars in Hollywood.

Sheen’s personal life has made headlines, including reports of alcohol and drug abuse and marital problems, as well as allegations of domestic violence.

The actor partying lifestyle had become one of the media attraction news, which later led him to a stint in rehab in the mid-1990s.

His addiction to drugs got him arrested and hospitalized in 1995, and he was again arrested for minor wrongdoings against a former girlfriend, Brittany Ashland.

By 2000, Sheen worked on his lifestyle and behavior to play as Michael J Fox’s replacement on Spin City’s sitcom.

And this positive reinforcement led to his 2002 marriage to actress Denise Richards, with whom he had two daughters.

Sheen again married the actress Brooke Mueller in May 2008.and afterward gave birth to twin sons.

In December 2009, he was arrested and charged with assaulting and threatening to kill her.

He gradually disclosed his HIV-positive status on November 17, 2015, 4 years after being diagnosed.

His lifestyle, food, and habits changed a lot after being infected, turned vegan, started doing yoga, and drank coconut water coffee instead of normal coffee.

Sheen made his first appearance in the movie through Red Dawn, with several other famous actors Jennifer Grey, Lea Thompson, C. Thomas Howell, and Patrick Swayze.

He and Grey then did a scene together in “Ferris Bueller’s Day Off” in 1986, and he landed his first major movie role in 1986 in “Platoon.”

Then, Sheen starred in 1987’s “Wall Street” with his father. Next, he worked in “Eight Men Out” in 1988 – a baseball movie in which he played an outfielder.

Not only that, but he has also appeared in numerous comedic films, including the “Hot Shots!” series, “Money Talks,” and the “Major League” series.

Also, he worked in the third, fourth, and fifth movies of the “Scary Movie” franchise, and he played himself in 1999’s “Being John Malkovich.”

Here are some of the best highlights of Charlie Sheen’s career:

Sheen debuted on television when he took over Michael J. Fox’s role on “Spin City” in 2000, which ended later that year.

In 2003, Sheen got the role of Charlie Harper on “Two and a Half Men” and continued in this role for eight seasons.

Despite this odd behavior and turbulent lifestyle with couples of arrest, allegations, and scandals, Sheen managed to make a comeback.

On September 19, 2011, he was roasted on Comedy Central and returned to television in “Anger Management” in 2012.

After being diagnosed with HIV and disclosing it to the public, Charlie Sheen became a spokesperson for a new anti-HIV drug.

Sheen’s film career began in 1984 through his debut role in Red Dawn which got his widespread attention and fame.

In 2003, he became one of the highest-paid television actors with the role of  Charlie Harper in Two and a Half Men  hitting the box office for a prolonged time.

But unfortunately, his rebellious, rock star-like behavior in the set got him outcasted from such a great hit of all time.

Subsequently, he got defamed, less cherished after his high addiction to drugs and alcohol, disrupting partying habits, unstable relationships, and personal illness.

As of now, he is settling into a new form of constructive lifestyle after struggling in and out of rehab.

Two and a Half Man star- Sheen is into charities, causes, and events as well.

He helped raise money for breast cancer research after losing a friend to the disease after being a spokesperson for a breast cancer fundraiser, the “Lee National Denim Day,” in 2004.

Similarly, since his good affiliation with HIV AIDS, he has also been a major adherent of Aid for AIDS since 2006.

Afterward,  In 2009, he received an AFA Angel award at the charity’s 25th annual reception.

Eventually, his service for AIDS patients grew, and he served as a judge for the AFA’s annual “Best in Drag Show” to collect money for AIDS research.

Also, he was an early sponsor of Ryan White, the Indiana teenager who contracted AIDS in 1987 through a blood transfusion.

Apart from all of that, he donated the Red Cross each dollar earned from his “Torpedo of Truth” tour to earthquake victims of Japan.

Simultaneously, on July 16, 2012, he gave out a charitable donation of $1 million to the USO- that was the first-ever biggest award the organization received.

Sheen is a man of heart to say out loud- he donated to Cincinnati Reds’ community fund a huge sum of $ 50,000 to assist various charities in August 2012.

A Hollywood fame- Sheen has loads of nominations and winnings from his television shows and movie to date.

The list goes on, he was nominated for four Primetime Emmy Awards for his terrific work on “Two and a Half Men.”

What has happened to Sheen?

Sheen is living an abstinent and quiet life. Regularly, he goes to therapy and is working on amending his behavior and relationships.

What is Sheen currently doing?

He is working for a great comeback with a new show after all those personal issues. He says people can celebrate him again for what he actually does for a living.

What was his highest net worth?

American actor- Sheen was one of the highest-paid television actors through Two and a Half Man at the time, whose wealth had to cross $ 150 million. 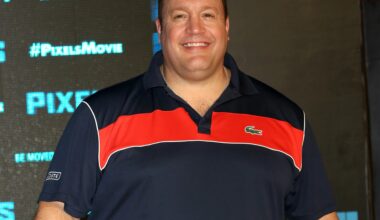 Read More
Kevin James’s net worth is a staggering $100 million as an actor, comedian, producer, and screenwriter. Kevin is…
NNet Worth 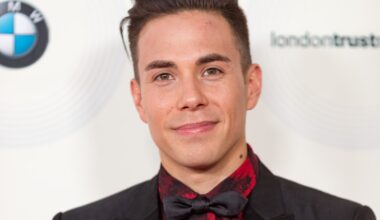