An American rapper and songwriter, Bobby Shmurda’s net worth is $400,000.

Shmurda is considered one of the pioneers of the drill music of Brooklyn.

He became famous worldwide in 2014 after his song “Hot N***a” reached the top ten on the Billboard chart.

The young emerging rapper signed a deal with Epic Records in 2014.

The hip-hop music society was shocked as New York City police arrested Shmurda and the members of GS9 in December 2014.

They were charged with conspiracy to murder, weapons possession, and reckless endangerment.

Shmurda was indicted and was sentenced to seven years in prison in 2016.

The rapper was released in February 2021 after he served the reduced sentence.

Bobby Shmurda | Net Worth and Income

Shmurda lost nearly $10 million of his potential worth due to the indictment.

During his imprisonment, Shmurda earned an average of $7.75 per week, making 10 to 25 cents per hour while working in prison.

Net Worth of Bobby Shmurda in Different Currencies

Here is Bobby Shmurda’s net worth in different currencies.

One of the things he loves the most is his blings.

He possesses a massive diamond chain.

Immediately after releasing from prison, Shmurda was spotted at Ice Box to purchase jewelry.

Bobby Shmurda was born in Miami, Florida. Shmurda’s father is Jamaican, and his mother is of Trinidadian descent.

His father was indicted when Shmurda was an infant, and his mother moved to East Flatbush.

He was frequently in trouble with law enforcement while living in Brooklyn and spent fifteen months in juvenile detention for gun charges.

The charges were dropped later.

Shmurda was reportedly the leader of the criminal group GS9, which involved drug trafficking, murders, and non-fatal shootings.

While imprisoned at Rikers, Shmurda was involved in numerous brawls and conflicts.

The brawl with inmates of the Bloods and Crips gangs led him to lose phone privileges.

Moreover, he was also sent to solitary confinement for a month.

In 2017, Shmurda was moved to Clinton Correctional Facility in New York for completion of his sentence in protective custody.

Despite his involvement in organized crime, Shmurda has contributed to the wellness of the community on various occasions.

Shmurda offered free meals and haircuts for 200 underserved families in his community in June 2021.

Similarly, he donated 2,000 backpacks with school supplies to students in New York.

Similarly, despite his incarnation, in 2016, the Brooklyn rapper offered his endorsement to Hillary Clinton in the Presidential run.

As for his TV appearances, he guest appeared in the fourth season of the American television show Real Husbands of Hollywood.

Since his early childhood, Bobby has been passionate about hip-hop.

His first song was a remix of the Atlanta-based hip-hop group Crime Mob’s “Knuck If You Buck.”

The signature move of the rapper, “Shmoney dance,” also went viral and was popularly used as internet memes.

Epic Records signed Shmurda in 2014 after his popularity grew over the world.

His debut studio album with the recording company was scheduled to release in 2016 but was postponed due to his indictment.

Shmurda expressed that he was writing while he was in prison.

Similarly, he was associated with the rapper Meek Mill in freestyle in 2017.

Shmurda recorded the verses of 6ix9ine’s single “Stoopid” over the telephone from prison.

The single reached the 25th spot on the Billboard Hot 100.

Moreover, Shmurda appeared in a concert at Rolling Loud Festival in Miami in July 2021.

Since his release from prison, Shmurda released a freestyle “No Time for Sleep” in September 2021.

Shmurda reportedly had a girlfriend before he was imprisoned, whereas he is single now.

How many years did Bobby Shmurda serve?

What does GS9 stand for?

According to the police, GS9 stands for “G Stone Crips,” a  criminal gang based in East Flatbush. 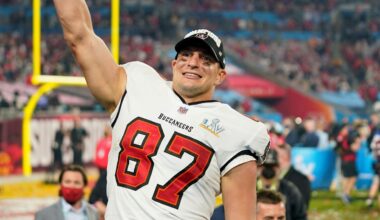 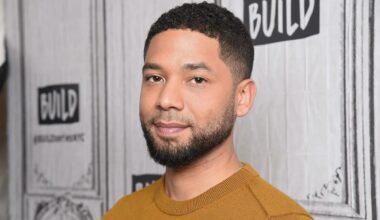