An American musician, composer, and singer-songwriter, commonly nicknamed “Piano Man” after one of his hit songs, Billy Joel’s net worth is an enormous $225 million.

Billy Joel is known for his long and illustrious music career, having sold over 160 million records worldwide.

Similarly, he is also the fourth bestselling solo artist in America and the seventh best-selling recording artist.

According to Billboard, Billy Joel has eight number 1 hits and 23 top 10 hits.

Needless to say that Joel has received five Grammy Awards out of a staggering 23 nominations.

He became the first artist to hold a rock tour in the Soviet Union in 1987 after the country loosened up its ban on rock music.

Here are some quick facts on the singer and songwriter Billy Joel:

The legendary American singer, composer, and songwriter Billy Joel’s net worth as of May 2022 is a whopping $225 million.

Having spent nearly six-decade of his career in the music industry Joel has sold over 160 million records worldwide.

As clever as a cartload of monkeys, Joel has solidified his repute as one of the legendary figures in the music scene.

Along with notoriety, Joel has also earned plentitude of greenbacks with his craft.

As a matter of fact, Billy is one of the biggest concert draws in the world and has performed in front of tens of thousands of people.

Interestingly, in 1977 Billy Joel’s fifth studio album, The Stranger, sold over 10 million copies worldwide. It was certified 10X Platinum or a Diamond by RIAA.

However, because of bad management, he did not earn what he was supposed to.

In 1980, Joel earned $7.3 million from his album Glass Houses which sold approximately 7.1 million copies in the US alone.

Likewise, in 2011, Joel’s Greatest Hits Volume I & Volume II earned him quite a fortune as it sold over 23 million copies. It was certified 23X Platinum or two diamonds by RIAA.

In a typical year, Joel can earn up to $50 million a year.

Between 2017 and 2018, he earned a staggering $45 million through his various endeavors.

Piano Man easily earns around $2 to $3 million per show whenever he is subject to residencies, for instance, Madison Square Garden.

Moreover, to date, his concert tours have grossed over $454.9 million at the box office.

Billy Joel filed a lawsuit against his former manager Frank Weber in 1989, claiming $90 million in damages.

Nonetheless, soon after the legal issue, Weber filed for bankruptcy.

Joel still filed another lawsuit against Weber’s lawyers and accountants, but this time, luck was on his side, and he received $8 million in a settlement.

Net Worth of Billy Joel in Different Currencies

The self-proclaimed “realtor to the stars” Billy Joel has owned impressive properties across the United States and has traded them to a few entertainers.

Similarly, he also owned a $5.9 million New York townhouse, which he gave to his ex-wife in their divorce.

In 2014 Joel splashed about $12 million on two properties in Manalapan, Florida, that covered 4 acres.

One plot had a 9,000 square feet mansion, and one was undeveloped.

Joel ultimately listed the combined property for a staggering $29 million in 2015.

However, with not enough offers, he listed the mansion side of the property for $19.5 million.

He finally offloaded the mansion for $10.3 million in 2020. He still owns the other half of the property.

The legendary singer Billy Joel has a crazy car and motorcycle collection.

As a matter of fact, he owns a garage, 20th Century Cycles, where he houses over 100 cult bikes.

The most famous and expensive piece in his garage includes Ducati 900 Desmo Supersport, which is worth about $45,000.

Even though Joel was born in the Bronx, he grew up on Long Island.

He dropped out of high school to embark upon a music career.

He did not get a high school degree instead, 25 years later submitted an essay to Hicksville High School to make up his credits.

Joel was awarded a high school degree in 1992 at the school’s graduation ceremony.

Billy has been married four times. His first marriage to Elizabeth Weber brought quite a rough patch in his career regarding finances.

Nevertheless, to square things up, he began touring. But his second wife, American model Christie was not happy about this.

This caused a huge crash in their relationship and claims of infidelity.

The two shared a daughter named Alexa Ray Joel and were married from 1985 to 1994.

And after one more marriage to Chef Katie Lee, Joel married his current wife Alexis Roderick in 2015.

The couple has two daughters together, Remy Anne Joel and Della Rose Joel.

As a matter of fact, in 1970, hectic with the personal tragedies, he left a suicide note and attempted suicide by drinking furniture polish.

Nonetheless, he got all better after receiving depression treatment at Meadowbrook Hospital.

Billy Joel has supported numerous charities over the years.

“The Stranger” singer is no stranger to playing benefit concerts.

In 2002 for his services to humanity, Joel was made MusiCares Person of the Year.

Similarly, in 1978, Joel established Charity Begins At Home to support charities in the tri-state area with the goal of serving domestic violence, child abuse, cancer, autism, and other issues.

As mentioned before, Billy Joel has invested a few million in businesses and real estate holdings to multiply his wealth.

Similarly, in search of a second career, Joel merged his love for boating to start Long Island Boat Company in 1996.

He partnered with Long Island boating businessman Peter Needham to begin the venture.

In addition to that, Joel has a superb real estate portfolio. He has traded properties with some of the well-known entertainers in the business, including Jerry Seinfeld and Sting.

As for his endorsements, Joel played the organ in a TV commercial for Bachman’s Pretzels.

It was way before he hit the big time and the commercial featured Chubby Checker singing “The Twist.”

Likewise, he also appeared in print ads for XA Satellite Radio Service in 2002.

Billy Joel announced that he was publishing an autobiography in 2011.

The book titled The Book of Joel: A Memoir was supposed to be published in June 2011, but he decided against publishing the book in March 2011 and officially canceled his deal with publishing company HarperCollins.

Besides, Schruers published Joel’s biography in 2014 titled Billy Joel. The book is entirely based on personal interviews with the singer.

After quitting the band The Echoes in 1967, Joel joined another group, Hassles.

The group was signed to United Artists Records and released a few albums and singles but never actually achieved much traction.

Joel and Jon Small, the band’s drummer, left the group and formed their own duo Attila.

However, the partnership would not last long as Joel got romantically involved with Small’s wife, Elizabeth.

Following that, Joel went solo and signed a recording deal with record company Family Productions in 1971.

Did Billy Joel serve in Vietnam?

No, Billy Joel did not serve in Vietnam War.

As a matter of fact, he thought of fleeing to Canada after the draft lottery came out.

Though Joel is Jewish, he attended church while growing up. Along with being German American, he also has part Italian, Polish, and Irish ancestry.

Who has more hits, Elton John or Billy Joel?

Despite being British, Elton John has more hits in the United States. 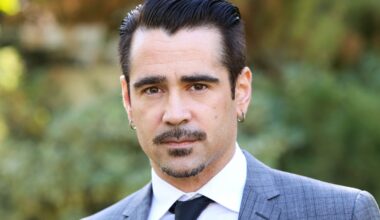 Read More
Hollywood’s very own bad boy, Colin Farrell’s net worth is a staggering $80 million as of . The…
NNet Worth
Professional National football Leagues player Larry Fitzgerald Jr who plays as a wide receiver, has a total net…