American actress and vegan advocate Alicia Silverstone’s net worth is a whopping $20 million.

The Golden Globes and Emmy nominated actress has more than 60 movies and TV shows credits to her name.

Considered a teenage heartthrob of the ’90s, the actress is an idol for many. The actress played the character of Cher in the cult classic movie “Clueless (1995), where she co-starred alongside Paul Rudd.

Silverstone was a Hollywood A-lister at the young age of 18. She was among the highest-paid actresses in Hollywood in the late 90s.

Moreover, the American actress is also a New York Times bestselling author and an entrepreneur.

On top of that, Silverstone is a vegan and animal rights advocate. She has been a vegan for more than 20 years. PETA even voted the actress as the “Sexiest Female Vegetarian (2004)”.

Let’s look at these quick facts about the vegan actress in brief.

90’s icon and teenage crush Alicia Silverstone’s net worth is reported to be around $20 million as of June 2022.

Silverstone was getting paid $5 million per picture at the time.

She is also considered a vegan entrepreneur with her brand “mykind Organics.”

The brand includes a range of vegan gummies and vitamin supplements. Similarly, Silverstone has also ventured into the beauty industry.

She collaborated with “Juice Beauty” back in 2013 in the same connection. As per the collaboration, the actress introduced her line of organic skincare and makeup products.

The collaboration generated $2 million in first-year sales. Correspondingly, she has continued her appearances on both small and big screens.

Let’s look at Alicia Silverstone’s net worth in different currencies.

On top of veganism, Silverstone also supports a sustainable lifestyle. The actress has been highlighted by the media for her eco-friendly house.

It’s a four-bedroom, two-bathroom residence. From installing energy-saving appliances to solar panel roofs, the actress has transformed her residence into tranquil heaven.

Alicia Silverstone lives a relatively low-key life. The actress has been vegan for more than two decades. Similarly, she is also known to be an advocate for animal rights.

In an interview with TODAY, the actress gave a sneak peek at her eco-friendly kitchen. Her kitchen is made up of untreated wood, and her pantry only includes organic products.

Instead of grocery stores, the actress loves shopping at the Farmer’s market for her kitchen essentials.

Unlike her iconic character, Cher, Silverstone goes more for sustainable brands in terms of fashion. Her favorite places to shop include Naghedinyc and Susi Studio.

In the above picture, Alicia Silverstone can be seen in a Christian Siriano one-shoulder black gown. The gown is from the designer’s Spring 2021 collection, which comes at a mighty $4,900 price tag.

One of the most popular actresses of the 90s, Alicia Silverstone’s net worth as of June 2022 is a staggering $20 million.

Alicia married her rockstar boyfriend, Christopher Jarecki, on June 11, 2005. The couple welcomed their son Bear Blue Jarecki on May 5, 2011.

In March 2012, Silverstone posted a video of her feeding her son food out of her mouth, for which she received media attention.

After 13 years of staying together, Alicia Silverstone and her husband parted ways in February 2018. The couple decided on co-parenting their son.

Regardless, Alicia was ordered to pay $12,000 per month in spousal support to her ex-husband.

Alicia Silverstone loves spending quality time with her son, Bear Blu Jarecki. The mother-son duo went on an adventurous vacation to Alaska back in 2021.

Silverstone also went on a Hawaiian beach getaway with her son in 2018.

Nonetheless, the actress also indulges herself in luxury stays as well. Just recently, she went on a lavish vacation to France with her close friend and designer, Christian Siriano.

The vacation included a rented chateau and personal catering.

Alicia Silverstone has been associated with many animal rights charities. The actress supports PETA’s “Save the Sheep” and “Cows are Cool” campaign.

Besides PETA, Silverstone has also been involved with Farm Sanctuary, Mercy for Animals, and Waterkeeper Alliance.

The vegan activist is also an endorser of the million-dollar vegan campaign. This campaign challenges big personalities to go vegan in exchange for $1 million in charitable donations.

In addition to being an actress and a mother, Silverstone is a New York Times best-selling author. She published best seller book in 2009 titled “The Kind Diet.”

The book contains a guide to veganism and weight loss tips.

Alicia published another book in 2014, entitled “The Kind Mama.” The book highlights her motherhood journey. Besides books, the vegan actress is also an active blogger.

Alicia got her first acting cameo role in the coming of age American series called “The Wonder Years,” where she was cast as “The Dream Girl.”

Silverstone debuted on the silver screen with a leading role in the psychological thriller movie “The Crush” (1992).

However, Alicia’s breakthrough role came in 1995 in the coming of age teen comedy movie “Clueless.” Alicia Silverstone became a teenage sensation after her role as Cher in the film.

Silverstone also starred as Batgirl in the Batman & Robin (1997) movie, which managed to gross a worldwide box-office collection of $238.31 million.

Further, the star got fame in the TV industry as well. Her role as “Kate Fox” in the television series “Miss Match (2004)” earned her first Golden Globe nomination for Best Actress.

Her most recent appearances include the Netflix series Babysitter’s Club Reboot. The actress also got a daytime Emmy nomination for the role.

As of June 2022, Alicia Silverstone’s net worth is a whopping $20 million.

As noted earlier, the vegan actress has mostly been associated with eco-friendly brands.

The actress was also appointed ambassador for a digital plant-based community called “PlantX Life” along with tennis player Venus Williams the same year.

Likewise, Silverstone was also part of PETA’S anti-wool campaign in 2017. As a matter of fact, the actress went full naked for the campaign.

American actress Alicia Silverstone’s started her career early in her life. She was just six years old when she starred in a Domino’s commercial.

As a result of her conventionally pretty features, Alicia got offers to model in many TV commercials at a young age.

Alicia also did music videos in her early days. She was cast in the role for rock legends Aerosmith’s “Cryin,” “Amazing,” and “Crazy.”

All of these music videos were hugely popular among the crowd, which earned her the nickname “The Aerosmith’s Chick.”

In addition to acting, the actress is also busy with her entrepreneurial ventures and book publications.

What is Alicia Silverstone doing now?

Silverstone is mostly active on Tiktok. Currently, she is filming for Netflix’s upcoming crime thriller, “Reptile.” The actress will be starring alongside Benicio del toro and Justin Timberlake.

What age was Alicia Silverstone in clueless?

The American actress was just 18 when the movie Clueless was released.

NNet Worth
One gorgeous American actress, filmmaker, and singer Brie Larson has a net worth of $20 million as of…
NNet Worth 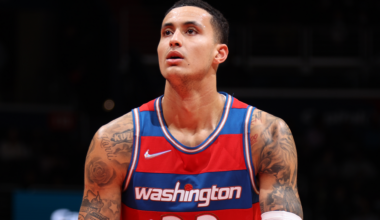