Gigi Hadid is a well-known supermodel in the world of modeling and fashion.

The American supermodel has a big influence in the world making her one of the most paid models till now.

Hadid did her first modeling gig as a child of just 2 years old in Guess’s clothing campaign.

She officially got recognized in the modeling world in 2013 and has swooped many modeling projects since then with her beauty and charm.

Though, it is true that she was born in wealth but she claims to have achieved success by herself.

Till now, Gigi has become the face of famous brands like “Guess“, “Maybelline” and walked numerous runways for designer brands like “Chanel“, “Prada“, “Fendi“, “Off White” and more.

She also became an angel for the well-anticipated “Victoria’s Secret Show” which has made Gigi Hadid’s net worth big.

Gigi Hadid: Net Worth and Income

Gigi has a net worth of $30 million due to her highly successful career in fashion and modeling.

Her modeling gigs for big designer brands make her earn millions each year.

Her walk for high fashion brands like Chanel, Fendi, Prada, Balmain, Off White, Gucci, and more adds a big amount to Gigi Hadid’s net worth.

Gigi earning the title of “Victoria’s Secret Angel” has also made her millions each year.

Other than that, being the face of big brands to name some like Tommy Hilfiger, Burberry, Guess, Maybelline also contributes to Gigi Hadid’s big net worth.

Her most earning year was 2018, where was already making $10 million from her work.

Gigi’s net worth is also benefited from her own makeup line with Maybelline and also clothing line with Tommy Hilfiger.

Hadid makes $9-10 million from her contract deals with brands like Versace, BMW to name a few.

Other than she has also made income from appearing on music videos, tv shows and acting as a photographer for Versace’s campaign and for V Magazine’s “Gigi’s Journal“.

Gigi Hadid owns an apartment worth $4 million in Manhattan, New York. The luxurious home consists of two-bedroom along with two baths.

It also has a beautiful kitchen along with her building including a fitness center, concierge, and storage.

Her apartment shows a unique colorful decor that caught the attention of her fans.

Her dressing room displays a cushion with a mustard-colored chair and mirror that reflects Hollywood style.

Hadid has a white linen panel with lamps on the bedside table on both sides.

A walk-in shower is also included in her bathroom along with a huge bathtub.

The color opted for by the model includes an orange-colored corner sofa with two-tone cushion covers.

Her home also includes a wooden coffee table decorated with candles and magazines.

Gigi’s $4 million worth apartment also includes a private terrace for her.

Her kitchen displays white cabinets with a large island area unit in the middle.

Hadid’s love for a pop of color in her home is included with added color on the staircase along with a carpet runner and wooden stairs.

Along with the arrival of her newborn daughter, Gigi’s apartment has a nursery with colorful rugs and walls with terracotta and toys on the shelves.

The millionaire supermodel owns an impressive collection of bougie cars.

Gigi has an exotic taste in cars as she owns a collection of luxurious brands.

Hadid owns a beautiful expensive Ferrari in her collection.

Other than that, she has a Cadillac Escalade and a BMW M2.

To add to her love of cars, Gigi also owns a Range Rover and Audi q7.

Gigi is often seen cruising around along with her famous celebrity friends in her impressive car collection.

Being among one of the highest-paid supermodels comes with an expensive lifestyle for Gigi.

Like any other model, Gigi also spends a big amount of her net worth on clothes and shoes.

Reportedly, she wore $995 worth of Louboutin shoes and a Versace dress that costs her about five digits for her 23rd birthday.

She frequently spends a huge amount on her looks for casual to bling-worthy events.

The model maintains her skincare and cosmetics by spending enormous amounts like her bath and body products that cost her from $40 – $53.

As for maintaining her physique, she trains at a Gotham G-Box gym which costs $1200 per year and $125 per session while doing her individual training.

Gigi uses services from a big hairstylist that costs her $200 to style them.

She spends about $67,200 per year just on her hair styling and care.

She spends her net worth on horses as well where $2500-$3600 from Gigi Hadid’s net worth is spent for looking after and buying stables for horses.

Gigi Hadid frequently vacations in a luxurious manner with her family and her boyfriend Zayn.

She was spotted vacationing at Mykonos. Gigi was along with her fellow model sister Bella Hadid to celebrate their older half-sister’s birthday.

The model duo sisters were seen vacationing by the infinity pool in their Greek villa in Greece.

They sailed to get to an island that had a beautiful view.

Gigi along with her sister was seen swimming by the turquoise pool and the sea as well.

The supermodel sisters were seen having the time of their lives as they posted multiple pictures of their vacation on Instagram.

In 2020, Gigi auctioned her clothes in support of British Vogue’s charity auction that donated to NHS Charities and the National Association for Advancement of Colored People.

Hadid also works with UNICEF to improve children’s lives around the world.  She and the organization collaborated with a motive to provide humanitarian help to mothers and children in the world.

She took part with the UNICEF where she was seen supporting WASH programs.

Hadid also helped to raise funds for a US hunger-relief organization called Feeding America in response to the ongoing pandemic.

Recently, she also donated her daughter’s outgrown baby clothes and items to those in need.

Hadid has acted in a short movie in 2012, called “Virgin Eyes“. She showcased her acting skills in it by playing the role of “Andrea”.

Gigi used to appear on the TV show “The Real Housewives of Beverly Hills” in which her mother Yolanda was part of the show.

Other than these, she has appeared in the music video for “How Deep Is Your Love“. The song was a massive hit on the charts.

She was also in the music video for her boyfriend Zayn Malik’s song “Pillow Talk” which was a big success in the USA and UK.

Hadid has been secretly investing her money in New York real estate.

The model solo spent $5.82 million to invest in a NoHo building in NYC.

Gigi Hadid’s net worth is contributed also by her investment collaborations.

She has a partnership with Tommy Hilfiger, where she codesigns for their collection “TommyXGigi”.

Hadid also pays the role of global ambassador for it. This partnership between them has raised the sales of the brand.

Gigi also has a jewelry line called Messika by Gigi Hadid. Hadid created a mood board for the Diamond jewelry line that contributes to her net worth.

The 27 year old supermodel has a line of endorsement deals in her pocket.

To name a few, she has the endorsement deal with brands like Balmain, Dolce, and Gabbana, BMW, Marc Jacobs, and Calvin Klein.

Hadid also did an endorsement with McDonald’s where she posted a picture that made her earn a big income.

Gigi also gets a big paycheck from her contract deals with Vogue Eyewear, her own line with Maybelline for palettes, and lipsticks.

The model also did a big endorsement recently for Versace and Prada’s campaign.

These endorsement has made Gigi Hadid’s net worth enormous keeping her among the list of the highest-paid model.

Currently, she hasn’t published any books till now.

From starting her modeling gig just as a 2-year-old to becoming the world’s biggest supermodel, Gigi Hadid has done it all.

She again worked for “Guess” in 2011 and soon after in 2021 she became the face for Guess’s campaign.

Gigi officially started modeling in 2013 when she was signed by IMG Models. Soon later, she debuted in New York Fashion Week in 2014.

She started getting booked for high fashion shoots like for the magazine cover for CR Fashion Book months after her debut,

By late 2014, she appeared for Tom Ford’s multiple campaigns.

In 2015, she was already named “Model of the Year“. This year she signed deals with brands like Maybelline and was a known name for the runway.

She had started walking for Chanel, Marc Jacobs, Fendi, and more.

In late 2015, she was also selected to walk for the well-known “Victoria’s Secret Fashion Show”.

Gigi won International “Model of the year” in 2016 at the British Fashion Awards.

She has also been named “Woman of the Year” by Glamour Magazine in 2017.

Hadid has been on the cover multiple times in magazines Vogue, V magazine, Allure, and more.

She has worked with every high fashion brand like Fendi, Max Mara, Gucci, Versace and so much more.

What disease does Gigi Hadid suffer from?

She has a disease called Hashimoto’s disease, which is an autoimmune condition in which the body attacks the thyroid gland. Her weight also fluctuates due to it.

How long have been Gigi Hadid dating Zayn Malik?

Gigi has been dating Zayn since 2016. They broke up in between but are back again.

What name did Gigi Hadid give to her newborn daughter?

She named her “Khai” which means “The Chosen One, Royalty and Nobility”

NNet Worth
The former American professional NFL player, coach, and sports broadcaster John Madden has an astounding net worth of…
NNet Worth 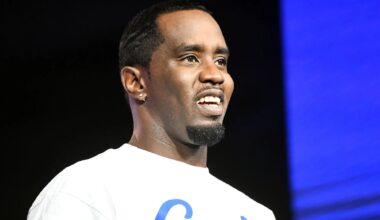