An American actress and singer Zendaya Stoermer Coleman, aka Zendaya, has a net worth of an astounding $15 million.

Zendaya gained prominence in 2010 with the Disney Channel comedy “Shake It Up”. Her role as Rocky Blue in the sitcom propelled her to stardom.

If you don’t know her as Rocky Blue, then you probably know her as Rue Bennett, aka Rue from the HBO drama series “Euphoria”.

Rue has proved to be the most significant role for Zendaya as it has garnered her Primetime Emmy Award for Outstanding Lead Actress in a Drama Series.

Aside from acting, Zendaya has garnered considerable success as a singer.

The actress signed a recording deal with Hollywood Records in 2012 and released her debut single, ‘Replay’. The track reached the top 40 on US Billboard Hot 100 chart.

Let’s look at the quick facts about the Disney star Zendaya in brief.

An American actress, singer, producer, and dancer, Zendaya’s net worth is a whopping $15 million as of June 2022.

She has successfully transitioned from a Disney child actor to an actual movie star and an entrepreneur.

As Drake would say, “Started From The Bottom Now, We’re Here…..”

Zendaya started from TV commercials and now stars in MCU, which is the biggest thing in the current entertainment industry.

For all of her outwardly boundless talents and skills, she credits going with her gut as the secret to her success.

As mentioned before, she starred in Disney Channel’s Shake It Up in 2010.

Nonetheless, her salary from the gig is not publicly known, but some source suggests she bagged $140,000 for her three seasons on the show.

The figure seems dramatically low, but let’s not forget that it was more than a decade ago, and she was just 14 at the time.

The actress got her first big paycheck from the Disney film Frenemies for which she was paid $284,000 for her role.

Similarly, Zendaya has been a part of MCU for three Spiderman films, and lucky for her the movies have done exceptionally well at the box office.

She has made quite a fortune playing the beloved role of MJ in the Spider-Man franchise.

Reportedly, in February 2022, the most recent Spiderman film up to that point, i.e., 2021’s Spider-Man: No Way Home, paid Zendaya a massive $10 million just in bonuses.

That means she also made some upfront amount.

Likewise, Zendaya currently appears on the HBO drama series Euphoria. Her salary from the series is not publicly known, but her co-star Sydney Sweeney reportedly made $325,000 for 13 episodes.

Since she is not only the main character but also serves as an executive producer of the series, she likely makes at least twice the amount.

Furthermore, she also appeared in the TV show “K.C Undercover” for which she was paid $400,000 per season.

Aside from acting, Zendaya makes a pretty decent amount from her singing gig.

She is a multiple platinum-certified artist with one studio album, ten singles, 1 EP, and three promotional singles.

Zendaya Coleman is one of the most followed celebrities on social media.

She has over 129 million followers on her Instagram handle, which means she makes at least half a million dollars from her brand-sponsored posts.

Similarly, her YouTube channel has 3.76 million subscribers with over 500 million total views. YouTube alone earns the star half a million dollars each year.

Likewise, the Euphoria actress is one of the hottest faces in the current movie scene, and tons of brands have approached the actress to promote their products.

She earns pretty well from her endorsement stints.

The stream of money for the actress is endless as she has also invested her fortune in different businesses.

Zendaya’s Net Worth in Different Currencies

Let’s look at Zendaya’s net worth in different currencies.

With the huge net worth, Zendaya has invested some of it into real estate holdings.

She purchased a home in Northridge, California, in 2017 for $1.4 million. And reportedly, she still owns this property.

Similarly, she splashed over $4 million for a 5,000 square feet home in Encino, California, in March 2020. The house sits on 4 acres of land.

Aside from these two, Coleman also owns an apartment penthouse in Brooklyn, New York. We all know how much these actors have to travel for their work.

Either way, she has her secure investment and a decent place to stay when traveling. Savvy!

Zendaya has a decent collecting of automobiles, you know, in case she needs them all!

Let’s put the jokes aside and jump on her collection of wheels.

Aside from these, Daya also has the celebrity favorite Range Rover Vogue, which cost the actress $92,000.

With her ever-toned body, perfect curves, and impeccable glowing skin, Zendaya has often left her followers haunting over the internet for some of her beauty advice.

She also gets asked about her daily routine, workout regime, and diet plans that she follows to ensure her perfect body.

So what’s the secret?

I don’t want to disappoint you, but she is a natural beauty and does not have any secret regime.

The actress wakes up around 8 in the morning. She is definitely not an early bird and enjoys her sleep just like you and me.

However, there are some things that Coleman does that further enhance her beautiful look.

She focuses on her beauty routine and pays little attention to her diet. That is all.

Expensive, tiresome gyms and strict workout plans are not her things.

The MCU actress is not much of a breakfast person. In fact, sometimes her assistant has to remind her to eat at all.

She loves Nutella; regardless of what she is eating, it has to have a Nutella in it.

For BKFST, she prefers pancakes, berries, and of course, Nutella.

She does not do coffee, energy drinks, or water and instead takes a lot of juice.

Moreover, the Euphoria actress is a vegetarian and always has been. However, she still takes animal products and dairy.

The 25 years old actress wears sweatpants most of the time at her home. Similarly, she uses eyelashes, and Fibers Mascara is her go-to.

It’s open and out that Zendaya is currently dating her Spiderman co-star Tom Holland.

Back in July 2021, the couple went on a super sweet vacation to Santa Barbara for the Fourth of July.

Similarly, in 2019 the gorgeous lady went to Greece for her birthday and was accompanied by her friends and family.

Coleman takes time out of her extremely busy schedule and goes for recreation every now and then.

Euphoria actress Zendaya has lent her support to various causes and charities.

She was appointed a brand ambassador for the nonprofit Convoy of Hope in 2012. She also encouraged her followers to support Hurricane Sandy’s response efforts.

Similarly, Zendaya recorded John Legend’s hit song ‘All of Me’ in 2014, with a portion of proceeds going to the organization.

The list of her good deeds goes on and on.

For her 18th birthday, she campaigned to help feed more than 150 children in Tanzania, the Philippines, and Haiti through feedONE.

Likewise, for her 20th birthday, she campaigned to raise more than $50,000 to provision Convoy’s Women’s Empowerment Initiative.

Zendaya has been a part of the entertainment industry for over a decade and has laid her hands in every other way possible.

Be it acting, modeling, or singing, she has shed her magic on all of it. It’s like been there done that for her.

She started as a child actor on the Disney Channels sitcom series Shake It Up.

The role catapulted her to a starship, and she has never looked back ever since.

Some of her famous TV series include Black-ish, The OA, Euphoria, and K.C Undercover.

Similarly, she is a part of whole another universe as of now. Some of her famous films are Spider-Man: Homecoming, The Greatest Showman, Spider-Man Far From Home, and Malcolm Marie.

As of this writing, the famed actress has helped gross over $1.95 billion in the global box office.

Furthermore, some of her upcoming projects include Dune: Part Two, Challengers, and Megalopolis (rumored), all of which are under pre-production.

Spider-Man actress Zendaya has solidified herself as a beauty and style icon, because of which she has been able to land a ton of endorsement deals.

As one might expect, most of her deals concern beauty companies.

In 2016 Coleman signed a deal with CoverGirl and was featured in Dolce & Gabbana 2017 Spring-Summer campaign ads.

Similarly, Lancom appointed her as a global ambassador in 2019 and Bvlgari in 2020.

Likewise, her name has also been associated with Chi Hair Care.

Moreover, the actress starred in the commercials for Beats By Dre Color.

Zendaya is overly concerned about her finances. In fact, she sought therapy because of it.

She has invested in several real estates across America. Similarly, she owned a fashion and lifestyle brand named Daya by Zendaya but left the company after a backlash from fans.

Not many know this, but Zendaya has published a book. Her book Between U and Me: How to Rock Your Tween Years with Style and Confidence was released in 2013.

In the book, she shares her wit and wisdom from friendships to fashion to following the dreams!

Zendaya is the youngest of six siblings. She was born on September 1, 1996, in California.

Her mother was a teacher at Fruitvale Elementary School, and Zendaya attended the same school.

Coleman began her career early. When she was six, she appeared in a play for Black History Month.

She later enrolled at the American Conservatory Theater.

Her family moved to LA when she was in her seventh grade, and in 2015 she graduated from Oak Park High School.

No, they are just very good friends who act together.

Does Zendaya still live with her parents?

According to Vogue 73 Questions video, Zendaya has moved out of her parent’s house.

15 Greatest Female Boxers of All Time

NNet Worth
An American comedian, actor, director, writer, and television producer, Larry David’s net worth is a staggering $400 million…
NNet Worth 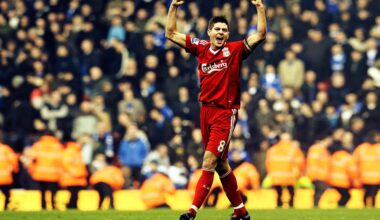