The American football quarterback who plays for Seattle Seahawks in NFL Russell Wilson’s net worth is a whopping $135 million.

Wilson started his college football and baseball at NC State University before moving to Wisconsin in 2011.

Meanwhile, Russell is guaranteed quarterback starter for the Seattle Seahawks, who has appeared in two Super Bowls (winning one).

Likewise, he holds multiple records in the NFL as the best quarterback with the highest win percentage and a career passing rating over 100.

Russell Wilson | Net Worth and Income

The eight-time Pro Bowl who plays as a quarterback for Seattle Seahawks Russell Wilson’s net worth is a whopping $135 million.

Meanwhile, Wilson has amassed most of his fortune from NFL salaries. Aside from that, he has earned from his mega endorsements deals.

Initially, in 2012, he signed a four-year contract with Seattle Seahawks worth $2.99 million. Besides, he made around $222,000 through NFL’s Performance pay-based program.

Furthermore, Russell improved his performance and went on to sign two new lucrative contracts with Seattle.

Likewise, Wilson signed his second contract extension in 2019, worth around $140 million for four years. And this contract made Russell the highest-paid player in NFL history at the time.

The base salary of $35 million made Wilson the best-paid quarterback in per season earnings.

As per Sportac, Russell has earned a salary of $181 million in his 1o years career in the NFL.

Moreover, he got listed as the world’s 14th by Forbes in their Top 100 earning celebrity in 2019. Well, that is something every player dreams of.

In addition, Wilson has made huge money from endorsement deals. Reportedly, he has earned over $9 million from his endorsements alone.

Meanwhile, NFL superstar Wilson’s earning and income list does not end here, as he makes a fair chunk of money from his clothing brand and other companies.

Net Worth of Russell Wilson in Different Currencies

Let’s quickly look at Russell Wilson’s net worth in currencies like the euro, pound, cryptocurrency, AUD, Canadian, and BitCoin.

The NFL great has splashed huge money on his awesome classic and expensive cars collection. He has a tempting array of cars, from the latest tech-friendly Tesla to Mercedes.

To start with, he owns a super expensive Mercedes Benz G Wagon, which costs around $130,900.

With such a massive net worth, it’s no surprise that the champion loves wearing the Rolex, which is synonymous with the champions.

Meanwhile, he has variety of Rolex wristwatches. To start with, Russell wears the modern Yellow Rolesor Submariner with a blue dial that costs around $14,390.

Likewise, he has Rolex Cosmograph Daytona White Dial, which costs around $26,900.

Furthermore, the list of wristwatches features Rolex Datejust and Gold Rolex Day-Date, which cost around $14,900.

Wilson is media-friendly and often gets attention from the media and the fans. To grab the popularity of an NFL star, several magazines featured him in their cover photo.

In addition, Wilson has featured in a TV show named Entourage.

One of the richest NFL players, Russell Wilson’s net worth is a massive $135 million.

Russell is just 32 and still an active player in NFL, but he has invested in various sectors, which shows how smart Wilson is when it comes to business.

To start with, Wilson has invested in Portland Diamond Project, which aims to bring the MLB team to Oregan.

Likewise, in 2016, he co-founded the clothing brand Good Man Brand. Further, he partnered with Juice Press to open the Franchise in Seattle.

In addition, in 2016, he established an investment group with Chris Hansen, Wally Walker, and Erik to introduce a new sports arena to Seattle’s SoDo neighborhood.

Furthermore, in 2017, he co-founded a fan network platform to connect fans with celebrities named TraceMe. In this $9 million project, he got financial support from Jeff Bezos, Joe Tsai, and Chad Hurley.

Likewise, he invested a minor stake in a $7 million Helmet manufacturer company VICIS.

In 2018, Russell and his wife Ciara (Singer) invested in Molecule, a mattress company.

Over a 10-year NFL career, Russell has made an immense fanbase across the globe. With such high popularity, Wilson can pull out many well-known brands.

To start with, he has inked a lucrative deal with Amazon, American Family Insurance, Alaska Air Group, Braun, Bose, and Duracell.

In addition, the list of endorsements goes on further, including companies such as Larson Automotive Group, Levi’s, Mercedes Benz, Microsoft, Nike, and United Way.

Ths star quarterback is a big name among NFL fans, and it would be nice to know more about him through his books.

Clayton Geoffreys published a book on Russel titled Russell Wilson: The Inspiring Story of One of Football’s Greatest Quarterbacks in 2015.

The book highlights everything about the player, including his early career and success in football.

One of the most renowned quarterbacks in the NFL, Russell Wilson’s net worth is an astonishing $135 million.

The NFL star lives quite a life with his fortune.

Given his height of 5’11,” everyone thought he would not make it to the NFL, let alone as NFL’s best quarterback.

However, Russell has proved everyone wrong by getting eight-time Pro Bowl selection in his 10-year stint in the NFL.

Moreover, besides his onfield audacity, Russell is very smart and proactive in setting a fashion trend among his teammates and fans.

Further, he likes to party hard and splashes huge amounts of money to surprise his loved ones.

Once, he booked a private jet for his wife, Ciara, to celebrate her birthday. Further, he took his wife to a private yacht that was fully adorned with flowers.

Russell loves spending quality time going on holidays whenever he gets time off NFL.

In 2021, Wilson flew to Venice, Italy, with his beloved wife for a vacation. Here, the couple enjoyed meeting people and cherished the beauty of the Almfi coast.

Likewise, in July 2021, Wilson and his wife, Ciara, were spotted in Cabo San Lucas, Mexico. Here, the couple celebrated their son’s first birthday with a baseball-themed party.

Interestingly, the couple’s vacation to Mexico was quite expensive, as they spent around $100,000.

Wilson visits the local Seattle Children Hospital whenever he gets time off from his NFL games.

Likewise, he hosts a youth football camp through his Russell Wilson Passing Academy in various cities.

Furthermore, in 2013 and 2014, he donated $3,000 to Wilson’s charitable foundation for every touchdown he scored in the match.

In 2016, Russell’s Why Not You Foundation offered a cheque of more than $1 million to Seattle Children Hospital for its cancer initiative.

Wilson also stepped forward during the Corona pandemic as he helped provide one million meals to the needy ones.

Wilson has made a good name and has earned multiple accolades since joining Seattle Seahawks in the NFL.

First, Russell got selected by Seattle Seahawks in the third round (75th overall) of the 2012 NFL draft.

Wilson has recorded a beast of performance ever since he started playing for the Seahawks.

Likewise, Wilson holds the record of most wins as a quarterback through seven seasons.

Is Russell Wilson a Hall of Famer?

No, Seattle Seahawks quarterback Russell is not a Hall of Famer. Meanwhile, he has achieved so much in his 9 season career in the NFL, so Russell is highly likely to be nominated as HOF.

Yes, the eight-time Pro Bowl Wilson is happily married to Ciara. However, his first marriage did not last long with Ashton Meem, which ended after two years.

Is Russell Wilson retired from NFL?

Russell Wilson is just 32 years old and doing wonders as a quarterback in the field. So, he still has so much to offer in football.

NNet Worth
Hollywood film director, writer, and actor, Arliss Howard is believed to have a net worth of $ 16…
NNet Worth 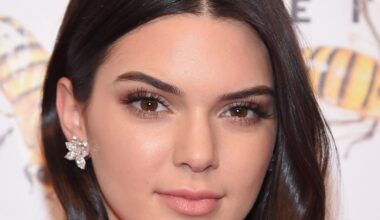