A Canadian businessman, TV personality, and investor, Robert Herjavec, has an estimated net worth of a staggering $200 million as of 2023.

Originally from Croatia, Robert Herjavec is a Canadian businessman, TV personality, and investor.

Herjavec established BRAK Systems, a Canadian Internet security software integrator, which he later sold to AT&T Canada for $30.2 million in 2000.

He started The Herjavec Group in 2003, which has grown to become one of Canada’s leading information technology and computer security companies.

At the age of eight, Herjavec migrated to Canada with his poor parents. He began working while still a child, learning about job difficulties and making ends meet in Canadian culture.

Herjavec graduated with a degree in English literature and political science from New College at the University of Toronto.

He took on various minimum wage jobs to support the family financially, such as waiting tables, delivering newspapers, and retail sales.

Robert received the Ernst & Young Entrepreneur of the Year Award in Technology in Ontario in 2012.

Furthermore, in the same year, Herjavec received the Diamond Jubilee Medal from Queen Elizabeth II for Outstanding Service to Canada.

So, let’s get to know Robert Herjavec a little better, starting with some basic facts about him.

Robert Herjavec: Net Worth and Income

A Canadian businessman, TV personality, and investor, Robert Herjavec, has an estimated net worth of a staggering $200 million as of 2023.

Robert Herjavec has also ventured some of his money into internet security, which grants an additional boost to his net worth.

He is an investor, and he invests in real estate and properties, turning the deals into a whooping sum of profit.

Net Worth of Robert Herjavec in Different Currencies

Let’s look into the net worth of Robert Herjavec in different currencies, including the cryptocurrency BitCoin.

Herjavec has a house in the Bridle Path neighborhood of Toronto.

The house, which was featured on MTV Cribs and Joan Rivers’ TV show “How’d You Get So Rich?” as well as the Rolling Stones’ tour video, cost Herjavec $7.5 million.

Canadian investor Robert Herjavec bit off a lovely West Coast property deal by selling his mansion near the Santa Monica Mountains for $17 million.

Herjavec bought the property in 2019 for $14.6 million and listed it for $17.3 million in December.
The near-full asking price reflects LA’s soaring residential and luxury markets, which have continued to break sales records.

Robert Herjavec has a jaw-dropping collection of automobiles. He drives a 2014 Land Rover Range Rover as his daily car.

So, Let’s look into how much Herjavec’s cars are worth.

Robert is a hardcore Rolex fan, and he often purchases a watch to symbolize a special occasion.

When Robert sold the software and earned a grand $30 million, he bought the same watch he admired that his boss used to wear.

Herjavec now has about 10 Rolexes and some other pieces that include a few Blancpain. The watch he wears every day is a Rolex Daytona in white gold with a blue dial.

Robert Herjavec is married to Kym Johnson, an Australian professional ballroom dancer who appeared on that country’s version of “Dancing with the Stars.”

He spends most of his time running his company, appearing on business TV shows, and spending time with his family.

His life may be described as a typical “rags to riches” tale, and he has become one of the most well-known business leaders not just in his country but across the world.

Herjavec believes that exercise is the best form of anything. Therefore, he likes to start the day and any business conference with an active workout session.

Robert Herjavec is a keen enthusiast for car racing, running, and golf.
To conclude, Shark Tank’s Robert Herjavec lives a lavish lifestyle with his hard-earned money.

When it comes to traveling, Robert Herjavec often means business.

He has to travel often for business purposes and projects. But not to mistake for he doesn’t take vacations.

He states that Wi-Fi, coffee, and noise-canceling headphones are his essentials during any travel.

Once Robert Herjavec was jet skiing on Lake Joseph in Ontario, Canada.

There he saw a boat drifting with a couple and three kids waving their arms to him. After realizing they were out of gas, he immediately rushed to their rescue.

Robert Herjavec is also a philanthropist as he knows the struggle and hardship one has to face with a lower income.

Herjavec believes giving back to the community and contributing to the welfare of humanity is what he should do to make a lasting positive difference.

In addition, the Group efforts to give one full day of a year outside vacation time to volunteer to local communities.

In addition to the parties he organized for the Princess Margaret Hospital Foundation, he gave $50,000 to $100,000 to the Hamilton Health Sciences Group in 2012.

Herjavec spent some time volunteering in the soup kitchen and donated 100,000 pairs of socks to the homeless.

If you haven’t yet gotten a glimpse of him, then “Shark Tank” and “Dragons’ Den” TV series should ring a bell.

From seasons 1 through 6, Herjavec was a regular on the Canadian CBC Television series Dragons’ Den.

In the United States, on ABC’s version, Shark Tank, young entrepreneurs pitch their ideas to a panel of possible investors.

Herjavec was announced as one of the candidates for season 20 of Dancing with the Stars in the US on February 24, 2015. Kym Johnson, an Australian dancer, was his partner.

However, during a double-elimination on May 5, 2015, Herjavec and Johnson were eliminated and finished in 6th place.

Robert Herjavec is an investor, and it’s common for him to invest in multiple areas.

He’s one of the sharks from the show “Shark Tank,” where he chooses whether to invest or not for companies.

Herjavec’s most profitable investment from the show is a $100,000 stake in sweater manufacturer Tipsy Elves. Herjavec has also invested in Aura Bora, a herbal sparkling water firm.

Furthermore, he has also invested in his car collection and real estate.

Robert Herjavec is a great entrepreneur and a TV personality, but did you know he is an author too?

Herjavec has written three novels. His first two writing creations were “Driven: How to Succeed in Business and Life (2010)” and “The Will to Win: Leading, Competing, and Succeeding (2013).”

Driven is structured on the work and life ideas that made Herjavec wealthy and successful, whereas The Will to Win teaches readers life skills that promise to lead to greater happiness and success.

On March 29, 2016, his third book titled “You Don’t Have to Be a Shark: Creating Your Own Success” was released.

The first career Herjavec had was in the film, where he worked behind the camera in a variety of production roles.

He was an assistant director on various films, including ‘The Return of Billy Jack,’ which was shot in 1985-86.

Herjavec later learned about a job vacancy at ‘Logquest,’ a computer business that used to sell IBM mainframe emulation boards.

Unfortunately, Herjavec was underqualified for the post but was able to obtain it by offering to contribute for free for the first six months.

Moreover, Herjavec quit the firm in 1990 to create his own, which he established under the name ‘BRAK Systems.’

Robert Herjavec posted on Twitter that he believes he speaks fluent Croatian, but his mom would say that is not good enough.

Does Herjavec have twin kids?

The couple Robert and Kim had twins in 2018, after 2 years of their marriage. They were expecting twins beforehand.

Yes, Robert is living a blissful life with Kym. The couple is blessed with a boy and a girl twin along with two daughters and a son from the previous wife.

30 Richest Actresses in the World 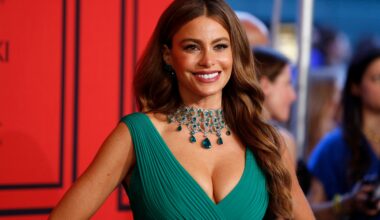 Read More
A Colombian-born actress, model, and spokeswoman Sofia Vergara’s net worth is a staggering $180 million. Vergara is perhaps…
NNet Worth 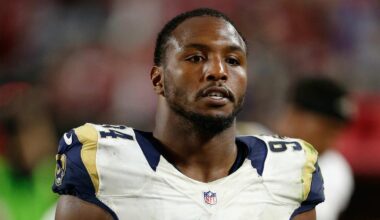