An American movie star best known for his role as Iron Man “Tony Stark” in the Marvel Cinematic Universe movie franchise Robert Downey Jr. has an enormous net worth of $300 million.

One of the highest-paid stars in Hollywood, Robert was named among 100 Most Influential People in the World in 2008 by Time.

He is perhaps one of the actors with the most dramatic career.

Despite being involved in several legal troubles and substance abuse, at a point, he is one of the most recognized faces on Earth.

His father was a drug addict, which pretty much influenced him to do drugs at an early age. In fact, his father allowed Robert to use marijuana at the tender age of six.

Before we jump deep, let’s check out the facts of Iron Man:

One of the most-paid actors in the world Robert Downey Jr. “Tony Stark,” “Iron Man,” has an astounding net worth of $300 million.

His fortune basically comprises of income from his acting in movies, endorsements, and business ventures.

From 2013 to 2015, Forbes mentioned him as Hollywood’s Highest-Paid Actor.

Reportedly, Robert made roughly $50 million from June 2016 and June 2017, which made him one of the highest-paid actors in the globe.

Starting from just half a million dollars in Marvel Cinematic Universe, RDJ has established himself as one of the highest-paid superheroes ever.

As mentioned before, Robert earned just a half-million dollars from the 2008 action-adventure film Iron Man. However, that was just the beginning for the actor.

Nonetheless, a mere $10 million was not even close to what the star would earn in the franchise.

For the third series of the Ironman, RDJ made a whopping $75 million.

The Avengers released in 2012 not only came with a base salary, but the star was able to negotiate the backend bonus.

Even though he pocketed $10 million as a base salary, his backend bonus upped his earnings by more than $40 million, making the total earning of roughly $50 million.

Moreover, RDJ earned about $40 million for the 2015 film Avengers: Age of Ultron, and another $40 million came from the 2016 Captain America: Civil War.

According to the sources, Mr. Stark was paid $15 million for the three days of work on Spider-Man: Homecoming.

To put that in perspective, he earned $1 million per minute for 15 minutes of total screen time.

So taking all the earnings from the MCU into account, the movie star Robert Downy Jr. has bagged a staggering $345.5 million in total.

Apart from the movie earnings, Mr. Robert also makes money from his lucrative endorsement deals. He has been inked with some of the top-notch companies which pay him millions for his little effort.

Besides that, he also founded his own entertainment company that produces film and TV series.

Let’s have a look into Robert Downey Jr.’s net worth in some of the major currencies.

We can tell that Mr. Downey is pretty much like Tony Stark in a real-life as well.

Downey, alongside his wife Susan, purchased a beautiful Malibu house for $13.443 million back in 2009.

However, he listed the 3,500 square feet four-bedroom, four-bathroom ranch-style home for $15 million.

Similarly, he also has another ultra-luxurious mansion in Malibu, which he purchased for $3.5 million.

This 1.3-acre property has every amenity Robert would ever need.

Moreover, he also owns a gorgeous windmill house in East Hampton, New York. He paid over $10.5 million for the Edward DeRose Windmill Cottage back in the spring of 2017.

Back in 2009, Robert had invested $13.4 million for three connecting lots of over 7 acres in Malibu, California.

He, along with his wife, built their dream eco-friendly home, which took seven years to complete.

The actual figure of the property has not been revealed, but it’s been speculated that the house is worth well over $30 million.

Similarly, he also owns another super iconic car from Audi, the Audi E-Tron GT Concept, worth $75,000.

His 2012 Acura supercar is one of the most interesting cars in his garage. It is undoubtedly one of a kind and is thought to be valued at roughly $10 million.

Robert Downey Jr. is also famous for his dressing and his iconic watches.

He has been spotted in numerous watches from luxury brands.

It should be no surprise that with Robert Downey Jr.’s net worth of $300 million, the movie star lives a life of luxury along with his family.

He’s been married to Susan Downey and has two beautiful kids. He also has a son from his previous marriage.

Robert works hard to earn his riches but also spends like there is no tomorrow, and it makes sense when you have a continuous stream of money flowing at you.

When it comes to spending on apparel, he does not think twice and always goes for the best.

Most interestingly of all, he owns a life-sized remote control Iron Man Suit worth $300,000.

Moreover, as mentioned before, he has had his share of downs in the past.

Robert was arrested several times on drug charges from 1996 to 2001. He was even found in possession of heroin, marijuana, and cocaine multiple times.

Similarly, he entered different rehab programs, but each time he did, he relapsed.

Robert is also known for his philanthropic acts, even though his deeds are covered in curtains.

He is extremely charitable but not as vocal as he should be.

He supports organizations such as Clothes Off Your Back and Orca Network, among others.

Similarly, he participated in Make a Wish Foundation’s surprise visit to Singapore, which proved out to be an extremely successful fundraiser.

RDJ is probably the most famous movie star in the world, given his roles in the smash hitbox office movies.

His popularity has taken him to the point where every top-notch brand wants a piece of him.

He has a savvy endorsement deal with the Chinese phone company, OnePlus. The actual figure has not been revealed by either party, but given the stature of RDJ, it is safe to say that the deal is worth tens of millions of dollars.

Apart from OnePlus, he is also inked with another technology company HTC. The deal with HTC brought star roughly $12 million.

The company has already produced hit movies such as 2020 The Age of A.I, 2014 Playing It Forward, The judge, and Dolittle.

Founded in 2000, it currently has over 25 employees with $5 million a year in revenue.

RDJ has co-authored a book entitled The Best You July/August 2016. The book was published in July 2016 and gives an in-depth understanding of his work both on and off camera.

RDJ worked in theater before actually making his move to the film industry. He was also cast in SNL in the mid-1980s, which got terrible ratings, and all the new cast members hired in 1985 were fired.

Similarly, in 1987 he appeared in Less than Zero as Julian Wells, a drug addict rich kid.

Moreover, he also appeared as Charlie Chaplin in the 1992 film Chaplin which nominated him for Best Actor in the Academy Awards.

Ultimately in 2008, he was cast as the legendary Iron Man “Tony Stark” in the MCU Iron Man I.

No, Robert Downey Jr. has not won an Oscar but has been nominated two times.

Since the Iron Man has sacrificed himself to save the universe in Avengers: Endgame, he won’t be returning to the franchise anytime soon.

30 Richest Celebrity Couples of All Time 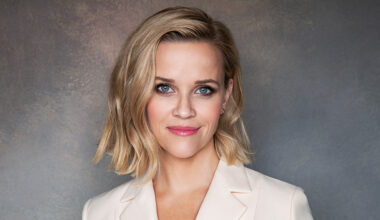