Home Ringo Starr Net Worth: The Beatles & Career
NNet Worth

Sir Richard Starkey, popularly known by his stage name Ringo Starr, has a net worth of a whopping $350 million.

Mr. Starr is best known as the drummer of the English rock and roll band The Beatles.

Aside from being a drummer, Ringo is also a singer, songwriter, and actor. In fact, he sometimes sang lead vocals with the band, usually for one song on each album.

Moreover, Rolling Stone readers ranked him the fifth-greatest drummer of all time in 2011.

Similarly, he is one of the few musicians who have been inducted into the Rock and Roll Hall of Fame twice.

In 2015, Ringo Starr was an inductee of the Rock and Roll Hall of Fame as a solo artist and in 1988 as a member of the Beatles.

Furthermore, for his services to music, Ringo was appointed a Knight Bachelor in the 2018 New Year Honors by the Duke of Cambridge.

Ringo Starr Net Worth and Income

British musician, singer, and songwriter Ringo Starr has a gigantic net worth of $350 million as of 2021.

Mr. Starr has amassed most of his fortune as drummer and singer of the greatest rock n roll band of all times, the Beatles.

The band has sold a staggering 1.6 billion singles in the United States. That’s Billion with a B.

Similarly, it sold 177 million albums in the United States alone.

If we look at the worldwide figure, it’s even higher. The band successfully sold a whopping 600 million albums globally, which is enough to make them the best-selling music artists of all time.

No wonder all four band members are worth so much higher, with the lead singer Paul McCartney being a billionaire.

The band basically toured all over the world and made a ton of money for all four bandmates.

Apart from music sales and tours, the Beatles still make money to this day from royalties.

Similarly, according to Billboard, the Fab Four in 2021 ranked third in physical sales, selling over 671,000 copies of its album.

Out of total album sales, 78% were vinyl reissues. Likewise, the band also generated a total of 1.8 billion streams, which is quite impressive for a rock band in the present day.

The royalties of the band would have been much higher if they had not sold the publishing rights of the vast majority of the Beatles catalog for $47 million to pop star Michael Jackson in 1985.

After the death of Michael Jackson, the publishing rights of the Beatles catalog went to Sony ATV.

Apart from the Beatles, Ringo also has had a successful solo career.

Moreover, Starr earned $3 million in 2013 from his various endeavors.

Let’s look at Ringo Starr’s Net Worth in several currencies, including BitCoin, the cryptocurrency.

Ringo has invested in tons of real estate over the years.

He owns several homes. He and his family split their time between the United States, the United Kingdom, and Monte Carlo.

The house features cool 200 acres of land with formal gardens, lakes, and a riding school.

Similarly, in 1971 Ringo purchased a home in Tittenhurst Park at Sunninghill in Berkshire from the legendary bandmate John Lennon and moved his family there.

Starr also owns a beautiful home in the Chelsea district of London.

Ringo purchased a gorgeous Facel Vega II Coupé in 1964 for $5,570. He purchased the car from Earls Court Motor Show.

He kept the car for years with himself and finally auctioned it off in 2012. The car was finally sold for a whopping $567,000.

Apart from that, Ringo has been spotted in several other high-end automobiles on different occasions.

Given Ringo Starr’s net worth and income, the rock icon lives a pretty decent life.

The 81 Years Old artist is concerned about his growing age and follows a strict diet plan.

Every morning he eats broccoli and blueberries. He told the Rolling Stones that the vegetarian diet helps him to stay fit, active, and healthy.

He also works out with his personal trainer every day.

Interestingly, Starr went vegetarian after attending a bullfight in Spain.

He was said to be an all-organic vegan back in 2016, but it is not clear whether he still sticks with a plant-based diet.

As for his personal life, Ringo married Maureen Cox in 1965. Brian Epstein, manager of the Beatles, was the best man while bandmate George Harrison and Ringo’s stepfather Harry Graves were witnesses.

Nonetheless, they divorced in 1975 because of Starr’s repeated betrayal.

He also later admitted to being careless with his marriage, wife-beater, drunk and absent father.

Years after Maureen passed away at the age of 48 from leukemia, Starr married actress, Barbara Bach. He met her on the set of the film Caveman.

Ringo currently has eight grandchildren, and he was the first Beatle member to become a great-grandfather.

It’s no surprise that as part of the Beatles, Starr has traveled around the world.

He was constantly on the move along with his bandmates to various nations for concerts and tours.

Back in 1966, John Lennon and Ringo Starr went on vacation to Trinidad.

Similarly, Starr went to Corfu, Greece, for a vacation in 1963 and was accompanied by the lead singer of the Beatles, Paul McCartney.

Back in 2017, Ringo Starr sold off his pictures in New York City, and 100% of the proceeds went to Lotus Foundation.

Lotus Foundation is a non-profit organization founded by Starr and his wife Barbara Back in 2006 with the aim to fund, support, promote and participate in charitable projects.

Similarly, Starr contributed a song to an album benefiting victims of Hurricane Sandy in 2012. It also raised money for the David Lynch Foundation.

Moreover, Starr also presented a cancer survivor with a set of drums in 2011.

Rock icon Ringo Starr has appeared in numerous films, TV series, and TV documentaries. He has worked as a producer as well as a sound artist on several screen projects.

He has also voiced over several animated characters.

Starr appeared in the TV series Shining Time Station in 1989.

Similarly, he appeared in the 1971 Spaghetti western film Blindman.

Likewise, Starred appeared as a guest performer in Rowan & Martin’s Laugh-In in 1970.

Apart from these, Starr made an appearance in the 1973 film Son of Dracula and That’ll be The Day.

Ringo Starr is popularly known as the drummer of the Beatles.

Though he came in late replacing the former drummer in the band, his quirky drumming pattern immediately became famous.

Apart from drumming, he also sang lead on several tracks, including Yellow Submarine, With a Little Help from my Friends, Good Night, and Boys. Similarly, he wrote Octopus’s Garden and Don’t Pass me By.

Following the breakup of the band in 1970, Starr embarked upon a solo career and became immensely successful.

Perhaps the biggest hit of his solo career is a track entitled Photograph, which was co-written by George Harrison. It peaked at No. 1 in the United States.

Ringo Starr has published a couple of books over the years.

He released his book Postcards From The Boys in the year 2004, which features the reproductions of postcards Starr sent to three other Beatle members along with his commentary.

Similarly, he published a picture book titled Another Day in the Life in 2019.

The only child of Elsie Gleave and Richard, Ringo was just a young boy when his parents divorced.

His father was not around much and was raised by his mother, who took a job as a barmaid.

Starr’s mother later married Harry Graves in 1954, who happened to be a huge musical band fan.

His stepfather introduced him to recordings of Sarah Vaughan, Billy Daniels, and Dinah Shore.

Eventually, he began working at Henry Hunt and Son, a Liverpool school equipment manufacturer, as an apprentice machinist where he met Roy Trafford.

He and Trafford shared similar music interests and began rehearsing songs together in lunch breaks.

Ringo’s stepfather gifted him a second-hand drum for Christmas.

He later joined one of the popular bands in Liverpool at the time, the Hurricanes as a drummer, and it was this time around when he met the Beatles.

Is Ringo Starr a left-handed drummer?

Is it Sir Ringo Starr or Sir Richard Starkey?

Are Paul and Ringo still friends?

The former bandmates have remained great friends over the years. However, they don’t get to spend much time together these days.

Read About 20 Richest Rockstars in the World 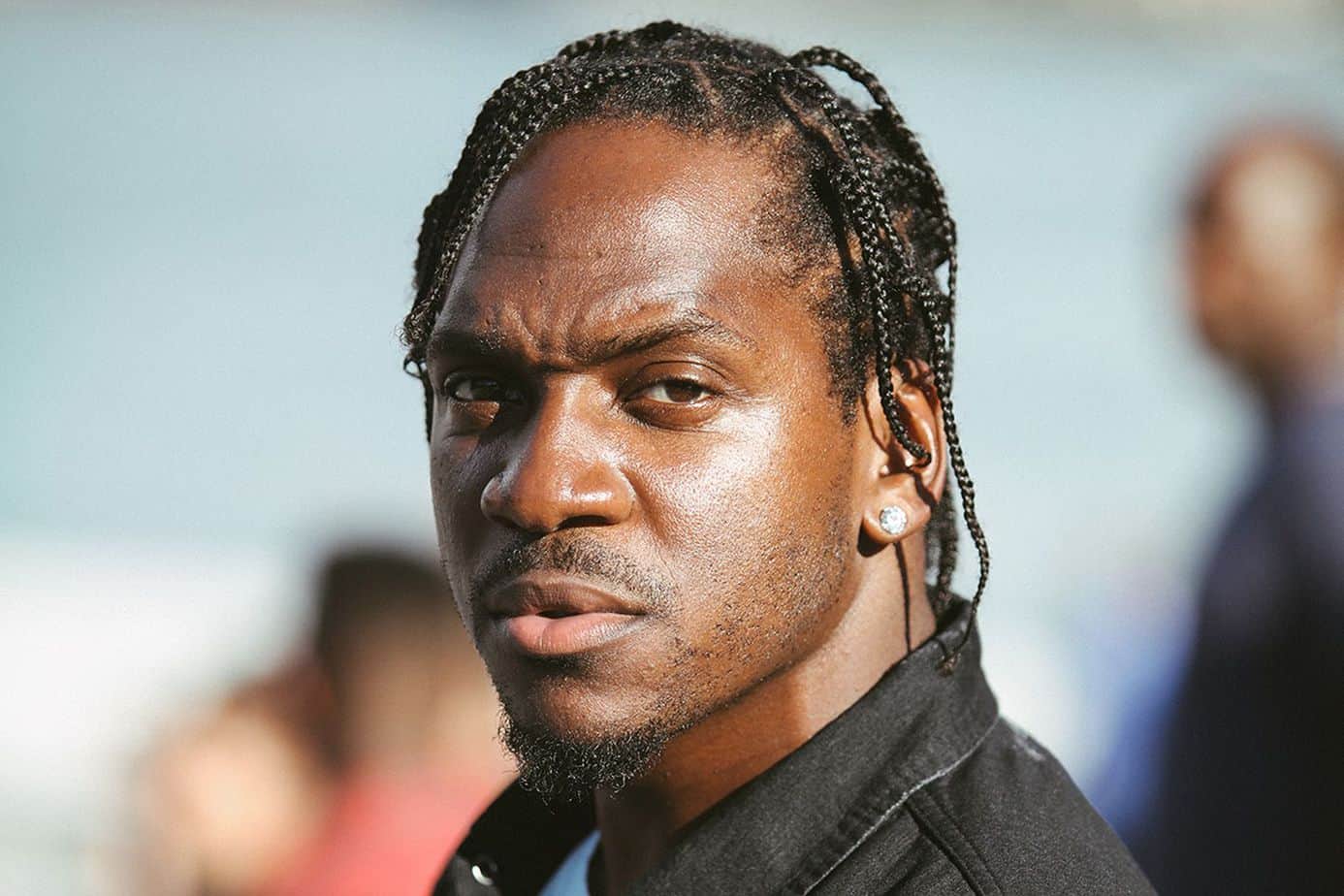 Read More
An American hip-hop record executive and rapper from The Bronx, New York, Pusha T net worth is $15…
NNet Worth
Retired American professional boxer who was the undisputed heavyweight champion of the world in the late 80s, Mike…