A British business magnate, investor, and author, Richard Branson, has a net worth of a staggering $4.2 billion as of 2022.

Eccentric, bold, adventurous, and generous Richard Branson is one of the wealthiest people on the planet.

However, he wasn’t born rich. Instead, like most self-made billionaires, he has his business acumen and creative mind to thank for his wealth.

He is the founder of the Virgin group, which today controls more than 400 companies in different fields.

Richard Branson was born in the United Kingdom on 18 July 1950. He’d always wanted to be an entrepreneur since he was a child.

At the young age of 16, he started his first company, a magazine called Student.

When this modest firm proved a success, he expanded it, rebranded it to ‘Virgin,’ and developed a chain of record stores and other businesses.

It is now one of the world’s largest corporations.

He was knighted in 2000 for his services to entrepreneurship, and his official title is Sir Richard Branson.

Branson was also selected as one of the 100 greatest Britons by 2002 BBC polls.

Branson used his first earnings to purchase a private island, where he married his wife Joan Templeton a decade later.

So, let’s get to know Richard Branson a little better, starting with some basic facts about him.

Richard Branson: Net Worth and Income

A British business magnate, investor, and author, Richard Branson, has a net worth of a staggering $4.2 billion as of 2022.

Richard Branson’s firm, the Virgin Group, is worth $5 to $5.5 billion. As a result, his net worth is mainly derived from the corporation.

In 1972 the group found the music label Virgin Records, and he earned his first million dollars in 1973 when Virgin recording artist Mike Oldfield sold over 5 million copies of his record, “Tubular Bells.”

In 1993, a court-ordered British Airways to pay Branson and Virgin $945,000 in damages, plus $3 million in legal expenses, and an apology.

He has increased his investment in a variety of businesses.

All of these businesses are valued at tens of millions of dollars. Branson had a lousy year in 2020, losing almost $200 million.

In addition, the global health situation affected the shares of his space tourism startup Virgin Galactic fell considerably as the market reacted to the postponement of the space flight test.

But in 2021, he managed to bounce back as shares increased by about 20% in February. Real estate in Branson isn’t cheap. He is the proud owner of four private islands. Necker Island is where he resides.

The island can be rented for as little as $60 thousand per night. There are 100s of employees available, as well as entertainment such as tennis and zip line.

Let’s look into the net worth of Richard Branson in different currencies, including BitCoin, the cryptocurrency.

It is a private island with ponds and a lemur sanctuary, and a home for more than 200 birds.

Branson purchased Necker Island in 1978. It was listed at three million pounds, but he could obtain it for one hundred and fifty thousand.

He has now transformed the Necker into a sort of playground for himself and his visitors.

However, 30 years after creating his utopia from the ground up, it was all destroyed by a single lightning bolt. Although no people were killed, the entire region was devastated.

After 25 months and $17 million, the house was even more gorgeous and 20% larger.

Unlike other wealthy people, Branson has a modest car collection.

Richard’s first car may be a humble 1968 British morris mini miner, but he has come a long way and certainly can afford more expensive vehicles.

One of the highest-priced automobiles is the Gibbs Aquata. It is an amphibious vehicle that can swim across the English channel.

Although his information is not disclosed, he certainly has more cars.

He is fond of electric cars and stated that Virgin would go head to head with Tesla in the electric car business. So we can expect Virgin electric cars to be soon on the road.

Being a businessman, Branson owns a jet that can take him to places quickly.

Considering he has a private island, it would be appropriate also to have his private jet.

Richard has plenty of hobbies to keep him busy. He may have hundreds of companies under the Virgin banner, but that doesn’t stop him from indulging in some of the most outrageous hobbies.

His hobbies are secret from being resilient, and he doesn’t shy away from adventure.

He loves yachting. In fact, in 1985, he was a member of a speedboat team that attempted to set a new world record for the quickest transatlantic passage.

He is also fond of hot air ballooning.

Moreover, in 1987, he teamed up with a Swedish adventurer to attempt the first hot air balloon crossing of the Atlantic. But they had to be rescued after their landing attends failed.

He likes kite surfing, and at the age of 61, he became the oldest person to kitesurf the English Channel.

He was also spotted kite surfing the British virgin island with former US President Barack Obama.

Another favorite hobby of Branson’s is biking, and sometimes he takes it to the extreme.

Unfortunately, he got in an accident while riding, quacking over a speed bump, and injured his shoulders, chins, and knees.

Living on a private island has many advantages, one of which is that every day seems like a vacation.

Many celebrities vacation on his island, and Branson keeps them company.

Charity is close to Branson’s heart. He has pledged to commit $3 billion, which is all his profits from his travel firms over the next decade, to reduce global warming.

He has also previously donated to educational charities in Africa. In addition, Branson is the patron of the International Rescue Corps.

He formed the Elders in 2007. It is a small group of leaders working to solve global conflicts without vested personal interests.

Branson has made 12 personal investments and 30 group investments as the owner of the Virgin Group, his primary organization.

His investments vary from food technology businesses such as Upside foods to air quality accessors such as Airly.

Indiegogo, Wise, Tens, Rescale, Ring, Doctor on Demand, and Wayve are among the other startups in his investment portfolio.

As a group investor, he has made more than 30 significant investments and partners with companies that aim to make fundamental changes in the world. One of the most talked-about investments is more than $30 million in BitPay for its startup businesses.

The billionaire has also spent over a billion dollars in Virgin Galactic, a space travel corporation attempting to make a name for itself in space travel.

Aside from being a businessman, he has also authored several books. A few of the titles of his books are-

Richard Branson dropped out of school in 1966 to launch The Student magazine.

The magazine grew in popularity, and Branson even interviewed some celebrities for it.

He decided to start promoting popular recordings in the magazine, and he quickly found his niche.

He used the name “Virgin” for the first time, and the magazine was his first form of promotion.

Branson began diversifying his business after the success of Virgin Records.

Virgin Books and Virgin Video were born in 1981. Within two years, Branson’s business empire included more than 50 different companies with combined sales of more than $17 million

Virgin Atlantic Airways, which he launched in 1984, is his most recognized and profitable venture.

Other companies of Branson include Virgin Fuels, Virgin Hotels, and Virgin Healthcare.

Branson has two children and has been married twice.

How did the company name Virgin come?

The word Virgin came from the fact that Branson was new to the business and had no idea about it.

Why did Richard drop out of school?

Branson had dyslexia as a child, which made it difficult for him to concentrate on reading and writing. One of the key reasons he dropped out of high school might have been this. 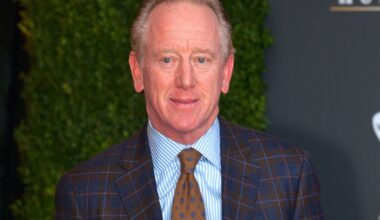 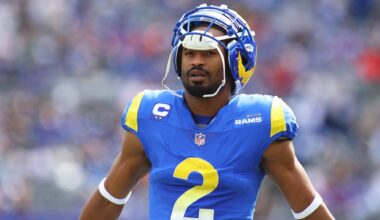