One of the richest singers in the whole wide world, best known as the co-founder of the most successful rock and roll band of all time, The Beatles, Sir Paul McCartney’s net worth is $1.2 billion.

Cited as one of the most successful composers of all time, McCartney is also known for his remarkable bass-playing skills and super impressive vocal range.

Even though the Beatles put him on the map, Paul has had a super successful solo career.

His songwriting partnership with fellow Beatle late John Lennon remains unparalleled in the music industry to this date.

For his incomparable success as a musician, Paul has been honored with some of the most prestigious accolades one could ever imagine.

He remains one of the few rockstars in the world with two Rock and Roll Hall of Fame induction, one as part of the Beatles and the other as a solo artist.

One of the most successful musicians in the world, Sir Paul McCartney’s net worth as of February 2023 is a staggering $1.2 billion.

Paul has amassed a gigantic fortune as a tremendously successful musician and composer.

Music sales, royalties, digital streams, live concerts and tours, business pursuits, and endorsements are some of the major factors that have contributed to his ginormous wealth.

The Beatles epitomized the level of success that musicians could get to, or at least it showed what’s achievable.

Yes, there are other successful bands in the world with tens of or even hundreds of millions of record sales, but the benchmark Beatles has set is untouched to this date and hopefully will remain so.

During the time the band was together, they released 12 studio albums, 22 singles, and 13 EPs.

Similarly, they also had 12 live albums and five compilation albums.

Almost all of the albums and singles the Beatles released went platinum or at least gold.

In total, the Beatles has sold over 289.3 million certified units. However, the claimed units sold by the band is over 600 million.

Paul McCartney continues to be one of the highest-earning musicians year after year.

Besides touring, he earns tens of millions of dollars in music royalties and licensing fees each year.

He has perhaps one of the most valuable portfolios of publishing copyrights which include not just his music but other super successful music artists’ work.

In 2017, McCartney earned $54 million from his various pursuits, which landed him on the No. 13 spot on the Forbes list of the World’s Highest-Paid Musicians.

See, it pays off following the passion and being consistent!

Similarly, in 2020 Paul’s earnings was recorded to be $34 million, which put him in the 91st spot of Forbes’s 100 highest-earning celebrities.

Despite the fact that the Beatles broke up more than 50 years ago, and Paul himself is 80 years old, he is still active in the music scene and still kicking.

The man still competes with the musicians in modern pop culture.

For example, Pal grossed an astonishing $4 million per city during his 2015-2016 tour, exceeding the income of fellow superstars like Jay-Z, Beyoncé, and JLo.

The Beatle’s music catalog is easily worth more than $1 billion in the current scenario.

However, Paul or any of the living Beatles do not have the sole ownership of the most valuable catalog in music history.

As a matter of fact, Michael Jackson had purchased the Beatles catalog in 1985 as part of a $47.5 million deal for ATV.

However, amidst financial issues, Michael sold half of ATV to Sony for more than $100 million and formed Sony/ATV Music together.

After decades of legal disputes between McCartney and Sony, Paul finally regained half of the catalog of Beatles.

Net Worth of Paul McCartney in Different Currencies

Paul McCartney’s net worth as of February 2023 is a staggering $1.2 billion. Here is how it looks in some of the major currencies globally:

In total, Paul has more than $150 million worth of real estate in different parts of the world.

Paul owns a 1,500-acre estate in Sussex, England, a country estate in Scotland, and a flat in London.

All in all, McCartney owns at least half a dozen properties in his native United Kingdom.

Similarly, he owns a 151-acre ranch in Tucson, Arizona.

Paul owns a triplex in Manhattan which he bought for $15.5 million in 2015. Reportedly, the unit costs $13,000 a month for maintenance alone.

Likewise, Paul purchased a mansion in Beverly Hills for $4 million in 2001 from Courtney Love.

Sir Paul McCartney’s net worth as of February 2023 is an enormous $1.2 billion.

Just like every other successful and rich celebrity, Paul McCartney maintains a fleet of vintage as well as modern wheels.

His car collection is easily worth millions of dollars.

Well, it is hard to pin out every single car in his possession, but some of the most remarkable vehicles in his collection include the 2003 Chevrolet C5 Corvette, 1989 Ford Bronco, and 1972 Lamborghini S2 Espada.

The true rock star Paul McCartney has had quite a career.

Though he made a few bad choices in his early days, for example, selling the music catalog to Michael Jackson, or doing drugs, among others, he is doing astonishingly well as of now.

He became wiser and savvier as he got older and diversified his source of income. And the result looks like $1.2 billion.

He is the wealthiest musician in the UK and the fourth richest in the world.

McCartney married Linda Eastman, a photographer and animal rights activist, in 1969. The couple had four children.

They had two daughters.

Following that, Paul married his current spouse Nancy Shevell on October 9th, 2011, and has been living happily married ever since.

Furthermore, in around the 60s, Paul and other Beatles were introduced to Marijuana by fellow singer and songwriter Bob Dylan.

After that, McCartney became a recreational marijuana user then.

Interestingly, he has been arrested a few times for possession of marijuana and was even denied a visa to the United States until 1973.

Along with Marijuana, McCartney also did cocaine and LSD at one point in his career.

Paul has been associated with a number of nonprofit organizations and has been doing his part for society for quite a while.

McCartney performed a private concert in 2003 for a wealthy banker’s wife and donated his $1 million to the charity.

Similarly, Paul organized the People of Kampuchea concert in 1979.

He has supported a variety of other nonprofits, including City of Hope, PETA, MusiCares, Robin Hood, Comic Relief, Greenpeace, Aid Still Required, and Keep A Child Alive.

In 1978, Paul and his then-wife Linda donated over 1000 teddy bears to the Royal Hospital for Sick Children in Glasgow.

Moreover, Paul has also made a contribution to society artistically.

McCartney donated a song to Aid Still Required’s CD in 2008 as an effort to raise funds to support and assist with the recovery from the 2004 tsunami devastation.

Paul has been the UK’s richest musician since the rich list began in 1989.

It includes the publishing rights to the musicals A Chorus Line, Grease, Annie, and Guys and Dolls.

MPL Communications owns the rights to the songs from music artists, including Carl Perkins, Buddy Holly, and many others.

His 2003 income was a staggering £40 million, the highest income within media professions in the UK that year.

Aside from that, Paul has also invested in several startup companies.

Paul met John Lennon at the age of 15 and soon joined the band the Quarrymen as a rhythm guitarist.

Quarrymen was renamed The Beatles in 1969.

Soon after, they began dominating the music scene.

After playing together for nearly a decade and taking the world by storm, the Beatles broke up in 1970.

Following the breakup, Paul embarked on a solo career and released his first solo album on April 17, 1970.

Does Paul McCartney have memory loss?

The 80 years old Paul reportedly has lost his memory. He cannot even sing his own songs without the help of a teleprompter during live shows.

Who is the wealthiest Beatle?

Out of two surviving Beatles, Paul is the wealthiest. While Paul has a net worth of $1.2 billion, Ringo, on the other hand, has $350 million.

Which is the most covered song?

“Yesterday” is the most covered song according to Guinness World Records.

The song remains popular today, with over 2,200 recorded cover versions. And guess what, every time the song is played or covered, Paul gets his cut. 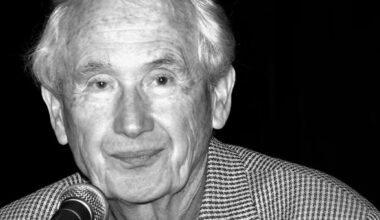 Read More
Irish-American author, teacher, and writer Frank McCourt had a staggering net worth of $1.2 billion at the time…
NNet Worth 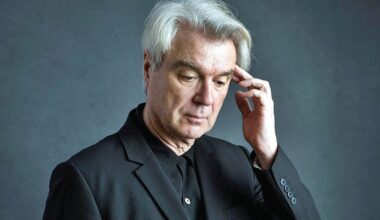