Home 15 Most Beautiful Kids in the World
TTop List

Most Beautiful Kids in the World!!

We all have our own definitions of “beauty,” but in the end, it means a quality someone possesses that pleases our mind.

To illustrate, we might like how someone looks or sounds, even more, how someone thinks. Therefore, even though there is no parameter to measure beauty, we can tell if someone is beautiful.

Kids are pure at heart, they are inherently innocent, and on top, they are beautiful in their own way.

However, in this article, we are presenting to you those 15 kids around the world who are believed to be the most beautiful.

We have not presented the following details on a ranking basis, therefore, you are free to choose your favorite and share your thoughts with us!

Most Beautiful Kids in the World

The Russian kid model is currently 18 years old, which tells us that she is no more a kid. However, she was famous long ago for being one of the most beautiful kids.

In fact, she is one of Europe’s most well-known girls.

Born in Moscow, she is exceptionally gorgeous and talented.

Berzukova being beautiful and photogenic, has already received and keeps receiving offers from various model agencies or fashion brands.

To illustrate, this adorable girl has made her appearance in the magazines like Harper’s Bazaar, Vogue Bambini, Collezioni, Baby Marlen, etc.

In the same way, she has collaborated with the fashion labels like Moschino, Dolores, Incanto, Pinko, Benetton, and many more.

Anastasia was also featured in a music video titled “Sleeplessness.”

The two handsome twins from America, Colin, and Kameron Scott, have already made their name as “True Blue Twins.”

The twins are really attractive with their brown hair and brown eyes. While they are just in their sweet sixteen, this duo has already grabbed several high-paying jobs.

On the next number, we have the Australian teen model, Meika Woollard. As of today, she is already an established actress, model, and social media influencer.

Nevertheless, this success followed her as Meika has been working in show business since she was three years old.

Sometimes, just being beautiful won’t help out. You need to step out to the world and make your own identity where your beauty will help you to soar high.

In the same way, Woollard rose to prominence after appearing in several children’s commercials.

Eventually, she made her way into the fashion world in her home country.

The native Australian with captivating green eyes has now been signed to many international modeling agencies. Not only that but, Meika has also graced some of the renowned fashion runways.

The 11-year-old South Korean kid, Cooper Lunde, is regarded as one of the most famous and good-looking children. He is partly South Korean and partly Canadian, thus popular in both countries.

The young biracial model was declared to be noteworthy once his candid images went viral on Instagram. Eventually, he rose to prominence when he started appearing with more vanity.

Currently, the kid has a massive number of followers on his social media, and he has already worked for several designers.

Undoubtfully his beautiful brown eyes and innocent charisma will bring even more success as he grows up.

Jare Ijalana from Nigeria has already been an internet sensation with the title “the most beautiful girl in the world.”

This honor was brought to the kid after she was photographed by Mofe Bamuyiwa and those pictures were viral on social media.

To illustrate, her big, doe, soulful eyes, glistening skin, and impressive hair-do have won the hearts of millions of people around the world.

From the mere age of four, she has been working in kids’ commercials and modeling. Not only her but her sisters are also the modeling along with her.

Also known as the finest girl in Nigeria, she is currently eight years old and soaring high with her captivating beauty.

Read About 20 Beautiful Women Over 40…

In the beginning, this gorgeous beauty started modeling at the mere age of three. By the time she was four years old, she already had the confidence to rule the runway.

Well, she is not only into modeling but is also good at rhythmic gymnastics. Her goddess-like appearance and those azure eyes have already captivated the fashion industry.

To detail,  Kristina has so far worked with big brands like Armani, Prada, Burberry, Dolce & Gabbana, and many more.

Currently, she is associated with the model firm named LA Models, which is why she shifted to America from Russia.

You might recognize her from the famous Avicii song “Wake Me Up,” released in 2013. Yes, Laneya Grace was featured in that song which quickly made her more famous than she already was.

Born in San Francisco, Grace stepped into the modeling world just when she was three years old.

From right then, she has made her name in the entertainment world with her graceful personality and beautiful appearance.

To detail, her light brown hair and fair complexion make her every photographer’s delight.

The French model Jade Weber was born in Hong Kong and currently lives in Los Angeles.

Weber has already worked for the brands like H&M and Vogue Italia. Similarly, she has made her appearance on several fashion runways.

Furthermore, the teen model is also equally skilled in the dancing and acting field. She has appeared in several movies, including Moment (2016), Runaway (2017), and Color My Dreams (2016).

Having said all these, Jade Weber is a multilingual model and can speak French, English, and Mandarin.

“The Clements twins” or “the most beautiful twins,” you may have heard about these two gorgeous-looking girls who even have been said that they could possibly be the next Jenner sisters!

These identical twins have already been signed by modeling agencies from Los Angeles. Likewise, Ava and Leah have also teamed up with other brands like Macy’s and Levi’s.

They started their modeling career at the age of 7 and already are pursued by many fashion brands for endorsements and commercials.

Israel’s most beautiful girl, Anastasia Averbukh, is the daughter of the reputed athlete Alexander Averbukh.

The 11-year-old girl is one of the most attractive kids. Moreover, Anastasia already has her name on the list of the Next Generation Model compiled by Elite Israel.

I mean, look at those tresses! And her doll-like face. She has established herself as a child model appearing in several commercial and advertising works.

To detail, Anastasia has so far made her appearance for big names like Grazia magazine, Dolce & Gabbana, and so on.

Nonetheless, except for modeling, the young model equally loves sports.

Another beautiful kid on our list is the eight-year-old Jordyn Reinle from the United States.

Reinle was named the most attractive child in North America. Well, why wouldn’t she as she is breathtakingly stunning!

Jordyn has worked with American companies like Kidpik, Simplicity Patterns, The Children’s Place, and many more.

The young kid boasts glittering blue eyes, great hair, and luscious brows. Not only that, but the whole internet was captivated by her sleek porcelain-like face.

Jordyn was first noted by the mass when her mother uploaded her picture, which went viral.

Very soon, she became well known as a Barbie doll.

Undoubtedly, Haileigh Vasquez comes on the list of the most beautiful kids around the world. She is a young girl from the U.S who started her modeling career at just three years old.

Vasquez aims to be a famous designer one day in the future, and for that, she already has started with her ideas.

Moreover, Haileigh made her TV appearance on The Steve Harvey Show.

The young beauty has done many ads for several brands and already has a massive following on her social media platform.

Similarly, back in 2015, she was titled of Instagram’s 20 most trendy kid stars.

On our third number, we have a lovely kid model from South Korea, Lauren Lunde. She is partly Korean and partly Canadian and is already famous in the television world.

Lauren has appeared in a hit show Hello Baby making her one of the most famous child celebrities in the world.

In the same way, she has become a face for brands like MiniMe, Aura Kids, MiniZauru, and many more.

All these reasons why Lunde is among the top ten most popular global kid actresses.

Anna Pavaga, the young and gorgeous kid from Petersburg, has been given the title of Russia’s most beautiful girl.

Pavaga, with her doll-like features and unique eyes, has captured the hearts of millions of fans, making her an Internet sensation.

Talking about her modeling career, she has already become a face for a big brand like French Vogue. Similarly, she has starred in a few TV commercials.

The glistening blue eyes, golden hair, and ever-charming look make her favorite of the million fans she has amassed on her social media.

Similar has contributed both as a commercial actor and child model. She has made her appearance in several apparel lines as well.

Follow This Link to Read About The 12 Hottest Female Politicians 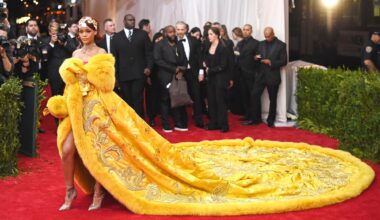