Michael John Myers, a Canadian actor, director, producer, screenwriter, and comedian, professionally known as Mike Myers, has a Net Worth of $200 million.

Best known for his performances on SNL from 1989 to 1995, Mike made his directorial debut with the 2013 documentary Supermensch: The Legend of Shep Gordon.

His parents were British immigrants from the Old Swan area of Liverpool, England.

His mother, Alice Myers was a data processor, and his father, Eric Myers, was an Insurance agent.

Also, he was semi-retired from the acting scene in 2012. However, he appeared in supporting roles in Terminal and Bohemian Rhapsody in 2018.

Mike Myers: Net Worth and Income

Canadian actor, director, screenwriter, and comedian, Mike Myers has an astounding net worth of $200 million as of July 2022.

Mike Myers has amassed most of his net worth from his acting career.

He earned about a million dollars for 1992 Wayne’s World.

Moreover, the first Shrek movie made him $3 million, the second part of the film brought $10 million, and the third and fourth parts made about $15 million.

Also the film So I Married An Axe Murderer earned Mike $2 million.

Furthermore, Mike signed a contract with Universal Pictures in 2000 for $20 million.

Unfortunately, Universal Pictures later sued Myers for $3.8 million for breaching the contract to make a film based on his character on SNL Dieter.

Net Worth of Mike Myers in Different Currencies

So, let’s look into the net worth of Mike Myers in different currencies as of July, 2022:

Mike Myers has a superb real estate portfolio. He has purchased and sold impressive pieces of real estate across the United States.

Back in 2014, Mike purchased an eight-acre lakefront abode in Colchester, Vermont, for about $1.65 million.

Not much information about this particular house is available but reportedly, the main house spans over 4,256 square feet of living space.

The house is located right in front of Lake Champlain in Colchester, Vermont.

Similarly, Mike paid about $8 million for a house in New York City’s SoHo neighborhood in 2007.

The duplex apartment is located at 72 Mercer Street, New York.

However, at one point, Mike listed the apartment in the market for $17 million in 2015 but took it off the listing.

Mike ultimately had it sold after three years for just under $3 million below the original asking price.

The unit was bought by some unknown buyer for $13.2 million.

However, for some reason, Mike was not fully satisfied with the place and sold it just four months later for $14 million.  Way to burn $700,000!

Mike began his on-screen career as early as the age of two. As a child, he appeared in commercials.

He starred in a commercial alongside Gilda Radner for British Colombia Hydro at the age of ten.

Afterward, he moved to England, where he founded The Comedy Store Players.

After that, Mike moved back to Canada in around 1986 and joined the cast of The Second City Toronto in their main stage show.

Mike then again moved to the States in 1988, where he performed, trained, and taught at the improv Olympic.

As for his personal life, Mike met actress and comedy writer Robin Ruzan at an ice hockey game in Chicago in the late 80s, and the two began dating immediately.

After dating for some years, the couple married in May 1993 only to divorce in December of 2005.

Following the divorce, he started seeing Kelly Tisdale in 2006, and after dating for almost four years, the couple tied their knot in 2010 in New York City.

They have three children together.

He loves his wife and children and tries to spend a lot of time with them.

The funnyman loves collecting model soldiers. Furthermore, painting, drawing are some of the things he loves doing in his free time.

Mike Myers has been in philanthropy for a long time now.

He loves giving back to the needy ones since he’s been blessed with fortune.

Back in 2016, Mike Myers was one of the attendees of Food Bank for New York City’s Annual Can-Do Awards Dinner at Cipriani Wall Street in New York City along with John Bon Jovi, Aziz Ansari, Michael Stipe, and Jim Gaffigan.

There are more than 1.5 million New Yorkers who rely on Food Bank For New York City’s services and program, and the Can-Do Awards Dinner is instrumental in helping to provide support to them.

Moreover, back in 2020, Mike was a part of STRONGER TOGETHER, TOUS ENSEMBLE.

During the event, more than $6 million was raised to support Food Banks Canada during the COVID-19 pandemic.

Mike Myers has been in the movie industry for several decades now. He has appeared in numerous films and TV shows throughout his successful acting career.

According to IMDB, Mike Myers has 57 credits as an actor, 19 as a writer, 1 as a director, and 7 credits as a producer.

His films have grossed over $4 billion at the worldwide box office.

Mike made his silver screen debut in 1992 in the feature film Wayne’s World.

The film was a massive hit and also came with a sequel in 1993 named Wayne’s World 2. The same year Mike starred in So I Married an Axe Murderer.

He took a two years pause and returned in 1997 with the film Austin Powers: International Man of Mystery.

The film was critically as well commercially successful and was followed by two more sequels 1999 Austin Powers: The Spy Who Shagged Me and 2002 Austin Powers in Goldmember.

After that, Mike appeared in rare non-comedic roles in the 1998 film 54.

He portrayed Steve Rubell in the film, which did not perform well critically and commercially, but Mike surely did earn positive notice.

Moreover, Mike voiced Shrek in the animated film of the same name in 2001.

He actually got lucky with the part because the originally planned voice actor Chris Farley died in 1997.

Following fellow Canadian actor Jim Carrey Mike received the MTV Generation Award in June 2007, being the second Canadian to be honored with the award.

After that, Mike co-produced and starred in The Love Guru in 2008, which was not much of a success critically and commercially.

And after eight years of pause from acting, Mike was seen in a supporting role in the 2018 Bohemian Rhapsody and Terminal.

Some of his notable appearances in TV shows include 1975 King Of Kensington, 1979 The Littlest Hobo, and 2010 Dreamworks Shrek’s Swamp Stories.

Similarly, he has a few upcoming projects in the pipeline, including The Pentaverate and Austin Powers 4.

The comedy superstar published a book entitled Canada on 15 October 2016.

In the book, Mike has written about his relationship with his beloved country Canada.

In 1989 Mike began appearing on SNL and also became the first production player added to the show’s cast in over two years.

His last episode on SNL aired on the show 21 January 1995, which was exactly six years to the day after his first episode aired.

Moreover, his first directorial debut was 2013 Supermensch: The Legend of Shep Gordon, which screened at the Toronto International Film Festival.

Furthermore, along with Susanna Hoffs and Matthew Sweet, Mike is also a member of the band Ming Tea.

They have performed the songs Daddy Wasn’t There and BBC for the Austin Powers franchise.

Mike has also appeared in the documentary telefilm Monty Python: The Meaning of Live.

As an avid fan of the comedy troupe Monty Python he also appeared on stage on the final night of their live show at the O2 Arena named Monty Python Live (Mostly).

What is Mike Myers doing these days?

Mike Myers has been engaged in some of the acting projects which are still in the pipeline. His upcoming TV miniseries The Pentaverate is in post-production.

Will there be Austin Powers 4?

Austin Power 4 has been announced, and if everything goes well, they will start shooting soon.

Did Mike Myers shave his head for Dr. Evil?

Mike shaved his head for his role as Dr. Evil because he thought using latex would not look natural.

20 Most Expensive VHS Tapes of All Time 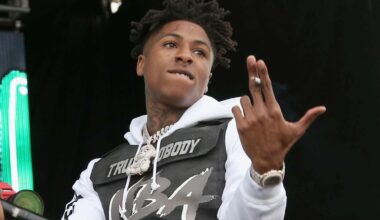 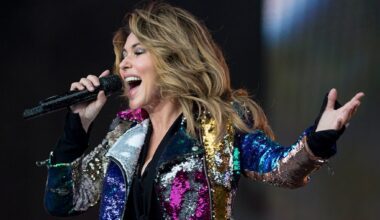 Read More
“Queen of Country Pop” Shania Twain has a net worth of a gigantic $400 million as of .…