An American comedian, producer, composer, director, and writer, Mel Brooks’s net worth is a staggering $100 million as of 2022.

Mel Brooks is known for directing great comedies such as The Producers, Blazing Saddles, and Young Frankenstein.

Brooks has won an Academy Award and several Emmy, Grammy, and Tony Awards for his work as a writer, producer, director, and performer.

The director began his career as a stand-up comedian before transitioning to television comedy writing.

He was hired to write jokes for the NBC show The Admiral Broadway Revue in 1949, and he established the comedy series Your Show of Shows in 1950.

With his first feature picture, The Producers, which won him an Academy Award for Best Original Screenplay in 1968, he began his career as a director.

The Twelve Chairs, Blazing Saddles, Silent Movie, History of the World, Part I, Spaceballs, High Anxiety, and Robin Hood: Men in Tights were his other significant features.

In the American Film Institute’s top 100 comedy films, his Blazing Saddles was placed #6, The Producers was ranked #11, and Young Frankenstein was ranked #13.

Brooks and Reiner established a comedy partnership and began performing The 2000 Year-Old-Man, quickly becoming a hit.

Mel created the comic series Get Smart in 1965, which was a tremendous smash. Throughout five seasons, 138 episodes were aired.

So, let’s get to know Mel Brooks a little better, starting with some basic facts about him:

Mel Brooks’s Net Worth and Income

An American comedian, producer, composer, director, and writer, Mel Brooks’s net worth is a staggering $100 million as of 2022.

Despite his wealth, he maintains a simple lifestyle. However, his real estate investments reveal a lot about his preferences.

According to the Los Angeles Times, he sold a four-bedroom and three-and-a-half-bath cottage in Southampton for $4.995 million in 2019.

Brooks listed his midcentury modern home in Los Angeles for $3.85 million the following year. The mansion has three bedrooms, three and a half bathrooms, and separate servant quarters tucked in the hills.

According to Variety, Brooks also owns “a handful of condos” in Santa Monica and a Manhattan condo he bought for $347,000.

But he enjoys simple pleasures. According to the Guardian, in 2020, his daily routine included eating dinner and watching Jeopardy! At the late Carl Reiner’s house.

“This is a fantastic place because it provided me with friendship, love, and free food. “You know, unrestricted eats are essential,” he said, with his trademark wit.

Mel Brooks’ impressive net worth of $100 million comes as no surprise given that he is still working.

Moreover, he earned a significant portion of his net worth as a producer on the Broadway adjustment of his 1967 film The Producers. From 2001 to 2007, the musical grossed over $200 million in ticket sales alone.

Brooks’ film adaptation of The Producers was also released on Blu-ray in a limited edition (via Slant Magazine). All of this goes to show that Brooks’ work has stood the test of time for nearly six decades.

Let’s look at Mel Brooks’s Net Worth in several currencies, including BitCoin, the cryptocurrency.

His principal residence with Anne in Santa Monica was a 13,000-square-foot mansion above a country club. They paid an undisclosed sum for this property in 1978.

In addition, the couple had paid $515,000 for an oceanfront home in Malibu a year before.

They owned a house in the Hamptons and an apartment in New York City. He still owns a $350,000 penthouse property on Manhattan’s Upper West Side, which he bought in 1990.

Mel Brooks has long bought an oceanfront beach house in Malibu, Calif., that he’d like to rent out for $135,000 per month during July and August.

The nonagenarian grand-daddy, whose legendary films include “Blazing Saddles,” “The Producers,” and “High Anxiety,” has owned this property since 1977.

He and his late and equally legendary Oscar, Emmy, and Tony-winning wife Anne Bancroft bought it for $515,000.

The Hamptons property was built in 1960 and lay on a waterfront parcel in Southampton Village.

The living and dining rooms have glass walls, and the kitchen has stainless steel appliances and marble splashes.

The master suite also has a brick fireplace. The jacuzzi tub in the bathroom, as well as the bedroom, have views of the bay.

A lush planted yard lies in front of the house, and a deck runs the length of the backyard. The grounds are 1.33 acres in size.

Mel Brooks and his wife, actress Anne Bancroft, once owned this midcentury masterpiece in Los Angeles. It is now listed for $3.85 million.

The construction of the midcentury modern domicile hasn’t changed since Brooks and Bancroft sold it to its current owner in the 1980s.

The comedian’s former hidden abode is quite lovely and features three bedrooms and three and a half bathrooms and is situated on a hillside.

There’s a bathroom, a walk-in closet, and built-ins in the master suite. And there is a staff quarter on the premises for any buyers who require assistance.

Mel has been toying with the notion of making a musical comedy about Nazis and Adolf Hitler for some years. He eventually finished a screenplay and got investors who were willing to take a bet on him.

Mel’s debut feature picture, The Producers, was released in 1967. Because significant studios refused to touch the film, he had no choice but to release it as an independent art film.

He went on to win the 1968 Academy Award for Best Original Screenplay, and the film quickly became a cult classic, particularly on college campuses.

The Producers was re-released as a film a few decades later, and it was also adapted for the stage.

From 2001 through 2007, The Producers was performed on Broadway. It shattered daily ticket sales records, bringing in hundreds of millions of dollars in income.

In addition, the play was also nominated for a record-breaking 12 Tony Awards.

Mel stepped more into the role of writer/director in the 1970s. Blazing Saddles and Young Frankenstein, both released in 1974, were directed and written by him.

“History of the World: Part I,” “The Elephant Man,” “The Fly,” “Spaceballs,” “Robin Hood: Men in Tights,” “Dracula: Dead and Loving It,” and “84 Charing Cross Road” are among his other famous works as a writer, director, and producer.

Those who have won an Oscar, Grammy, Emmy, and Tony Award are known as “EGOTs” in the entertainment industry. However, only 16 people have received the honor so far.

Brooks’ quest to become the world’s eighth EGOT began in 1967 when he won an Outstanding Writing Emmy for his work with Sid Caesar. Brooks won an Oscar for The Producers two years later for Best Original Screenplay.

Finally, after the debut of The Producers, Brooks received a total of three Tony Awards.

As if that weren’t enough, Brooks was also a Kennedy Center recipient and was awarded the Presidential Medal of Freedom in 2010.

“By highlighting hard realities about racism, misogyny, and anti-Semitism, he’s been called our jester, pushing us to face ourselves as we truly are, determined that we laugh ourselves sane,” former President Barack Obama said when he honored Mel Brooks.

We get two musical songs in the original 1968 version of The Producers: “Prisoners of Love” and “Springtime for Hitler.”

Brooks wrote the melody and words for both songs, but he had to enlist the help of a musicologist friend to turn them into sheet music.

The title theme from Blazing Saddles and “Hope for the Best, Expect the Worst” from his second film, The Twelve Chairs, are among the director’s other composition credits.

Caesar engaged Mel as a writer for his variety show, Your Show of Shows, which premiered in 1950.

Brooks and Reiner established a comedy partnership and began performing The 2000 Year-Old-Man, quickly becoming a hit.

Mel created the comic series Get Smart in 1965, which was a tremendous smash. Throughout five seasons, Get Smart aired 138 episodes.

Brooks began working as a stand-up comedian and did some comic radio work after his service in WWII.

He played piano at Borscht Belt resorts and began working as a stand-up comedian. At the Grossinger’s, he eventually rose to the position of master entertainer.

Along with the same writing cast of ‘You Show of Shows,’ Brooks wrote for another of Caesar’s shows, ‘Caesar’s Hour,’ in 1954.

Brooks signed a deal with Warner Brothers in 1972 to rewrite the script for a film called ‘Tex-X.’ He was later hired to direct the film, which was titled ‘Blazing Saddles.’

Brooks produced and acted in the Ernst Lubitsch remake ‘To Be or Not to Be’ in 1983. Alan Johnson helmed the project. Brooks portrayed Hitler in the film, which was a spoof on Germany during WWII.

He appeared on television in shows such as “The Simpsons,” “Mad About You,” “Curb Your Enthusiasm,” “Comedians in Cars Getting Coffee.” He also appeared in “It’s a Very Merry Muppet Christmas Movie” and others.

Mel Brooks has established a private nonprofit charitable organization dedicated to the preservation of the word “schmuck.”

“Schmuck is dying,” Brooks stated on Monday during a demonstration in his hometown of Williamsburg, Brooklyn, attended by 2,000 people.

Schmucks For Schmuck is a nonprofit organization that has collated schmuck-related statistics from the past 80 years and conducted independent research on current “schmuck” usage.

The numbers, according to Brooks, are frightening: Since its peak in 1951, utterances of the word “schmuck” have decreased every year, and in 2006, the phrase was only pronounced 28 times, 17 of which were by Brooks himself.

Jackie Mason, the Schtupp Institute, Sen. Russ Feingold (D-WI), Albert Brooks, and the Henny Youngman Endowment for the Preservation of Schmekel have all contributed to the foundation, which has already garnered more than $20 million.

The funds will be used to fund projects such as billboards and leaflets with the word “schmuck” splashed over them, the upcoming 5K Schlep for Schmuck Awareness, and a new Mel Brooks film aimed at reintegrating “schmuck” into the English vernacular.

“Tragedy is when I cut my finger. Comedy is when you walk into an open sewer and die.”

“Humor is just another defense against the universe.”

According to Historical Vignette 109, Mel Brooks served as a combat engineer in World War II.

Mel Brooks, 17, enrolled in the US Army shortly after graduating from high school in 1944.

In addition, his initial assignment after arriving in Europe in late 1944 was as a forward artillery observation.

Is Mel Brooks still in the business?

Mel Brooks is still going strong at  95, and he continues to delight us with cameo appearances in films as well as contributing his voice to animated series and movies (Toy Story 4 and Hotel Transylvania)

Is it true that Mel Brooks created Get Smart?

Mel Brooks and Buck Henry devised the show, which premiered on NBC on September 18, 1965.

Agent Maxwell Smart (Agent 86) is played by Don Adams (who also directed the series), Agent 99 is played by Barbara Feldon, and Thaddeus the Chief is played by Edward Platt. 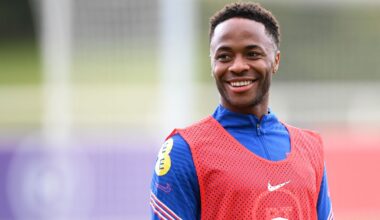 Read More
England national and Manchester City winger, Raheem Sterling, has a net worth of $45 million. On December 8,…
NNet Worth
An American vlogger, YouTube personality, and comedian, Jenna Marbles’s net worth is a staggering $8 million as of…