He appeared as one of the major and sarcastic characters on the sitcom “Friends,” which aired on NBC television from 1994 to 2004.

The sitcom was a huge hit and is one of the most viewed television shows of all time.

Apart from Friends, Matthew has also appeared on another TV show, “Studio 60 on the Sunset Strip.”

Similarly, Matthew has also appeared on big-screen, including “17 again” and “The Whole Nine Yards.”

To further expand his portfolio, he did voice-over and video games. He voiced Benny in the video game “Fallout: New Vegas.:

Likewise, he co-wrote, executive produced, co-created, and starred on the sitcom “Mr. Sunshine,” which ran on ABC from February to April 2011 before shutting down.

Furthermore, he also co-developed and even starred in another sitcom, “The Odd Couple,” from 2015 to 2017.

Matthew Perry: Net Worth and Income

Canadian-American actor best known for his role as Chandler Bing in American Sitcom Friends Matthew Perry has an astounding Net Worth of $120 million as of 2022.

Despite his roles in numerous television series and movies, Friends proved to be the most lucrative project for the actor.

At the time it started, it was just another cliché American sitcom, but when it started gaining viewers with its impeccable cast members and the legendary direction, it proved to be one of the most successful projects of NBC.

The six cast members, including Matthew Perry, earned a mere $22,500 per episode for the first season, which worked out about $540,000 for the season.

However, the salary of the major six characters was hiked to $40,000 per episode in the second season. Now the actors were making as much as double the salary of what they were paid first.

Nonetheless, their contracts were up and had to be renewed ahead of the third season.

The six cast members negotiated their pay and ended up with a deal that paid about $75,000 each episode on the third season.

Now that accounted for a total of $1.875 million for the whole season three.

Similarly, each of the six cast members made about $85,000 per episode and $2.04 million a season by season four.

Their popularity was slowly touching the sky, and for season five, they made $100,000 per episode with total earnings of $2.4 million for the season.

Ahead of season seven, it was time for renegotiating the salary. They received a massive pay raise in which they ended up earning $750,000 per episode for the seventh and eighth seasons.

The friend’s cast made about $18 million a season and $36 million in total for 58 episodes of the seventh and eighth seasons.

An estimated 51.1 million viewers were watching the finale.

Taking into account all the money they made each episode, the cast members of the Friends made about $90 million in a base salary alone, let alone the backend bonuses and ongoing royalties.

Luckily, the cast members renegotiated the contract for their royalties. As part of their 2000 contract, they could demand the backend points on the show’s sale into syndication.

Each of the major cast members makes about $10-$20 million in royalties alone without having to lift their fingers ever again.

Recently, the six cast members reunited for the most anticipated reunion of the Friends.

Reportedly, they were paid at least $2.5 million to revisit the show and its characters.

Net Worth of Matthew Perry in Different Currencies

Let’s have a look into Jennifer Aniston’s net worth in different currencies as of October, 2022.

Matthew Parry has quite a real estate portfolio. He has bought and sold some of the coolest properties over the years.

Let’s check out his current residence as well as some of the places he’s lived before.

His new house sans over 2,900 square feet with four bedrooms and four full and one-half bathrooms.

This cottage was built back in 1965 as a ranch home.

However, the place went on a major remodeling, replacing the old floor with Wheat Oak floors, adding LED lights, and of course floor to ceiling windows.

Similarly, the house is also equipped with smart home tech and an official recognition security system.

Waling in the large front door, there is a massive living and dining space with stunning views of the Pacific Ocean.

Similarly, there is a fireplace on one side of the room and a formal dining table on the other.

Most of the bathrooms on the property are designed modern and artistically.

Matthew’s master suite opens up for a private terrace with stunning views.

Likewise, the ensuite bathroom has Jack and Jill basin, sink, and tub.

A massive walk-in closet is made out of special cedar panels to keep out the pests.

The property is on the top of the hill. There is no in-ground pool, but there is a raised pool with a spa on the edge of the cliff with some gorgeous ocean views.

Outside of the property features tons of lounging areas with a fire pit.

Matthew Perry purchased this waterfront mansion back in 2011 for $12 million.

The beautiful is built in a contemporary style. Inside of the mansion spans about 5,500 square feet of living space with four bedrooms and three full and one-half bathrooms.

The inside of the house features a steel and wood floating staircase. There are warm wood floors and beamed with ceilings throughout. The main living room has a fireplace in the center.

There are several floors to ceiling windows for stunning views and to soak in some natural lights.

The master suite has an ensuite bathroom, and the suite itself offers a stunning view of the ocean.

Other features of this Malibu home include a movie theater with room for at least 10 and a small courtyard with a spa.

However, Matthew listed this massive property for sale in August 2020 for $14.9 million, but there were no interested buyers. The price was adjusted a couple of times before finally selling it to $13.1 million in 2021.

It takes up the entire 48th floor of the building, and it is even referred to as a mansion in the sky.

Perry purchased this extravagant condo back in 2017 for $20 million. The place spans over 9,000 square feet and is entirely circular in dimension.

There are four massive bedrooms in the unit. Perry even had an architect and interior designer to make it look perfect.

Similarly, the condo has four massive terraces with beautiful views of the city.

The unit even has a screening room which gives a batman vibe.

Matthew listed this condo for sale as well for $35 million in the summer of 2020. The price was later dropped to $27 million.

Clearly, these are not the only property Chandler Bing owns, and it would take forever to go through them one by one.

Matthew had another stunning modern mansion which he bought for $8.5 million in 2011. The home was first built in 1962 and later remodeled. It spans over 3,800 square feet over a single level.

It had three beds and four and a half baths.

Just like his taste in houses, Matthew has some of the gorgeous cars in his garage.

He loves driving in style.

Let’s go ahead and check out his collection of wheels.

The status symbol of every celebrity around the globe is Porsche.

Matthew Perry owns a sleek Porsche Panamera, which costs about $179,000.

Audi R8 is a quite stylish car, and it has not compromised with the performance.

The Chan Chan man owns a grey R8.  This sleek machine is equipped with a 5.2 liter DOHC FSI V10 engine that is capable of generating 562 brake horsepower and 413-pound feet of torque.

It comes with a 4.4-liter twin-turbocharged DOHC 32 valve V8 engine that generates 600 brake horsepower and 516 pound-feet of torque. Similarly, it has a seven-speed dual-clutch automatic transmission.

It comes with a V8 engine that produces 394 brake horsepower and 369-pound feet of torque.

The car has Getrag six-speed manual transmission. It can hit the top speed of 180 miles per hour and can go from rest to 60 in 4.3 seconds.

Lincoln Navigator is a full-size SUV that costs about $98,000.

It comes with a 3.5-liter twin-turbocharged V6 engine that produces 450 brake horsepower and 510-pound feet of torque.

Similarly, it has a six-speed automatic transmission.

It can sprint from 0-60 in 4.8 seconds, which is impressive for a big vehicle.

Matthew Perry had his share of ups and downs throughout his career. From struggling with substance abuse to getting sober, Matthew has been there done that.

You know what they say, the one who smiles a lot outside weeps deep inside.

His addiction began in early 1996. He was addicted to Vicodin, which led to a heavy amount of drinking.

He even entered rehab in 1997 for the first time at the Hazeldon center in Minnesota and spent about 29 days and stayed sober for the period.

Perry was hospitalized for two whole weeks for alcohol-related pancreatitis in May 2000. His appearances significantly changed during the gap between seasons 6 and 7.

You might have noticed the difference in his body if you are a fan of Friends.

He paused the filming of Serving Sara in February 2001 and went to rehab.

Upon returning after two and half months in a private rehab, he finished the filming of Serving Sara and returned to Friends. He was finally sober.

He even opened a Perry House, a sober living home for men in Malibu.

Perry underwent surgery to repair a gastrointestinal perforation in 2018 and spent three whole months in hospital.

Matthew Perry loves traveling to different locations for his work as well as just to chill and rejuvenate.

Apparently, Matthew has a villa in Cabo San Lucas, Mexico, which he claims to be his happiest place to be.

Matthew has been to Florence and Venice for a short trip but loved it while over there. He’s also stated that the two cities lived up to the hype.

He also loves Maui in Hawaii because of its beautiful weather.

Matthew Perry launched a limited-edition apparel line inspired by the sitcom Friends in 2020. The proceeds of which were donated to WHO’s COVID-19 relief fund.

Apart from these, Matthew has supported causes such as Autism, Children, Cancer, Hunger, and many more.

Matthew has been a part of Hollywood for a long time and has given us some unforgettable performances over the years.

Most iconic of all is, of course, Chandler Bing on the sitcom series Friends.

Apart from that, he is known for his performances in movies such as 2000 The whole Nine Yards grossed $26.32 million in the worldwide box office, 2009 17 Again, which grossed a whopping $132 million the box office.

His other project, Don’t Look Up, is set release this year.

Matthew began his acting career at the age of 18 after getting a break in A Night In The Life Of Jimmy Reardon”.

The iconic character Chandler Bing was set for someone else. He was not originally considered for the audition because he was involved in a TV drama called “LAX 2194”.

Nonetheless, the project slowed down, and Perry grasped the opportunity and landed on the role of Chandler Bing.

Recently Matthew Perry and his fiancée Molly Hurwitz called off their engagement after seven months.

Matthew has both Canadian and American citizenship.

Perry has dated some of the gorgeous women in Hollywood. In 1995 he dated Yasmine Bleeth. He even dated his on-screen girl from high school Julia Roberts from 1995 to 1996.

Does Matthew Perry have kids?

Perry does not have kids. In fact, out of six cast members of Friends, Jennifer Aniston and Matthew are the only two with no kids.

They consistently care and support each other off-screen. It has been nearly two decades since they stopped being on-screen roommates.

How much does Joey owe Chandler?

Well, the actual figure was never mentioned in the series. However, some brilliant minds have calculated it to be a little north of $100,000. 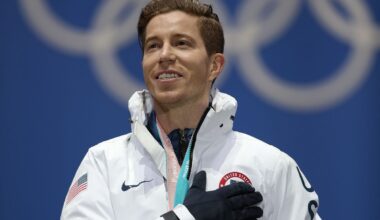 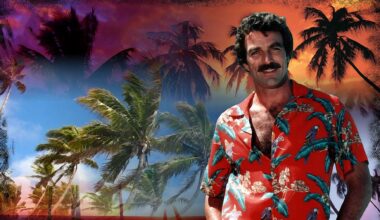