The first American self-made female billionaire ever, Martha Stewart’s net worth is a whopping $400 million as of August 2022.

Martha is an American businesswoman, TV personality, and writer who gained prominence through a number of business pursuits.

Yeah, $400 million is a lot of money, but it’s no billion dollars it’s because, after the dot-com bubble burst, Martha’s company’s market cap dropped by more than 50%, plunging her wealth.

Do you have what it takes to be as successful as Martha?

Well, you need to let go of your sleep.

That’s right, Martha is a woman with a strong work ethic and only sleeps 4 hours a night which is obviously one of many disciplines she follows.

You may be an insomniac and still be going nowhere in your life, so make sure you manifest your daily routine for something productive.

Let’s check out Martha’s lifestyle and business ventures, which have made her an astounding money.

Martha Stewart’s net worth as of August 2022 is a whopping $400 million. Here are some quick facts on businesswomen that can help you get acquainted.

One of the most successful and richest female entrepreneurs in the world, Martha Stewart’s net worth as of August 2022 is a whopping $400 million.

She has amassed an astounding fortune through her business empire, which includes TV, magazines, and home products.

Her company Martha Stewart Living Omnimedia, went public in 1999 with an explosive IPO.

Around this time, Martha was enjoying her heydays, and the day Martha Stewart Living Omnimedia was registered at New York Stock Exchange (NYSE), she became the first American self-made female billionaire in history.

The stock opened at $18 per share, and by the end of trading, the share price had upped to $38, which made Martha an instant billionaire even though it was just on paper.

Her paper net worth at the time was a staggering $1 billion.

Nonetheless, the stock price had plunged to $16 by February 2002.

She had to give up her billionaire status as the dot-com bubble burst, and everything collapsed, resulting in her company’s market cap to drop by more than 50%.

In 2019, Sequential sold its Martha Stewart assets for $175 million to Marquee Brands.

In 2001, Martha reportedly sold her 3,928 shares of ImClone Systems after receiving a tip from her broker at Merrill Lynch just to avoid a loss of $45,670.

She was traveling in her private jet while her broker tipped her off, and Martha concluded the trade before landing.

Even though she dodged the loss, in 2003, she was accused by US Government on nine counts, including obstruction of justice and securities fraud.

With this, she had to give her CEO and Chair position at MSLO.

After a highly publicized six-week trial, Martha was found guilty and was sentenced to a five-month term in a federal correctional facility in July 2004.

She served five months in prison, had a two-year period of supervised release, and paid $30,000 in fine.

While in detention, the stock of the company doubled and restored Martha’s billionaire status but temporarily.

The prices again plummeted by 47%, chopping off her net worth back to $500 million.

In 2006, U.S. Securities and Exchange Commission announced that it had agreed to settle the case against Martha.

Martha agreed to give up $58,062, including interest from the losses she avoided, plus $137,018 as a civil penalty under the settlement.

In addition to these, she agreed to ban from serving as CEO, director, and CFO of any public company for five years.

Net Worth of Martha Stewart in Different Currencies

Martha Stewart’s net worth as of August 2022 is $400 million. The following data shows how it looks in other currencies.

Businesswomen Martha Stewart has properties all across the country and is likely worth a little north of $100 million.

Martha purchased a 67-acre estate in Seal Harbor in 1997, which includes a 12-bedroom house. She acquired the property next door for $5.8 million in 2015.

Similarly, she owns a 152-acre estate in the town of Katonah, New York, that she calls Cantitoe Corners.

Martha owned a one-acre oceanfront property in Easthampton, New York, which she purchased in 1991 after splitting with Andrew Stewart.

She does not live in any of these units, but her daughter is still an occupant.

In addition to all these, Stewart has a condo on fifth avenue, New York City.

Martha Stewart is an automobile aficionado, and the notion goes beyond being an ambassador for Mercedes-Benz.

She drives some of the coolest cars ever produced.

She is always dressed great, always carries the same charm, and has a captivating personality which makes her a rare breed in showbiz.

Plus, she looks too gorgeous for an eighty-year-old.

Even though her travels has been limited because of her age, she still takes care of her business like a boss.

Martha is class in herself and whatever she dons makes a statement.

Some of her go-to designers include Hermes, Jil Sander, Ralph Lauren, and Ralph Rucci.

She does not wear fur since her daughter opened her eyes about the issue.

As for her physical health, Martha practices yoga each day for an hour and also works outs three times a week with her personal trainer Mary Tedesco.

She also maintains a healthy eating habit which comprises less meat and more veggies and fruits.

Each morning she intakes a green juice, a combination of fresh ginger, fruit, and leafy vegetables.

Martha is known for her work ethic and sleeps only four hours a night, which is one of the few reasons for her success.

In March 2005, Martha was released from prison.

She launched a highly publicized comeback and again got involved in a magazine and former TV program, Martha Stewart Living.

Similarly, she returned to her daytime TV show, The Martha Stewart Show, which aired from 2005 to 2010.

The show became so successful that it received a whopping six nominations at the 33rd Daytime Emmy Awards in 2006.

The show ran for two years under the name Martha, but this time, it was moved to Hallmark Channel.

Stewart’s company Martha Stewart Everyday began offering a line of products at Kmart and were expanded to include an interior paint line and ready-made furnishing.

Snoop and Martha also starred in a Super Bowl commercial together in 2017.

Furthermore, a Canadian marijuana company, Canopy Growth, announced Martha’s association with them in 2019.

Some of her other businesses include homewares for Macy’s, a line of carpet tiles launched with FLOR Inc, and a 24-hour satellite radio channel with Sirius.

After taking the business world by storm, Martha Stewart also dabbled in the world of words.

After moving to Westport, Connecticut, with her husband, Martha began working on a series of jobs and projects and started her own catering business.

She was contracted to carter a book release party by her husband, where she was introduced to the head of Crown Publishing Group, Alan Mirken.

Impressed by Martha’s cooking and hosting abilities, Alan developed a cookbook with her.

In 1982, Martha’s Entertaining was published, which was ghostwritten by Elizabeth Hawes.

She then went on to publish numerous books and also wrote columns for magazines and newspapers.

Martha Stewart’s net worth as of August 2022 is a staggering $400 million.

What is the age difference between Martha Stewart and Snoop Dogg?

The two have 30 years of the age gap but have this strong bond despite being an unlikely duo.

Who is Martha’s daughter?

Who is richer, Oprah or Martha Stewart?

Oprah is way richer than Martha. Martha Stewart’s net worth is $400 million, while Oprah’s net worth is a staggering $3.5 billion as of this writing. 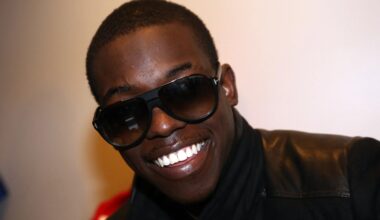 Read More
An American rapper and songwriter, Bobby Shmurda’s net worth is $400,000. Shmurda is considered one of the pioneers…
NNet Worth
The Canadian actor, comedian, filmmaker and entrepreneur, Dan Aykroyd has an astounding net worth of $200 million. Further,…