Ukrainian-American computer engineer and businessman Jan Koum’s net worth is an astonishing $12 billion.

He is best known as the co-founder and former CEO of the popular messaging app “WhatsApp.”

In 2014, Koum and co-founder Brian Acton sold WhatsApp to Facebook for $19.3 billion.

Koum was born on February 24, 1976, in Kyiv, Ukraine, which at the time was still a part of the Soviet Union.

He relocated to Mountain View, California, with his mother and grandmother in 1992 when he was 16 years old.

His mother worked as a babysitter while he worked as a janitor at a neighborhood grocery store. To make ends meet, they relied on food stamps.

From rags to riches, Koum has one of the most inspiring and successful journeys.

As of October 2022, Jan Koum’s net worth is a massive $12 billion. Let’s look at quick facts to understand more about Jan Koum.

Jan Koum | Net Worth and Income

Businessman and computer engineer Jan Koum’s net worth as of October 2022 is a whopping $12 billion.

The majority of Jan’s wealth comes from the money he made from the sale of WhatsApp to the biggest social media firm in the world for $19.3 billion in cash and stock.

On February 9, 2014, now Meta CEO Mark Zuckerberg formally offered Jan a proposal to join the Facebook board and invited Koum to dinner at his house.

Facebook revealed ten days later that it was buying WhatsApp for $19 billion.

Jan sold more than $2.4 billion worth of Facebook shares in the first half of 2016, which was roughly half of his overall holdings.

Due to disagreements with Facebook, Jan stated in April 2018 that he was departing WhatsApp and the board of directors.

Initially, it was believed that he would forfeit his unvested shares worth approximately $1 billion by departing.

Nevertheless, it was discovered a few months later that he was still officially employed by Facebook and had received $450 million in shares through a process known as rest and vest.

At the time of the transaction, Koum held around 43% of the business.

In October 2014, the billionaire acquired more than 76 million stocks of Facebook as well as about $2 billion in cash.

According to app intelligence data, more than six billion smartphones have downloaded WhatsApp.

Likewise, on May 31, 2019, his remaining holding of nearly $2 billion in Facebook shares was considered to have been sold because it wasn’t revealed in later filings.

Let’s look into Jan Koum’s net worth in different currencies, including the cryptocurrency Bitcoin.

Koum has properties in California valued at almost $450 million. In addition, Jan is the owner of a $100 million estate in the Northern California town of Atherton.

He invested $57 million over four years to purchase 5.6 acres of the most exclusive and expensive real estate in the US to build the compound.

Jan then started demolishing everything in the area to create room for his enormous custom property. He reportedly invested $20 million in the new buildings on the site.

Koum has property worth about $200 million down in Malibu.

He purchased a 14,400-square-feet mansion on a clifftop above Malibu’s Escondido beach for $100 million in August 2019.

Similarly, he paid $87 million for the house next door in February 2021.

Koum is a passionate vehicle collector who specializes in Ferraris and air-cooled Porsches.

In order to hold his massive car collection, he has a garage spanning over 10,000 square feet.

When he ran out of garage space at the beginning of 2019, he auctioned off 10 of his vehicles.

His collection includes various new and vintage Ferraris, including a Ferrari F12berlinetta, a Ferrari F12tdf, and more.

Jan is the owner of the superyacht Moonrise and her support vessel Nebula, as well as the yacht Mogambo and sister ship Power Play.

Similarly, he is not believed to be the owner of a private plane. Instead, it appears that he rents out airplanes using companies like NetJets.

Multi-billionaire businessman and computer engineer Jan Koum lives a luxurious lifestyle with a net worth of $12 billion.

Although Jan can somehow be seen as an entrepreneur, he doesn’t like the term.

Koum once tweeted, “Next person to call me an entrepreneur is getting punched in the face by my bodyguard.”

He believes he is not an entrepreneur because he just wants to create beneficial things, as opposed to entrepreneurs driven by the need to make money.

Evelina Mambetova has apparently been dating tech billionaire Koum since 2014.

The word of their romance somehow made it into the media despite their best efforts to keep it private.

Some even referred to Evelina as his wife, yet they haven’t exchanged vows. Instead, they continue to maintain a low profile and hardly appear in public.

Evelina, a well-known model from Ukraine, who was signed to Supreme Management in 2008 and started her career as a model.

She made her runway debut in the spring collection of New York Fashion Week not long after signing the contract.

Right now, his love life is going well, unlike the previous one.

A restraining order was issued against Koum in February 1996 by a state court in San Jose, California.

His ex-girlfriend described incidents in which Koum allegedly threatened her physically and verbally.

Regarding the restraining order, Jan said in October 2014 that he was ashamed of his behavior and that his actions compelled her to file a lawsuit.

Jan has helped a number of charities since he understands what it’s like to be poor and unfortunate.

In 2014, Koum gave a massive $556 million to the “Silicon Valley Community Foundation” and $1 million to “The FreeBSD Foundation.”

He founded “The Koum Family Foundation” in 2016 and donated $10 million to Stanford University in 2018.

Moreover, he has contributed tens of millions of dollars to charities relating to Jews and Israel.

He donated to the “American Israel Public Affairs Committee” a record-breaking $2 million in 2022 during the Democratic primary elections.

Likewise, Koum donated $140 million to roughly 70 Jewish organizations that operate in the US, Eastern Europe, and Israel between 2019 and 2020.

Additionally, he gave $600,000 to the “Maccabee Task Force Foundation,” which works to counteract anti-Israel sentiment on university campuses.

Jan also gave $175,000 to “The Central Fund of Israel,” a group that acts as a bridge between the USA and Israeli non-profits.

Jan struggled a lot during the initial phase of WhatsApp to make the company as it is today.

Even while WhatsApp’s growth seemed encouraging, operating it cost money.

For instance, the business spent thousands of dollars per month on SMS verification texts, which was far more expensive than their $5,000 monthly earnings in 2010.

Nevertheless, the company’s founders decided against taking compensation during the initial years.

They also contributed cash from their life savings to their startup.

Their patience and commitment ultimately showed it’s actual color, and by 2011, the funds began to flow.

Venture funders were interested in the program, but he and Acton were cautious of hiring just anyone.

Sequoia Capitals gave $8 million in 2011 and then $50 million the following year. The additional funds allowed for further expansion.

Moreover, he invested in “Noom” in 2019, a psychology-based virtual health platform offering wise advice on exercise and nutrition.

Koum was fascinated by programming by the time he turned 18.

He soon dropped out of school and worked at Yahoo! alongside Brian for the following nine years.

They left in September 2007 and took a year off while playing ultimate frisbee and traveling throughout South America.

When Jan bought an iPhone in 2009, he knew the App Store was about to launch a brand-new app market.

Koum contacted his friend Alex Fishman with an app concept, and they talked for hours about it.

He named the program WhatsApp and registered WhatsApp Inc. in California a month later.

Some Interesting Facts About Jan Koum

What was the idea behind WhatsApp?

Jan’s own unique experiences inspired him. Conversation with his family was irregular while he was a teenager due to the high cost.

By developing a simple cross-platform messaging program that made phone calls and texts more available to friends and family, he hoped to offer a solution for individuals in likewise situations.

Hence, he created the application.

Was WhatsApp successful from the beginning?

Only a few months after its development, on May 3, 2009, the WhatsApp mobile application was made available. But unfortunately, the app was a failure at first.

Where is Jan Koum now?

He is in California spending his time building up a portfolio in the real estate market. 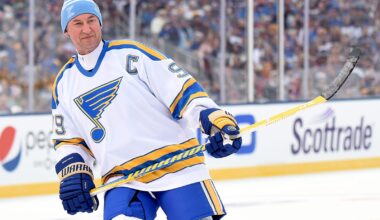 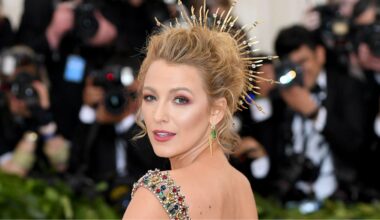 Read More
An American actress, model, and director Blake Ellender Brown known professionally as Blake Lively, has a net worth…