Clint Eastwood is a successful American film actor, director, and producer with a massive net worth of 375 million dollars.

He has appeared in more than 60 films and gave many blockbusters throughout his career.

Indeed, during his 60-year career span, Eastwood has had more life experience than most in Hollywood.

Clint managed to impress everyone in his career, both in front of and behind the camera. However, he started his journey with uncredited film roles and television appearances.

Following are some quick facts about the actor:

Clint Eastwood | Net Worth and Income

The successful American actor and director, Clint Eastwood has an impressive net worth of 375 million dollars.

Eastwood is a famous director and actor who has built a reputation among Hollywood’s successful faces. Since 1971, he has directed more than 30 films, and he has done great in his acting career, equally.

Truly, the Oscar-winning director gathered an astonishing body of work while also managed to become a top box office draw.

In 1964, Clint grabbed his first leading role in A Fistful of Dollars. The movie, released in Italy, was made on an estimated budget of $200,000 and managed to earn a domestic gross of $14.5 million, becoming a box-office hit. And, the actor earned $15,000 from the movie.

Similarly, in 1966, the actor starred in the all-time famous movie The Good, the Bad, and the Ugly. The movie was again a top-grosser, and for this, Eastwood received a $250K paycheck. Reportedly, he also demanded a Ferrari.

After 1970, the actor moved towards directing and directed plenty of box-office hits.

In truth, again, his directorial debut, Play Misty for Me, in which he starred too, earned 10.6 million dollars.

Located in an exclusive area of Pebble Beach, a 4.7-acre gated property of Clint Eastwood is priced at $9.75 million.

The actor owns many homes in Monterey County, and among them, Pebble Beach Estate is one.

The historic resort Mission Ranch sits on a massive 958,320 square feet of land with breathtaking views of Point Lobos, Carmel River Beach, and the Pacific Ocean.

An 1800’s ranch was preserved and restored by Clint Eastwood, who also happens to be a former Carmel Mayor.

The resort inn consists of 31 rooms within ten buildings on the property where people enjoy romantic getaways, weddings, corporate dinners, or family vacations.

Also, this ranch is the home of Mission Ranch Tennis and Fitness Club, which guests are welcome to enjoy during their stay.

Eastwood has his own elite private residential community in Tehama, Northern California.

In a spectacular area of Carmel with expansive views of the Pacific ocean, there is a number of eco-friendly homesites owned by the actor.

To detail, buying a 13-acre wooded lot in this sustainable community would require one to spend 1.5 million dollars, and to have a property on the hillside, few more millions have to be added.

Eastwood is, no doubt, a car aficionado. Over the years, the actor/director has put together an impressive collection of classic rides. Here are some of the beauties Clint owns!

Clint Eastwood is an actor who takes care of his lifestyle. Granted that, he worked out regularly, ate a good diet, drank moderate alcohol, and never did any drugs.

Well, he looks frail nowadays, but that is expected at 90, right? In particular, the active, clean and healthy lifestyle he lived always kept him strong, and he is still going so.

Clint Eastwood has contributed to several charities and stood up for good causes throughout his career.

Some of the foundations he supported are:

Eastwood is also a board Chairman of the Monterey Peninsula Foundation, the nonprofit organization that stages the annual AT&T Pebble Beach Pro-Am and distributes the proceeds to the charity.

Specifically, this organization annually awards grants to bring change in arts and culture, community and environment, health and human services, and youth.

Clinton Eastwood Jr. is an American actor, filmmaker, musician, and political figure who came a long way of success throughout his career.

While he was in the Army, he met Chuck Hill, and this must be Clint’s lucky break. And, with Hill’s help, Clint was introduced to the director Arthur Libin who was really impressed by his good looks and movie-star potential. Likewise, Eastwood also followed the advice of Libin by taking an acting class.

However, it was in 1959, he had his breakthrough role in the series Rawhide, after which he rose to fame.

In 1964, Eastwood was cast in A fistful of dollars, where he portrayed his first iconic role as “Man with no name.” Concurrently, the same character did a favor to several other great movies such as For a few more dollars and The Good, the bad, and the ugly.

In like fashion, Eastwood’s next iconic role was in 1971’s movie- Dirty Harry, which caused a stir in the cinema world and received few backlashes for how it showed the African American community.

However, Dirty Harry managed to become a classic in the history of American cinema.

Also, Eastwood was one of the finest directors of his time, and even today, he has maintained this legacy.

His directional debut was Play Misty For Me, which wasn’t a commercial success, but it proved the directing talent of the actor. In fact, he earned more accolades from his directing than his acting.

Follow this link to read about another great American actor Brad Pitt!

Here are the few notable salaries the actor received throughout his career!

Clint Eastwood was featured in 2012’s Superbowl commercial called Its Halftime in America. The commercial was produced for the Big Automobile manufacturers of the US, Chrysler.

In the two-minute commercial, Eastwood narrated a hope-filled message about the hardship in America.

After rising to fame, Eastwood wanted to control his films, and he was also displeased about the money he considered wasted by the big production company. He then decided to form his own production company and opted for the name “Malpaso.”

There exist many publications about the life and movies of Clint Eastwood, one of the greatest actors in American Cinema. However, the actor also has written some of the pieces solely or collaborating with other editors.

Currently, there are 26 books related to Clint Eastwood in Goodreads, among which the most popular book is The Rolling Stone Interviews.

Some other books penned by Eastwood are Clint: A Retrospective, Picture Letters from the Commander-in-Chief, The Directors: Take Three, Fool and His Bunny, The Bridges Of Madison County Memory Book, Gran Torino. Königs Erläuterungen and such.

Clint Eastwood Jr. was born on May 31st, 1930, in San Francisco to his father Eastwood Sr. and Ruth Wood.

His father used to be a steelworker, and his mother worked in a factory. During the period of the Great Depression, his family frequently moved throughout the Westcoast in search of work. Eventually, they settled in Oakland, California, where Clint attended both his junior high school and high school.

After, he started showing interest in acting and pursued some activities like piano playing, lifeguarding, and even a small effort in U.S Army.

Subsequently, he had his first success after appearing in the western TV series Rawhide. He rose to international fame after playing the role of “Man with No Name” in a couple of movies directed by Sergio Leone.

Eastwood married his first wife, Maggie Johnson, in 1953, with whom he had two children. The couple got divorced in 1984.

After his first marriage ended, the actor lived with Sandra Locke, an American actress, for over ten years. However, this relationship also came to an end with Locke filing a lawsuit that required Clint to pay more than seven million dollars.

In 1996, Eastwood married a television reporter, Dina Ruiz. The couple got separated after eighteen years.

Reportedly, Clint has eight children; two sons and six daughters. Among them, Scott Eastwood is the most famous, handsome actor who has appeared in several movies.

Three facts about the actor

Did Clint Eastwood turn down the role of James Bond?

When Sean Connery left the 007 franchise, Eastwood was offered the iconic role he declined. Not only that, but the actor also turned down the role of Superman when the president of Warner Bros offered him the role. Furthermore, the role of John Mcclane is another iconic role among many, which he refused as he did not want to go Philipines for shooting for 16 weeks.

Which movies of Eastwood won him an Oscar?

Many of Eastwood’s movies have been nominated several times for an Academy Award and won four of them. Namely, Million Dollar Baby (2004) and Unforgiven (1992) were the two films bagging four Oscars.

Was Eastwood fired by Universal Studios?

NNet Worth
A former professional NBA player David Robinson has a staggering net worth of $230 million Further, he is…
NNet Worth 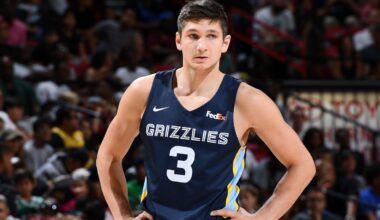