Hip Hop artist Birdman has a net worth of $100 million in 2021, making him the fifth richest rapper globally.

If anyone, who came from the street, has got massive success in hip-hop music, it must be Birdman.

Birdman is, indeed, one of the wealthiest rappers in the world. He began his rap career in 1990 and has released five albums since then.

As a result, his contribution to hip-hop in the 90s played an essential role in the development of the industry.

The rapper was born on February 15, 1969, in New Orleans to Johnnie Williams and Gladys Brooks as Bryan Christopher Brooks.

Unfortunately, Birdman lost his mother at a young age and was raised in a foster home. His childhood wasn’t sound.

He was a member of street gangs, involved in robberies, drugs, smuggling, even went to jail, and this is how an underdog rapper was born in the USA.

Here are some table facts on Birdman for a quick update

Once they got out of the prison, Bryan and his brother saw the trend of the emerging bounce sub-genre of hip-hop in the nightclubs of New Orleans at the time.

The brothers incorporated their own music house as the Cash Money Records in 1992. They traveled across Louisiana enjoying acts, trying to find artists to enroll in their new record label afterward.

Later in 1995, Birdman recruited Lil Wayne, which proved to be a blessing for his wealth in his last days.
Recruiting and managing the artists, Cash Money Records grew to be one of the biggest record labels in southern America, in the end.

Subsequently, the team was able to sign a contract worth 30 million dollars in 1998 with Universal records.

With the early success of Brook’s company, the rapper had a net worth of $40 million at the age of 22.

In early 2010, the rapper, in a joint venture with his brother, Slim, formed an oil and gas exploration company, Bronald Oil and Gas, LLC.

However, the evidence of the company’s presence was limited to a website.

Although Brooks said that he had been in the oil business for almost five years and made decent money out of it, the website indicated he was still looking for potential land acquisition and oil and gas leases.

Later in April 2016, Bryan launched his clothing line, “Respek” and “Rich Gang.” The Merchandise sells at a premium price among his fans with his quotes and face as graphics.

As of 2021, the net worth of this great rapper is $100 million. In conclusion, this has allowed Birdman to buy and invest in various real estate properties, Luxurious vehicles, Jewelleries, etc.

In his early life, he lived in a 10,948 square-foot mansion in Louisiana, hit by the deadliest hurricane, Katrina, in 2005. Since then, Bryan hasn’t returned to this eerie New Orleans home. Today, this property is worth 600 grand.

The hurricane destroyed almost $15 million worth of his real estate and properties.

Later, the hip hop king, Birdman, lived in a massive mansion he bought in 2012 for $14.5 million for many years.

To tell the truth, the mansion has a fascinating history. It was owned by Hip hop producer Scott Storch who paid $10.5 million in 2006 for the villa. Later, multi-billionaire Russell Weiner acquired the same estate in 2010

Sadly, he came up with a legal dispute with the bank and had to sell the house for $10.9 million in November 2019.
Nevertheless, he still owns several properties, including a $30 million condo in Miami.

Birdman’s motors are considered one of the best car collections in his industry, and of course, he can own several beasts with his wealth.

The collection includes a Lamborghini Aventador, which costs $500 thousand.

The Cash Money founder and CEO also owns a custom red Bugatti Veyron, the fastest and most luxurious brand for the wealthy top 1% of Americans. This beast with 1000 horsepower can cost $2 million.

$8 million Maybach Exelero is the king among his other cars, which he bought in 2011. A twin-turbo V12 engine powers this single-piece beast. Jay Z featured the vehicle in his music video, ‘Lost One.’

Imagine a watch that costs as much as a Bugatti. Even a Lamborghini owner dreams of riding a Bugatti.

The hip-hop mogul Birdman wears a Chopard Diamond watch that costs $1.5 million, the price of Bugatti Veyron.
Moreover, This vast and heavy 18 carats gold watch is covered with diamonds on its surface and has a leather strap. The dollar sign handle is made up of diamonds, as well.

You may have a glimpse in this video

Rapper Bryan has a very showy nature. Hence, he decorates his body with different pieces of jewelry, including a Cuban chain.

The Chain is covered with diamonds and is worth over $150 thousand.

To conclude, the Cuban chain is famous among the cholo artists. Rapper Zay-Z wore this hand-made jewelry for the first time.

The lifestyles of rappers look quite materialistic on TV. Their contents contain explicit situations and statements, as well.

It is obvious the hip-hop king, Birdman, has a lavish lifestyle. To summarize, the rapper has consolidated his lifestyle with his work. He shows how he lives his life in his music videos, not the script.

Birdman lives like a gangster. He loves to live between girls; Not to mention, Bryan has eight ex-girlfriends. Currently, he is dating Toni Braxton.

Besides materials, Bryan values relationships. He raised Lil Wayne as his son since he was 12; although, they later had a legal dispute.

Besides music, the rap mogul has a passion for tattoos. Not to mention, the rapper has even pierced the art on his face.

He believes in routine and discipline for success.

Rapper Birdman lives in Miami in a huge mansion, which seems vacation for him every day.

Despite that, he often flies different places in charted jets.

The fare varies based on the number of passengers, scheduling, routing, one-way or round-trip, etc.

Bryan Williams has, indeed, a very kind heart. He has been giving back to society since an early age.

Bryan has established his organization with his brother called The Johnny and Gladys Williams Foundation, named after their parents.

The foundation has been serving food to the street people of New Orleans for 20 years. They also get free health services.

Amidst the covid-19 pandemic, he covered the rent of hundreds of people in the New Orleans neighborhood for months. He donated $250,000 to a nonprofit organization called Forward Together New Orleans (FTNO).

In contrast, he serves for hunger, poverty, and business support causes.

The debut album was released in 2002 as ‘The Birdman.’ Luckily, he got success in his first solo album. In just five months, it grossed to number 24 in the US Billboard 200.

Yet, they faced lawsuits for copyright infringement by Thomas Marasciullo, who claimed Bryan used his voice without permission.

Besides music grossing, the artist earns decent money from live concerts and tours in different states. Not only that, but the rapper had also been to Africa in 2017 performing his shows.

The rapper is a celebrity and is quite active on social media.

Although the lawsuit went on for three years, they are again friends, and let’s hope they will collaborate in music in the future.

Is Birdman a gangster?

Officials say Birdman is, indeed, a member of Blood Gang.

Is Birdman richer than Lil Wayne?

Lil Wayne has more wealth than Birdman. In contrast, they are both super-rich. 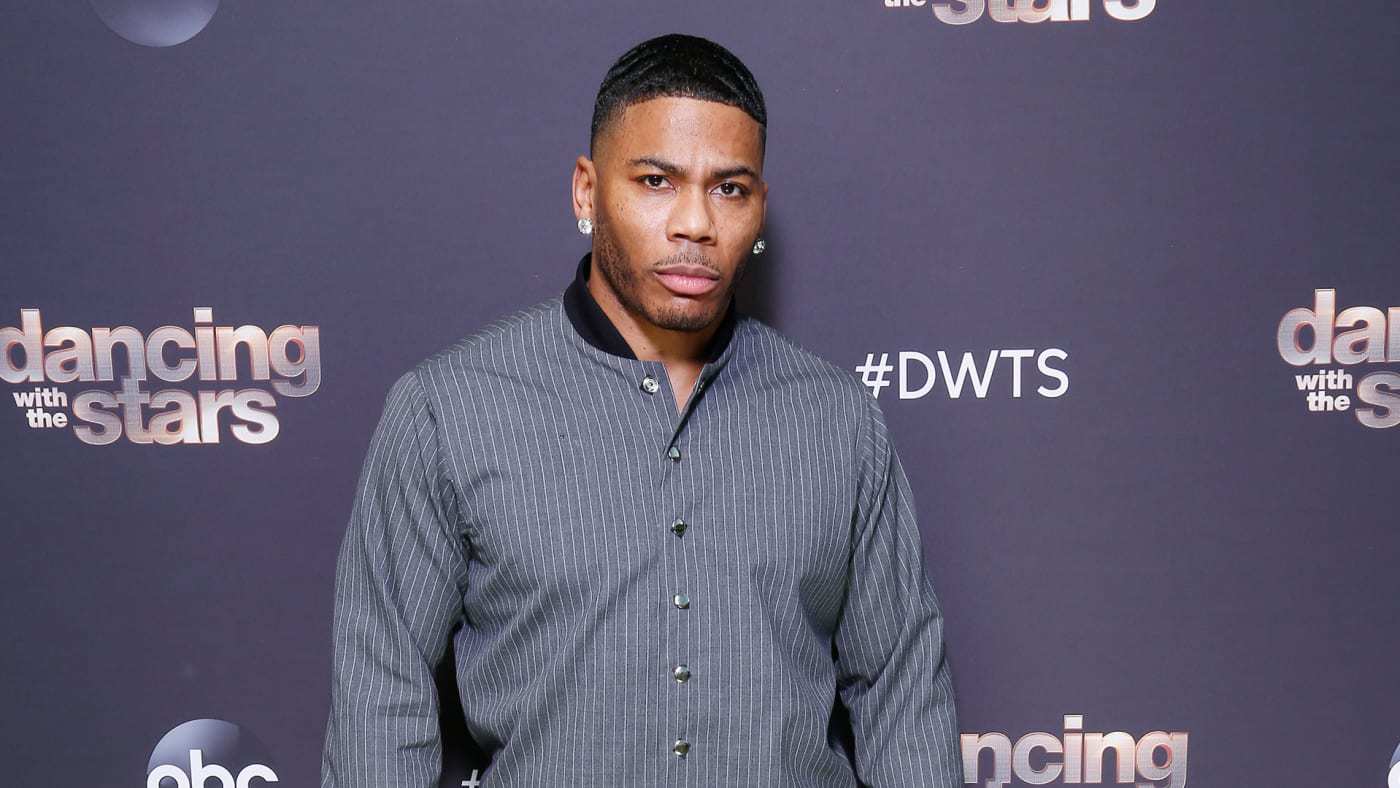 Read More
Nelly has a net worth of $8 million as an American rapper, singer-songwriter, and entrepreneur. Nelly gained initial…
NNet Worth
Drew Carey, one of the prominent American entertainers, comedians, and TV/game show presenter, has an astounding net worth…