Bill Gates has a net worth of US$144 billion as of May 2021, making him the fourth richest person on the planet.

In Albuquerque, New Mexico, he co-founded Microsoft with childhood friend Paul Allen in 1975. It grew to become the world’s largest tech provider for personal computers.

As Steve Ballmer took over as CEO in January 2000, Gates stepped down as chairman and CEO but continued to lead the company as its chief software architect. 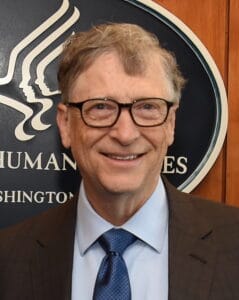 His business practices were deemed anti-competitive in the late 1990s, and several legal rulings supported that conclusion.

In February 2014, Gates resigned as the chairman of Microsoft’s board and took on a new position as a technology advisor to assist newly named CEO Satya Nadella.

Gates stepped down from Microsoft and Berkshire Hathaway boards in March 2020 to concentrate on his philanthropic activities, which include climate change, environmental health and sustainability, and education.

In October 2017, he was exceeded by Jeff Bezos, the founder, and CEO of Amazon, who had an approximate net worth of US$90.6 billion at the time, relative to Gates’ US$89.9 billion.

Bill Gates made the majority of his fortune as Microsoft’s CEO, chairman, and chief software architect (MSFT).

Since the company’s IPO in 1986, he has sold at least $40 billion in Microsoft shares and earned over $12 billion in dividends.

Although Gates stepped down as chairman in 2014, he still holds 1.34 percent of the corporation he co-founded.

He put the capital into Cascade Acquisition, a holding firm that has grown to include investments in businesses like Canadian National Railway and AutoNation.

Even though Cascade is not a public entity, it must report its investment activities to the Securities and Exchange Commission (SEC).

Some of Cascades other investments are:

Gates owns a stake in Branded Entertainment Network, a business that specializes in brand integration and advertising.

Gate founded and chairs TerraPower, a firm that designs nuclear reactors. He supports ResearchGate, a social networking site for academics and scientists.

Bill Gates has a sizable stock fund, but he still spends his wealth on real estate, including mansion estate and a private island.

Xanadu 2.0, the Gates mansion, is a stately pleasure-dome indeed.

The vast 66,000-square-foot complex is located on Lake Washington in the Seattle area, in the same prosperous neighborhood as Jeff Bezos’ house. 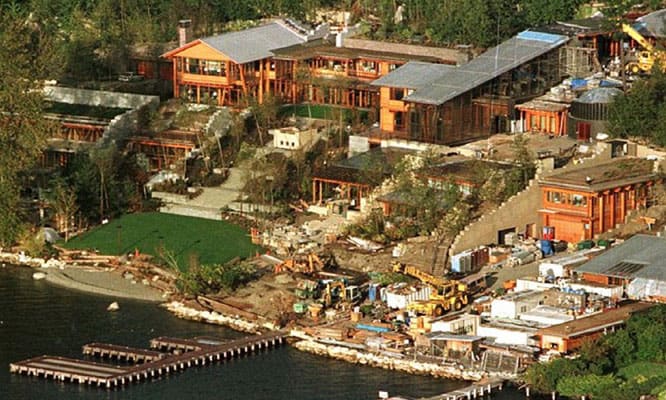 It’s worth more than $130 million, according to estimates.

There are the standard luxuries you’d hope to see in such a residence:

According to a 1995 New York Times post, a 20-car garage is built into the hillside.

In addition to the 60-foot indoor/outdoor pool, there is a trampoline room, a 2,500-square-foot fitness center, a movie theater in the Art Deco style. A touchpad operates the lighting, audio, and temperature controls.

According to the New York Times, the house was designed by architects James Cutler and Peter Bohlin. AD100 artist Thierry Despont designed the interiors after Melinda and Bill married in 1994.

The pair paid $43 million for an oceanfront house in San Diego in April 2020. 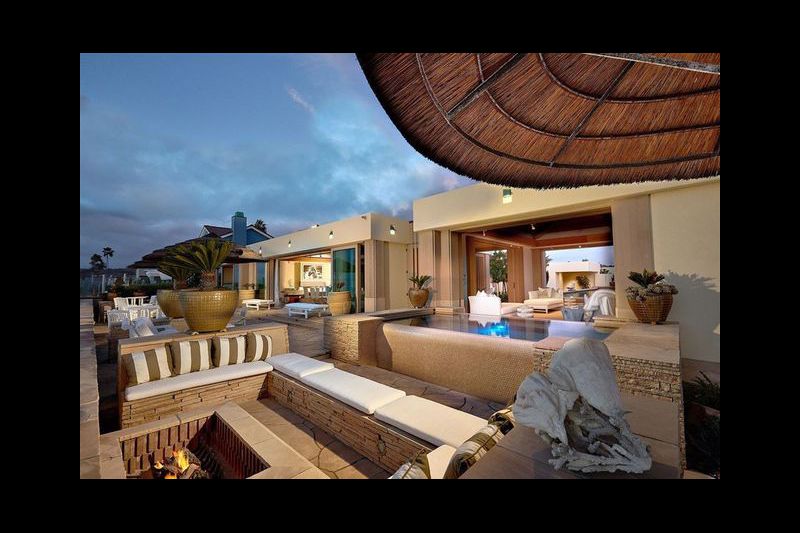 The property includes a six-bedroom, two guesthouses, a garden, a spa, a hot tub, and a tennis court, all designed by Ken Ronchetti in 1999.

It has a far more contemporary look than their Washington home, with lots of glass, brick, light trees, and ocean views.

A desert getaway with six bedrooms and nine bathrooms cost $12.5 million in 1999. It is 13,000 square feet and is bordered by a golf course.

Stables, a veterinarian’s clinic, a racetrack, and a guesthouse are all part of the farm, including a racetrack.

Bill and Melinda bought another horse farm in Westchester County, New York, in 2018.

Jennifer owns Evergate stables in Wellington, Florida, in addition to her farm in New York. It’s unclear if those were also given to her as a gift.

Gates admits to having some “old-fashioned” interests, including being a “professional bridge player” on Reddit.

Take a peek at his favorite pastimes:

Bill Gates is an avid reader who enjoys books of all genres.

Gates believes that reading helps people grow smarter. Gates read around 50 books a year on average. He even goes so far as to take a week-long trip to an isolated island simply to read.

Professor Vaclav Smil is one of Gates’ favorite authors who write about long-history topics like energy and innovation.

Beyond reading, Gates is an author who enjoys sharing his knowledge with others. His books include several well-known titles.

Among his famous works are;

On Gates’s notes, you can find his recommended books, authorships, and favorite reading.

Bill is passionate about collecting the most valuable works of art. It makes no difference if he needs to pay millions of dollars for it.

Some of his rare collection includes:

Bill Gates purchased this book at an auction in 1994 for a record price of $30.8 million. The book was the most expensive book ever sold.

It is one of Leonardo da Vinci’s most well-known films. The book is a compilation of his many scientific discoveries and writings throughout his life.

Lost on the Grand Banks (Painting)

Bill Gates purchased Lost on the Grand Banks, an oil painting. It cost him $36 million in 1998, making it the most expensive American painting in history.

Winslow Homer, a well-known American landscape painter, known for his work on marine subjects, painted it.

Polo Crowd, a 1910 painting by George Bellows, was purchased by Bill Gates for a staggering $ 28 million at an auction in December 1999. 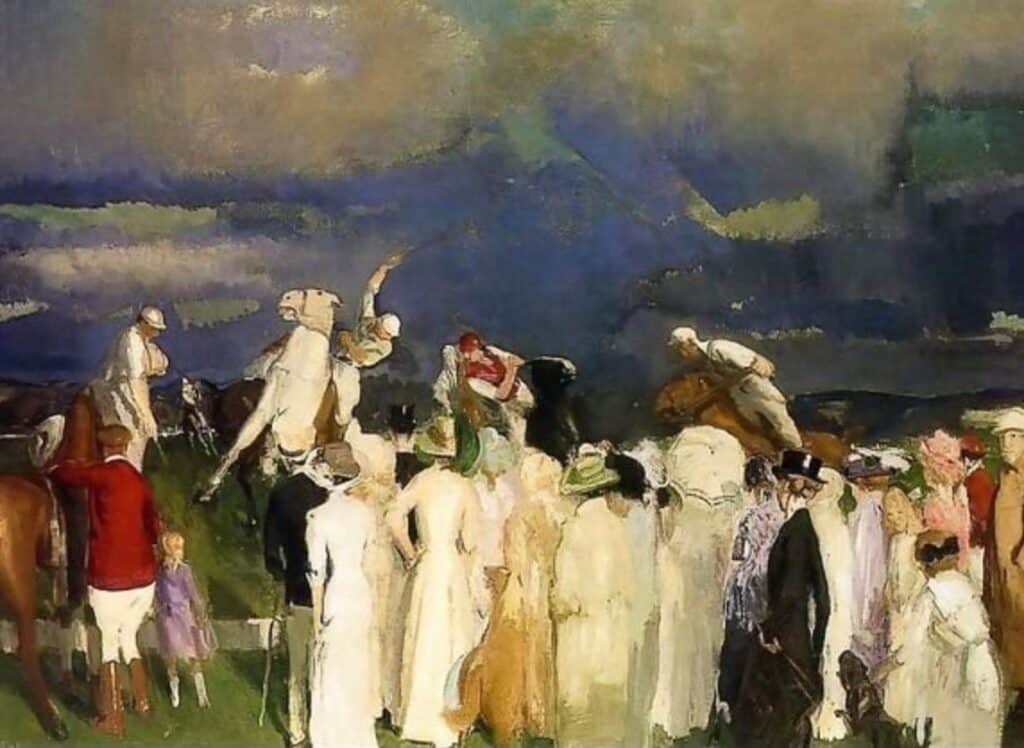 George was a phenomenal realist painter who specialized in depicting the horror and turmoil of New York City’s metropolitan class. 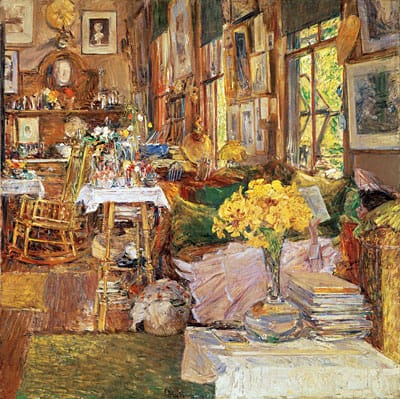 Frederick Childe was a prolific impressionist painter who introduced impressionism to American collectors, dealers, and museums.

It was one of William Merritt Chase’s finest works, completed in 1890.

He was more of a teacher than a painter, but when he was elected president of the Society of American Artists in 1880, he became the most influential figure in the art world.

Similarly, in 1996, Bill Gates purchased this artwork for $7 million.

Andrew Wythe’s Distant Thunder is one of the most well-known works of art from the twentieth century.

Andrew Wythe, a realist painter who tended to work in a regionalist style, is well known for Christina’s World.

He was, ironically, one of the most reviled musicians in modern memory.

Bill has a wide range of musical tastes. Frank Sinatra is one of his favorite artists.

Bill Gates, one of the world’s wealthiest guys, didn’t wear a watch until recently.

He now wears a SPOT watch that tells him the time and provides him with news through FM transmission.

Bill Gates is a guy who enjoys traveling.

As of 2018, he claimed to own two Bombardier BD 700 Global Express aircraft and a Cessna 208 by Challenger Administration LLC. (Michael Larson, a representative of Cascade Investment, is an executive at Challenger.)

These 2 Bombardier planes, each costing $45 million, are ultra-long-range corporate sky horses with a range of 6,700 nautical miles at 0.8 Mach.

In addition, Gates owns a fractional share of at least one NetJets plane by his NetJets membership.

Bill Gates has long been a Porsche enthusiast. Here are Gate’s selections from Porshe’s collection:

It’s love at first glance with the Porsche 911 Carrera.

With its superb aesthetic appeal and gleaming sides, it is much more than just a car. A 3.4-liter 24-valve 6-cylinder engine produces 296 horsepower and 258 lb-ft of torque under the hood. In addition, the rear-mounted, water-cooled engine has incredible acceleration, accelerating from 0 to 60 mph in just over 5 seconds.

The 1988 Porsche 959 Coupe, once known as the world’s fastest street-legal production car, was first launched as a Group B rally car.

It was the advanced road-going sports car ever made and the forerunner to all future supercars. Just 337 units were made, making it a true collector’s item. Bill Gates’ 959 is the subject of a fascinating tale.

Bill Gates purchased the Porsche 930 in the early days of Microsoft.

In fact, it was the fastest production car available in Germany at the time of its arrival. Also, it was a top-of-the-line standard for the period of its production.

Mercedes, BMW, and a Corvette:

Gates has also been photographed in a Mercedes S Class and a BMW 7 Series.

And, of course, he’s spent a lot of time in limousines.

The Porsches he drives are the only luxury cars he has, and he does not appear to drive a Ferrari or Lamborghini.

Among all, his Chevrolet Corvette is said to be his proudest possession.

He takes a helicopter to this location, which has no ski lifts and no human settlement, whenever he wants a break from his non-profit organization Bill & Melinda Gates Foundation’s hectic travel and job schedule.

His net worth peaked at $100 billion in 1999. After using today’s values and correcting for inflation, that was worth $153 billion.

Since 1994, he has donated more than $50 billion to charities. On the other hand, his fortune has risen faster than the money he has donated.

Gates and his wife merged three family foundations in 2000, and Gates pledged $5 billion in stock to establish the charitable Bill & Melinda Gates Foundation.

The foundation was named the world’s most prosperous charitable foundation by the Funds for NGOs Corporation in 2013, with assets worth more than $34.6 billion.

The Bill and Melinda Gates Foundation is dedicated to addressing the world’s largest inequities for more than two decades.

Gates has also contributed personally to educational institutions and a venture capital firm seeking a cure for Alzheimer’s disease.

During the coronavirus pandemic, Bill and Melinda Gates Foundation had donated a substantial sum of money to scientific and humanitarian causes.

Bill and Melinda Gates have declared their divorce after 27 years of marriage, saying in a joint statement that they “no longer think we will flourish together as a couple in this next step of our lives.”

Gates is the world’s fourth-richest man, according to Forbes.

Melinda Gates, on the other hand, Melinda Gates is one of the world’s most influential women.

The news of Bill and Melinda Gates’ divorce begs the issue of what will happen to Gates’ vast fortune.

According to the index provided by Bloomberg Billionaires, the couple worth a combined $146 billion has given no public indication of their financial intentions. However, they have said that they will continue their philanthropy together.

On the other hand, separating money could be more difficult for Bill and Melinda Gates than splitting the Bezos fortune.

“It’s been a hard time for our whole family.”

“It is not a 50-50 split,” said Janet George, a family lawyer with McKinley Irvin’s firm in Washington. “Depending on what is just and fair, the courts will grant more or less.” She claims that the people will never know how they share the fortune to be concealed under secret contracts.

As a result, we can assume that with $146 billion on the line, Bill Gates might no longer be among the world’s wealthiest people.

The final notice will be reissued once more, so let’s wait for that.

Bill Gates facts that would astound you

What is Bill Gates IQ?

Bill Gates has an IQ score of 160, the highest score among the world’s technology CEOs.

Which phone does Bill Gates have?

How much does Bill Gates make in a second?

NNet Worth
Dave Chappelle is one of the prominent American entertainers, comedians, actors, writer, TV show presenter has an astounding…
NNet Worth
20th richest person in the world and second moneyed woman on the planet, Alice Walton’s net worth is…