An American actor and comedian, John Leslie Coogan, aka Jackie Coogan’s net worth was $15 million at the time of his death.

Jackie began his career as a child actor in silent films.

You’ve probably seen Charlie Chaplin’s classic film The Kid, which was released in 1921. Coogan portrayed Jack in the movie.

His role in the film made him one of the first child stars in the history of Hollywood.

Coogan was able to renew his fame in his middle age by portraying Uncle Fester in the TV series The Addams Family.

He then appeared in tons of films and TV shows, further cementing his legacy in the industry.

Coogan was one of the most decorated stars in Hollywood, with more than 145 actor credits to his name.

Here are some quick facts about Jackie Coogan:

Coogan rose to prominence as a child actor. When he made his demise, he was worth just a little over $15 million.

Nonetheless, I think the figure does not match the level of stardom Coogan had garnered throughout his career.

If you are thinking the same, you are right.

Imagine waking up in the morning and learning all of the fortunes you’ve amassed with sheer dedication and hard work are completely gone.

That’s the worst nightmare of any actor in showbiz.

However, that’s exactly what happened to Coogan. Jackie had amassed around $70 million from his acting pursuits.

However, his money was completely squandered by his own parents on extravagant cars, jewelry, and clothes.

Coogan’s story was so distressful that it actually changed child actors’ laws forever.

He sued his stepfather and mother over his squandered earnings and aggravated California to pass the first legal protection for the income of child performers.

The law is widely known as Coogan Act.

In 1921, Charlie Chaplin’s The Kid was released, which made $2.5 million at the box office and became the second highest-grossing movie of the year.

For his role as Jack, Coogan was paid $75 a week, which is about $957 in today’s dollars over the course of 36 weeks’ production schedule.

In total, the seven-year-old made around inflation-adjusted $100,000 from the film.

After a few films, he was a full-blown movie star.

However, his best deal was yet to come.

Coogan landed the best deal of his life in 1929 when Metro-Goldwyn-Mayer signed him in a contract worth $500,000.

That’s around $7 million in today’s money. But that was not all.

Coogan was also offered 60% profits from all films under MGM.

His first film under MGM was a smash hit, grossing over $11 million at the box office, which is about $150 million today.

In total, as a child actor Coogan earned $3-$4 million, around $70 million today.

After Coogan discovered all of his money was gone. He sued his mother and stepfather in 1938.

The actor was so broke that he had to borrow money from Charlie Chaplin.

Net Worth of Jackie Coogan in Different Currencies

Here’s a look at Jackie Coogan’s net worth in different currencies, including Bitcoin

Despite the financial troubles which he had to go through because of his parents in his early twenties, Jackie lived quite a life as a Hollywood superstar.

From starting his career as the doe-eyed sidekick in one of Chaplin’s famous films, The Kid, at the age of seven to achieving a true Hollywood superstar feat, the actor lived through all.

He was the highest-paid actor in Hollywood at the time too.

After starring in 1922’s Oliver Twist, Coogan became a complete Hollywood superstar. Coogan’s appearance in the film marked one first instance of any actor appearing heavily on merchandise.

He became so famous that fans raced to buy Jackie Coogan-themed whistles, dolls, records, stationery, and surprisingly even peanut butter.

Moreover, throughout his life, Coogan was married four times and had four children in total.

While his first three marriages with actresses were short-lived, Dorothea Lamphere stayed married to Coogan until he released his last breath in 1984.

Similarly, Jackie also had a grandson named Keith. Footage of Coogan with his grandson can be seen in the 1982 documentary Hollywood’s Children.

Coogan died in 1984 in Santa Monica, California, at the age of 69 because of heart failure.

The later actor had been suffering from heart and kidney ailments for a long time.

Jackie had a long history of hypertension and heart trouble and had previously suffered multiple strokes.

His funeral was open to the public as per his request and was attended by an abundance of fans.

His co-star from the TV series The Addams Family, John Astin, delivered the eulogy.

Coogan always donated his time and money to different charities and nonprofits in his time.

In fact, he toured across Europe and United States in 1924 on a Children’s Crusade as part of a fundraiser drive.

The fundraiser provided $1 million ($14.8 million today) worth of food, clothing, and other contributions.

The actor was honored in Greece, where he had an audience with Pope Pius XI, and in America by the officials for his contribution.

Moreover, Jackie was also a member of the Catholic Motion Picture Guild in Beverly Hills and Good Shepherd Parish.

Jackie Coogan was super successful on both small screen and silver screen.

As mentioned before, he has over 145 acting credits.

However, his first screen appearance was not Chaplin’s The Kid in 1921.

In 1916 Coogan was cast in Skinner’s Baby, his debut screen appearance. At the time, he was only 18 months and was not credited for his part.

Similarly, he was cast in the 1919 short film A Day’s Pleasure, his second uncredited role.

Following that, he appeared as a child actor in several hit films.

He slowly went on starring on the small screen as an adult and became equally successful.

He starred as Stoney Crockett on the syndicated series Cowboy G-Men from 1952 to 1953.

Similarly, some of his other notable TV works include The O. Henry Playhouse, Climax!, and Playhouse 90.

Moreover, from 1964 to 1966, Coogan appeared as Uncle Fester in ABC’s The Addams Family.

Long story short, it would not be wrong to say that Jackie worked almost all his life.

He spent all his life in front of the camera, beginning from 18 months to 68.

His last role was Lester Tile in the 1983 film The Prey, the year before he died. In the following year, Hollywood lost one of the greatest showmen in cinema history. Rest in peace, Legend!

Coogan was born Jackie Leslie Coogan in 1914 in Los Angeles, California. His father was John Henry Coogan Jr., and his mother was Lillian Rita Coogan.

Jackie was a natural mimic and impressed Charlie Chaplin with his acting abilities.

As for his education, Jackie was tutored until he was 10.

Similarly, he enrolled in several colleges as well as the University of Sothern California.

Nonetheless, he dropped out of Santa Clara University in 1932 because of poor grades.

What is Coogan Act?

The California Child Actor’s Bill, which is also known as Coogan Bill or Coogan Act, is a law applicable to child actors, designed to protect a portion of their income for when they reach the majority age and protect them from abuse and exploitation.

Coogan Account is named after the actor Jackie Coogan. It is a special blocked trust fund account created at a bank, brokerage firm or credit union.

The parent is the Trustee on the Coogan account. 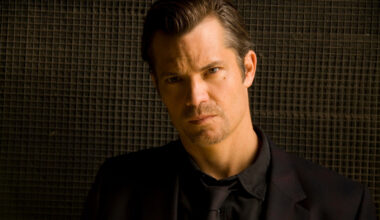 Read More
An American actor, Timothy Olyphant, possesses a staggering $20 million net worth as of . Timothy David Olyphant…
NNet Worth 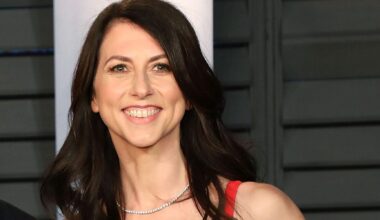 Read More
The former richest woman in the world, MacKenzie Scott, has a net worth of $59 billion as of…