2015’s hit ‘Love Me Like You Do’ singer Ellie Goulding has an impressive $30 million net worth.

She was the second artist to win the BBC’s annual Sound of the poll in 2010.

The same year, she won the Brit Award and Critics Choice Award.

Her debut album Light peaked at No. 1 on the UK Albums Chart, selling over 850,000 copies in the UK.

Subsequently, “Lights” became Goulding’s highest-charting single on the Billboard Hot 100, landing at No. 2 in the United States.

Moreover, Goulding contributed a single called “Bittersweet” to the soundtrack of The Twilight Saga: Breaking Dawn – Part 2. The movie was released on November 13, 2012.

The official music video for “Burn” was released on July 7, 2013, and it became Goulding’s first single to reach number one on the UK’s Official Singles Chart.

Goulding was nominated for a Grammy Award for Best Pop Solo Performance for “Love Me Like You Do” on December 7, 2015.

In the United Kingdom, the single held the record for the most-streamed music with streaming over 2.58 million times in a single week and worldwide (streamed 15.5 million times)

So far, she has received 17 trophies and 66 nominations, including a Grammy nomination for the 58th Grammy award.

Despite her enormous popularity in the United Kingdom, she has acquired international recognition due to her hit singles and albums.

She made her riches from the records she released and sold.

Not only from relying on her album sales but also from the tours and concerts she attended worldwide.

Ellie Goulding is known for creating the majority of her own songs and playing the drums, piano, clarinet, and guitar.

Ellie Goulding’s net worth has grown over time as a result of several brand endorsements.

Inside the flashy and colorful life of stars, there hides their hidden uneasiness.

Elena, aka Ellie, is no different as she also became the victim of this unpleasantry star-studded lifestyle.

She has come out about her struggles with mental illness on multiple occasions.

She claims that a gym workout and boxing have helped her overcome panic attacks and anxiety.

Moving to her hobbies, she began playing the clarinet at the age of nine and began learning the guitar at fourteen.

Moreover, Goulding used to be a vegan and now follows a low-carb diet.

Ellie Goulding and her husband, Caspar Jopling, were separated during the final weeks of quarantine; he was in Oxford, England, while in London.

But now, the two are enjoying a sun-drenched tropical vacation together.

Earlier in 2018, The ‘Love Me Like You Do‘ hitmaker was spotted vacationing with royal princess Beatrice and Karlie Kloss in the Wadi Rum desert in southern Jordan.

She has been spotted vacationing in Thailand as well for the occasion of New Year.

Her real estate holdings are said to include a 1.3 million-pound home in Worcestershire.

Similarly, she holds a 1.6 million pound house in West London.

The house is located on Oldbury Place in Marylebone High Street in London.

Ellie drives Range Rover Velar as it made its spectacular US debut.

In fact, she is the first person to drive the new Velar and perform live for a worldwide audience via the internet.

This is a higher starting price than many other luxury midsize SUVs in the class.

Although she has appeared in several music videos …she has not been much engaged in many movies.

On April 7, 2011, she made her American television debut on Jimmy Kimmel Live!, performing “Starry Eyed.”

Ellie Goulding reportedly invested  3.4 million pounds on a “slew” of properties throughout England in 2019.

These are reportedly solely investment properties, and Goulding is unlikely to visit them unless she oversees renovations and developments.

The agency intending to boost the brand’s marketing during the summer months.

Together with fruit and alcohol infusions, the water-based drink will be advertised as a healthy alternative to sugar-sweetened alcoholic beverages.

She became a brand ambassador for Pantene with the slogan “Strong Is Beautiful” and is promoting on television and the Pantene website.

She has also collaborated with Nike on several significant commercials.

As well, Ellie Goulding contributed her voice to John Lewis, a department store company in the United Kingdom, in 2010.

She modeled for Marks & Spencer’s “Womanism” campaign in 2013.

Similarly, in June 2015, Ellie was represented as the face of M.A.C Cosmetics.

Fitter. Calmer. Stronger. is Ellie Goulding’s debut book, which will be released later this year.

The pop star’s favorite foods and workouts, as well as her “training principles,” will be included in the book.

The theme sounds to be promising, as it is “Becoming the brightest, strongest version of yourself.”

Not only prioritizing her music career, but Ellie Goulding has also donated to several organizations over her career.

She contributed one dollar for every copy of her mixtape for the Free the Children campaign, sold in 2012.

On June 1, 2013, Goulding performed at Gucci’s global concert event in London as part of the company’s “Chime for Change” campaign.

The main of the campaign is to raise awareness of women’s issues such as education, health, and justice.

Goulding has frequently appeared on the BBC’s annual charity Children in Need in the United Kingdom.

The song “How Long Will I Love You” by Ellie Goulding was the official single for the 2013 Children in Need campaign.

She also attended a number of charity concerts to raise funds and awareness for underprivileged children, women’s issues, the 2014 Ebola crisis, environmentalism, social justice, and homelessness, among other causes.

Above all, Goulding received a Global Leadership Award from the United Nations Foundation in 2017 for her philanthropic activity.

The following year, Goulding became a Goodwill Ambassador for the charity.

Her career took off When she met record producers Starsmith and Frankmusik, who later became the primary producer of Lights.

She spent the next few years creating songs for several well-known singers and appearing on several albums as it was equally important.

Goulding’s song “Love Me Like You Do” was featured in the soundtrack for the film adaption of the romance novel Fifty Shades of Grey in early 2015.

Unquestionably, the song was nominated for Best British Video and British Single of the Year as she rightly deserved.

She went on to work with a variety of well-known artists such as Sean Paul, Swae Lee, and Juice Wrld, among others.

The album debuted at No. 1 in the UK Album Chart, becoming Goulding’s third to do so, and No. 2 in Scotland as well.

Who has Ellie Goulding dated?

Is Ellie Goulding part of the royal family?

Since performing at Prince William and Kate Middleton’s wedding in 2011, Ellie Goulding has been linked to the royal family. As a matter of fact, she even dated Prince Harry and is closest to Princess Beatrice.

Who is Ellie’s dad?

Her father’s name is Arthur Goulding. When she was five years old, he abandoned his family for unexplained reasons, and Goulding claims she has no desire to know why. 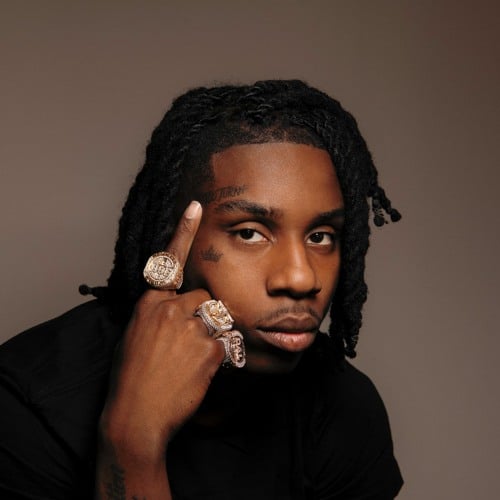