An American investor, businesswoman, and politician Carly Fiorina has a net worth of a whopping $70 million.

Fiorina is best known for her time as CEO of the multinational IT company Hewlett-Packard, in short HP.

She served as the CEO and Chair of the company from 1999 to 2005 before being forced to resign over boardroom disagreement.

During her tenure, she also became the first woman to lead a Fortune Top-20 company.

After resigning from the position at HP, Carly tried hands with politics by running for the United States Senate in 2010.

Unfortunately, she was not elected a Senator as well as the Republican presidential nomination in 2016.

However, she was an advisor in the 2008 presidential campaign to Republican Senator John McCain.

Here are some quick facts about Carly Fiorina:

An American businesswoman and politician, Carly Fiorina’s net worth as of 2022 is $70 million.

Carly served as CEO and Chair of HP for about six years which got her both fame and fortune.

After resigning from HP, she served on the boards of a variety of companies, further increasing her fortune.

In 2015, Fiorina submitted her financial disclosures as part of her campaign for the Republican presidential nominations.

According to her form, she and her husband Frank had a total net worth of $59 million at the time.

It also included that in 2013 she had an income of $13 million from various business pursuits.

Other disclosure reports listed a wider range of their combined fortune, ranging from $30 million to a huge $120 million.

Carly earned over $100 million during her six years in Hewlett-Packard. This included a $21 million severance package that she got when she left the company in 2005.

The package included a $3 million signing bonus and a $1 million annual base salary, the latter of which would rise to as much as $5 million a year, including bonuses.

Similarly, she also received tens of millions worth of stock grants as part of the package.

Here is what Carly Fiorina’s net worth looks like in some of the major currencies around the world:

The former HP CEO Carly has traded many real estates over the years.

Similarly, Carly also owned a condo in Georgetown, a neighborhood of Washington, between 2005 and 2012.

In 2011 Carly and her husband Frank paid $6.1 million for a six-bed ten bath Colonial on Gunston Road in Lorton, Virginia.

The house sits on five acres of land and features a hot tub, wet and dry steam rooms, and an exercise room.

She lives a comfortable and fulfilling lifestyle. She is a simple woman and does not like to flaunt her riches.

Carly was raised Episcopalian. However, she is not a regular churchgoer. The former CEO was diagnosed with stage II breast cancer in February 2009.

She underwent chemotherapy, radiation therapy, and a double mastectomy at Stanford Hospital. Chemo caused her to temporarily lose her hair. She is all better now.

Fiorina married Todd Bartlem in 1977. Todd was her classmate at Stanford.

While still married to Todd, she began an affair with AT&T executive Frank Fiorina.

She divorced Todd in 1984 and ended up marrying Frank in 1985. It was the second marriage for both of them.

Frank had two daughters from his prior marriage to Patricia. Carly helped her spouse with raising his daughters.

If Carly Fiorina is known for anything other than her former CEO position and political career, well, it has to be her philanthropic activities.

As mentioned before, she has served on the board for several non-profit organizations.

She became the chair of the nonpartisan, non-profit organization Good360 in April of 2012.

The organization is based in Alexandria, Virginia, and works to help companies donate excess merch to charitable organizations.

In 2014 Carly led an effort by Good360 to help combat the Ebola virus in West Africa by donating specific merchandise.

She stepped down from her position in 2015.

Aside from that, Carly has been involved in organizations and charities such as One Woman Initiative, Opportunity International, and Colonial Williamsburg Foundation.

Carly serves as the CEO and chair of the Fiorina Foundation.

The foundation has donated to many causes, including the African Leadership Academy, Care-a-Van for kids, and South African educational institutions.

In July 1999, Carly Fiorina was named the CEO of Hewlett-Packard. She succeeded Lewis Platt.

She also received a larger signing offer than any of her predecessors.

During her tenure, Carly was named the most powerful woman in the United States for five back-to-back years by Fortune.

Fiorina oversaw several big technological mergers during her time as the chair of the company.

She at first proposed the acquisition of PricewaterhouseCoopers (PwC) for about $14 billion but later withdrew the bid.

It was later acquired by IBM for $4 billion.

Carly announced the addition of the largest PC maker and HP’s rival at the time Compaq for $25 billion in September 2001.

However, the merger was not easy for Carly as she had to fight with the board.

The New York Times expressed it as the most questionable deal of all time in 2011.

Whatever the case was, during her tenancy, the revenue of HP doubled, and cash flow increased by almost 40%.

Nonetheless, it failed to make net income, debt increased majorly, and the stock price plunged by 50%.

After she was forced to resign from her position, the company brought back the former employee Tom Perkins.

Interestingly, this resulted in a 7% gain in stock value.

After resigning from HP, Carly served on the boards of many companies, including Cybertrust and Revolution Health Group.

She became the board of members of the Taiwan Semiconductor Manufacturing Company in 2006. She held the position for three years.

Carly also worked as a commentator for Fox Business Network in 2007.

She became a member of the MIT Corporation and the Foundation Board of the World Economic Forum.

As of October 2022 Carly Fiorina’s net worth is a massive $70 million.

Carly Fiorina has authored several books over the years.

She published an autobiography titled Tough Choices in October 2006.

The book highlights her career and also talks about how women can thrive in business and the role of technology in reshaping the world.

Several other authors have written about Carly’s role in the merger at HP in their books, including 2003 Backfire and Perfect Enough: Carly Fiorina and the Reinvention of Hewlett-Packard.

Moreover, in 2019 Carly published another book named From Secretary to CEO.

Carly was born in Austin, Texas, to father Joseph, a professor at the University of Texas School of Law, and mother Madelon, an abstract painter.

After that, she enrolled at Stanford University and obtained a BA degree in 1976.

Following that, she went to UCLA School of Law but dropped out.

Nonetheless, she pursued her education further and, in 1980, earned an MBA from the Robert H. Smith School of Business at the University of Maryland.

She obtained an MS degree nine years later from the MIT Sloan School of Management.

What is the current revenue of HP?

Is Carly a Democrat or Republican?

Carly Fiorina is a Republican.

Who is the current CEO of HP?

The current CEO of Hewlett Packard is a Spanish business executive Enrique Lores. He has been serving as CEO since November 2019.

NNet Worth
Jamie Dornan has a net worth of $14 million. Jamie Dornan is an Irish model and actor best…
NNet Worth 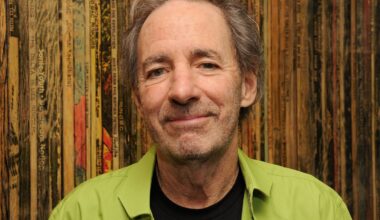